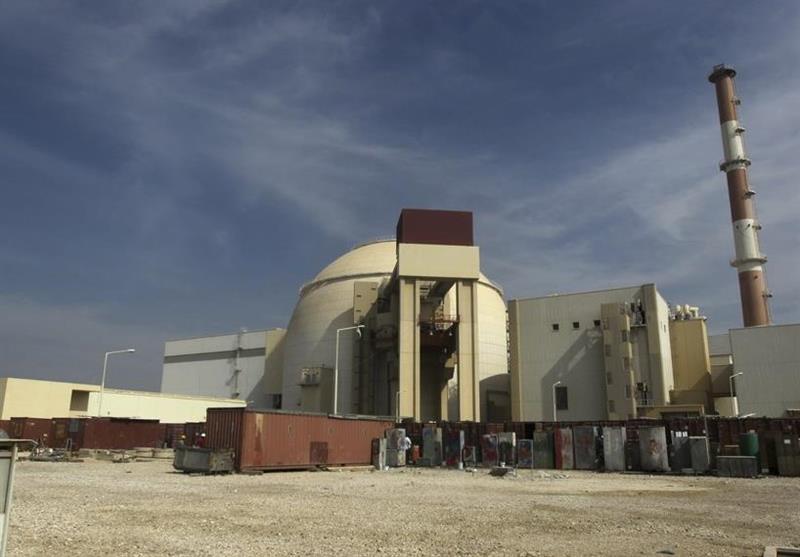 A regional plan of action to complement the JCPOA

With President-elect Joe Biden’s inauguration approaching, there is much discussion on the fate of the Joint Comprehensive Plan of Action (JCPOA) not only in Washington and Tehran, but also in regions worldwide. Biden has vowed to return to the agreement in exchange for Iran’s compliance. This expectation has caused some countries in the Middle East to once again worry about the repercussions of a possible Washington-Tehran détente.

A popular argument is that the JCPOA did not address Iran’s regional behavior and that the new round of negotiations should include non-nuclear issues such as Tehran’s ballistic missiles program and its actions across the region. Moreover, officials in Saudi Arabia, Bahrain, and Oman, as well as others, including Europeans, have recently suggested that Iran’s Arab neighbors should have a seat at the negotiating table if and when the talks restart.

To append regional issues with the JCPOA will all but certainly lead to failure, and neither the nuclear issue nor regional issues will be addressed. The JCPOA was a nuclear agreement and it should remain as such, and Iran will not negotiate with the world on these issues. Any other issue must be resolved through a different set of negotiations between Iran and Arab states of the Persian Gulf with the objective of achieving new agreements in tandem to, and completely separate from, the JCPOA.

When those countries call for including Iran’s regional actions and ballistic missile development into the negotiations, they should be prepared to engage in talks about their own regional policies and military build-ups as well. Or else, it would seem that they would want to continue the same failed path as levying baseless and unachievable demands as the list of thirteen demands on Qatar by the blockading quartet or the twelve demands listed by US Secretary of State Michael Pompeo on Iran. Tehran will not capitulate. Reaching the JCPOA would not have been possible if these other issues were incorporated into the negotiations. Furthermore, for its part, Iran would not have agreed to engage in discussions over other issues under those circumstances.

This other agreement will have to be between Iran and its Arab neighbors—the six Gulf Cooperation Council (GCC) states, plus Iraq and possibly Yemen—and it can only be reached after the initiation of dialogue and a series of confidence building measures between all parties involved. While the United States or any other country should not have a direct seat at the negotiating table over these regional issues, they can, and should, support and promote this process. More importantly, the Secretary General of the United Nations has a mandate to provide its good offices to facilitate dialogue in the region.

These negotiations could also include a parallel agreement to the JCPOA with the GCC states on nuclear issues to set up a new region-wide non-proliferation scheme. Such an agreement is ever so urgent with the approaching operationalization of the Emirati and Saudi nuclear programs. In that case, any amendments to the JCPOA with regards to sunset clauses and technicalities would be more palatable and acceptable to Iran if all parties adhere to same restrictions. 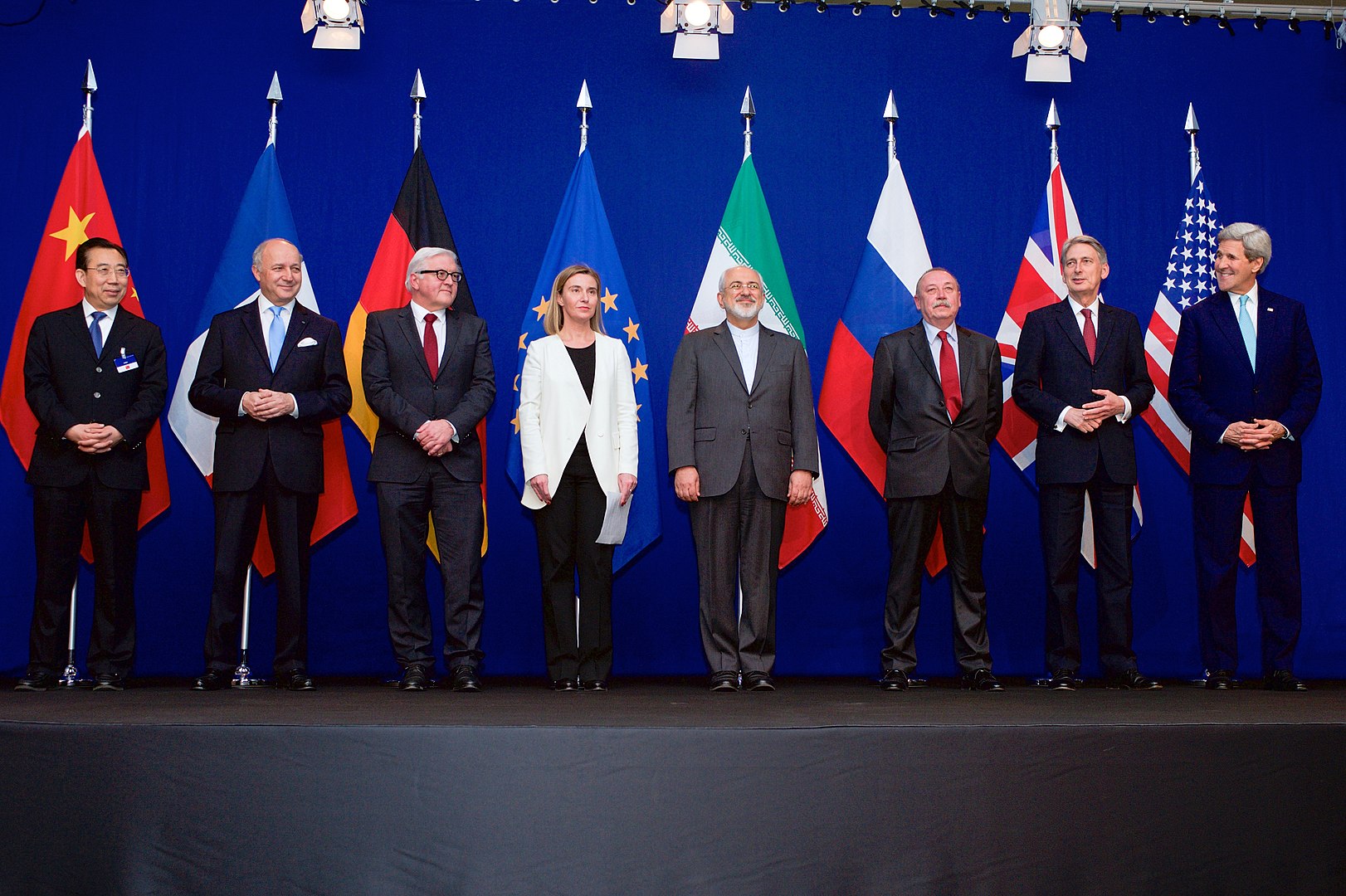 Foreign ministers of France, Germany, the EU, Iran, the UK and the US as well as Chinese and Russian diplomats announce the framework for a comprehensive agreement on the Iranian nuclear program in Lausanne on April 2, 2015

The issues surrounding Iran’s regional influence and action must be viewed in tandem to the regional rivalries with, and actions by, the Arab states of the Persian Gulf. Aside from Iran and Saudi Arabia, the United Arab Emirates (UAE), and Qatar are now part of most regional quagmires. In addition, if the US and other Western countries want Iran to consider negotiating about its missile development, this too should be part of these regional talks. Tehran’s ballistic missile development has become a point of concern for not just the GCC states, but also for Europe and Washington. However, Iran’s military budget is a fraction of the GCC states, and its military equipment and technology is far behind the most modern weaponries scattered across the Persian Gulf.

Each party has a long list of grievances and no side is willing to adhere to one-sided demands. Moreover, one must not forget that there is a myriad of intra-GCC tensions and conflicts that have, at times, superseded worries about Iran. The new platform for dialogue would be a platform for all parties to utilize for airing grievances, managing tensions, and prohibiting conflicts, not just between Iran and the Arab states, but also to inhibit another intra-GCC blockade or anything similar in the future.

All GCC states have expressed their interest in dialogue and some sort of a region-wide agreement, in one way or another.

The foreign minister of the UAE, Anwar Gargash, said during an interview at the 2020 Mediterranean Dialogues (MED), that the “Arab region has been at the receiving end of Turkish and Iranian intervention.” He continued by saying that the response was that some states “coalesced,” but the coalition has “not been completely successful.” Gargash said that the UAE’s message is: “Respect the Arab region and the Arab region will respect you.” This is a clear indication of flexibility and an interest in de-escalation.

Saudi Foreign Minister, Faisal bin Farhan Al-Saud, said during the Manama Dialogues in the same week that Saudi Arabia is dedicated to “fostering a regional environment animated by stability and cooperation rather than conflict and violence,” and to that end, “the Kingdom continues to demonstrate its commitment to the diplomatic resolution of regional tensions.”

On the same panel as the Saudi Foreign Minister, Oman’s new foreign minister, Badr bin Hamad bin Hamoud Al-Busaidi, reiterated the Sultanate’s “profound and enduring commitment” to resolving conflicts by peaceful means. He argued that “If we are to avoid misunderstanding, we must maintain engagement and dialogue with everyone, so to have the best possible relations and mutual confidence with everyone.” In addition, and in a clear jab at the quartet, he declared that “exclusion, rejection or blockades are not in our diplomatic repertoire.”

Since at least 2015, Qatar’s Emir, Foreign Minister, and Defense Minister have repeatedly mentioned in their official statements that Iran is “our neighbor” and “part of our fabric” and that the preferred way to resolve issues is through dialogue. In the latest statement by the Qatari Foreign Minister, Mohammed bin Abdulrahman Al Thani, he went so far as to say that Iran’s stability is “our stability,” and that “we should be proud that Iran is part of our region,” while reiterating calls for airing grievances through constructive dialogue.

The new Kuwaiti leadership has also declared that fostering regional peace and dialogue continues to be part of the States’ mandate. The Foreign Minister of Bahrain also expressed interest in de-escalation and dialogue as the host of the Manama Dialogues. Moreover, the condemnation of the assassination of the Iranian nuclear scientist Mohsen Fakhrizadeh by the officials in all GCC states signifies another proactive sign with regard to Iran.

Because all of the countries in the Persian Gulf have in some way expressed their interest in dialogue and de-escalation, and with the approaching global changes that will accompany Trump’s departure, it is high time for Iran and GCC states to constructively engage in a diplomatic process.

Oman and Kuwait have proven their capacity as mediators and they are trusted by all parties involved, in addition to external actors, such as the United States and European countries. Having either of these stakeholders work in tandem with the Secretary General of the UN to facilitate a region-wide dialogue would expedite the initiation of such a process. A regional plan of action would be the best complement to the JCPOA that will not only guarantee peace and security in the region for decades to come, it will also foster cooperation and understanding between the peoples of the region.