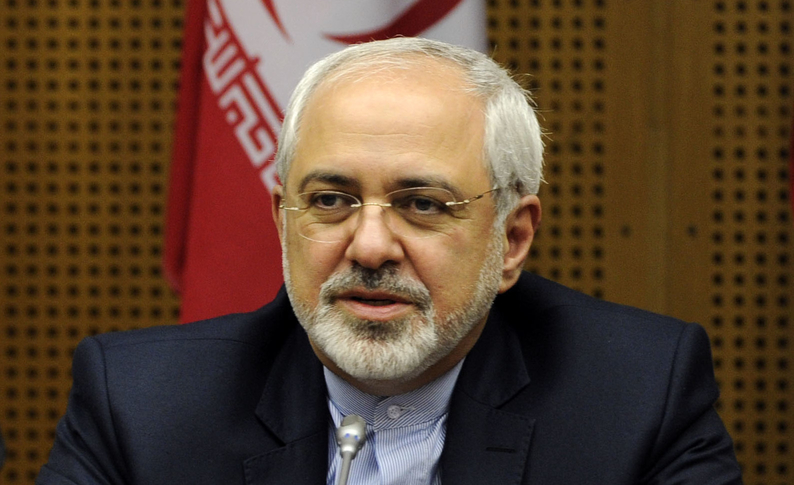 Both follow the release of Xiyue Wang, a graduate student at Princeton University who was locked up in an Iranian prison until December 2019. The Swiss ambassador to Iran, Markus Leitner, who shuttled back and forth from Tehran to Washington as a neutral intermediary, facilitated these negotiated prisoner exchanges. On the American side, the negotiating parties included Bill Richardson, a former New Mexico Governor and former US ambassador to the United Nations, as well as Jim Slattery, a former US Congressman from Kansas. The Iranians were represented by Foreign Minister Mohammad Javad Zarif and Tehran’s ambassador to the UN Majid Takht-Ravanch.

On June 4, Zarif announced the agreement to release White and Taheri by holding the door open for further prisoner exchanges. “This can happen for all prisoners. No need for cherry picking,” he tweeted. Zarif was referring to the other Americans who remain detained or unaccounted for in Iran, namely Karan Vafadari and his wife Afarin Niasari, Morad Tahbaz, Baquer Namazi and his son Siamak, and Robert Levinson.

There are a number of reasons Iran may have arrested and held these and several dozen other Americans since the Islamic Republic’s establishment in 1979. Even though they are always officially accused of espionage, most were likely arrested for solely political reasons. These negotiations have proven that the United States is willing and able to negotiate prisoner exchanges. Although this may encourage further hostage taking, that is not likely the primary reason why Iran arrests and detains American citizens.

Voice of America (VOA) compiled a list of 16 Iranian citizens and dual nationals currently being held in the United States. However, VOA noted that Zarif and other Iranian officials had not requested the release of other Iranians in the negotiations, even when Slattery asked them for a list of names. They were surprisingly disinterested. This is notable, as contrarily, Washington has historically been very active in all attempts to secure the release of all American citizens and their spouses held in Iranian prisons.

The question should therefore be asked, why does Iran employ the tactic of arresting American citizens and holding them for ransom if it does not want to exchange them for Iranians citizens in American prisons? To understand the answer, one must recognize that Iran’s ruling regime is not monolithic. In fact, the Iranian governmental establishment is riddled with factions competing against one another, constantly trying to impose or even sabotage the policies of the governing faction so that it can curb its influence and supplant it. To that effect, Iranian groups have used the tried-and-true tactic of taking Americans hostage to achieve this goal since 1979.

A brief history of American hostages in Iran

In February 1979, Iranian revolutionaries successfully unseated the Pahlavi regime and replaced it with an Islamist regime led by Ayatollah Ruhollah Khomeini. On February 11, 1979, militants stormed the American embassy in Tehran and took its staff hostage, including the American ambassador to Iran, William Sullivan. The siege lasted a few hours until then-Deputy Prime Minister of the Provisional Government of Iran (PGOI), Ibrahim Yazdi, and the leader of the Revolutionary Council, Ayatollah Mohammad Beheshti, led an Iranian army unit onto the grounds to free the hostages. Yazdi and Beheshti apologized for the incident and promised to protect the American diplomats with the hope of preserving American-Iranian diplomatic relations and economic ties.

Later that year, on November 4, militant revolutionaries calling themselves Danesjuyan-e Mosalman-e Piru-ye khat-e Imam (Muslim Student Followers of the Imam’s (Khomeini’s) Line) seized the American embassy compound in Tehran. This time, however, the government’s political leadership was unable to force the hostage-takers out. As a result, 52 American diplomats and embassy personnel were held hostage for 444 days before the American and Iranian governments were able to broker their release.

One of the main reasons that the negotiations took so long was because the Iranian government could not take control of the hostages from the militants who held them. The hostage-takers were supporters of Khomeini’s leadership, but they did not support the political policies of the government he appointed. In particular, they opposed its efforts at rapprochement with the United States. Furthermore, as Mohammad Ayatollahi Tabaar showed in his book, Religious Statecraft, this group feared that due to the government’s efforts toward rapprochement, the regime was losing its revolutionary credibility to the Islamist-Marxist Mujahedin-e Khalq organization (MEK), which was vying for control of the revolution and opposed superpower influence in Iran.

The hostages were therefore used by the Danesjuyan group to force its government to take its prescribed position vis-à-vis Washington. In effect, the American hostages were a tool by which the Iranian government was effectively also held hostage. This strategy has since been used repeatedly by opposition factions within the Iranian establishment to force the hand of or embarrass and undermine the policies of the sitting government.

A more recent example is the arrest and imprisonment of the American journalist Jason Rezaian and his wife, the Iranian journalist Yeganeh Salehi, in 2014. At the time, Rezaian was the Tehran-based correspondent of the Washington Post. He and his wife were arrested on July 22, 2014, and held in the Iranian Revolutionary Guard Corps (IRGC)’s political wing of Tehran’s infamous Evin Prison for a year and a half before their release on January 16, 2016. Their arrest and imprisonment were not done at the hands of the administration of President Hassan Rouhani. Rather, they were arrested and held by the IRGC in an effort to embarrass Rouhani and undermine his political influence. In particular, the IRGC opposed Rouhani’s foreign and economic policies.

At the time, Rouhani, Zarif, and the head of the Iranian Atomic Energy Agency (IAEA) Ali Akbar Salehi, were in talks with then-US Secretary of State John Kerry regarding the Joint Comprehensive Plan of Action (JCPOA) to open up Iran to international economic investment in exchange for forfeiting its nuclear weapons program. However, the IRGC has a stranglehold over many Iranian industries. Not only would outside economic opportunities threaten the IRGC’s monopolies, the successful negotiation of the JCPOA also stood to increase the political influence of the Rouhani administration, whose domestic economic policies included curbing IRGC influence and tackling its widespread corruption.

Arresting an American like Rezaian was therefore part of the IRGC’s strategy to scuttle talks with the US and undermine the influence of the sitting Iranian president. Freeing Rezaian subsequently required the Rouhani administration to first negotiate his release from IRGC custody before being able to return him to the United States.

It is in this light that one should attempt to understand the arrest, imprisonment, and negotiated release of White, Rezaian, Salehi, Wang, and others over the years, plus the continued detention of Vafadari, Niasari, Tahbaz, and the Namazis, along with Tehran’s refusal to provide information regarding Robert Levinson’s fate. In particular, how does the continued detention of these individuals, and the secret of what happened to Robert Levison, stand to benefit certain Iranian factions and do harm to others in terms of their constant jostling for supremacy within the Iranian governmental establishment?

The status of American-Iranian relations

An additional point to be gleaned from the successful prisoner exchange this month is its indication that effective diplomatic channels still exist between the Islamic Republic and the United States. In fact, not only do these channels exist, they have been quite productive despite the military tensions between the two countries that spiked in January with the assassination of Quds Forces leader Qasem Suleimani, the ongoing naval tensions in the Persian Gulf, and the current diplomatic tension regarding the expiration this coming October of a UN-imposed arms embargo on Iran. Hopefully, these channels will continue to exist moving forward, and will be as successful at abating direct conflict and brokering peaceful agreements, such as further prisoner exchanges, as they have in the past year.