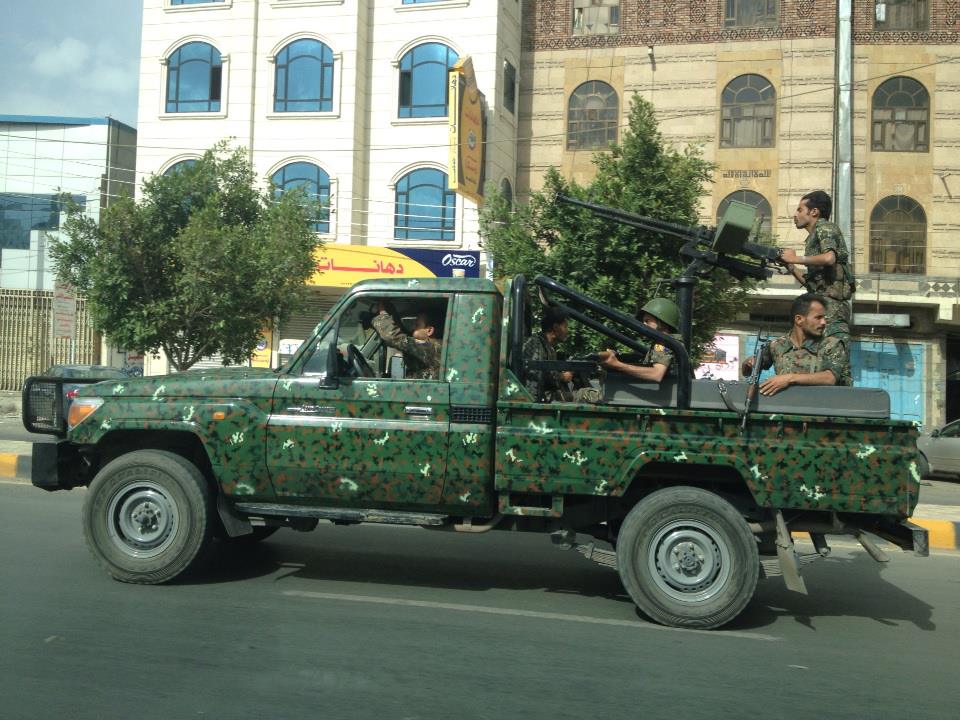 As fighting in Marib province continues to grab international headlines, the conflict between elements allied with the Southern Transitional Council (STC) and the Sunni Islamist party al-Islah escalates in Shebwa. Houthi gains from western al-Baydha province to areas close to the city of Marib have displaced thousands of civilians and forced government troops to withdraw toward Shebwa’s capital, Ataq. The situation has led to new warnings by UN Envoy to Yemen, Hans Grundberg, in his latest briefing to the UN Security Council on the urgency for parties to return to peace talks, and the looming humanitarian crisis created by armed conflict in southern Marib. Stability across southern provinces is now threatened by redeployment of government forces to Shebwa in efforts to strengthen a new center for al-Islah as the fall of Marib city looms.

There are four major factors driving instability across southern provinces; territory lost to Houthis in neighboring al-Baydha and Marib; emerging Houthi threats to or in Abyan and Aden; massing of government troops around Ataq city, and the collapse of the 2019 Riyadh Agreement.

While Abyan, Aden, and Lahj bear the brunt of Houthi threats following retreat of government troops from neighboring al-Baydha this summer, Shebwa province is now at the center of a new front in the rivalry between al-Islah affiliates and forces allied with the Southern Transitional Council (STC). Southerners perceive withdrawal by government troops, whose commanders figure among al-Islah affiliates, as a direct threat to their interests and a violation of the Riyadh Agreement. The gathering of government troops around Ataq could lead to deployment of these soldiers to counter political protests against al-Islah and the disliked pro-Islah Shebwa Governor Mohammed Saleh bin Adio by civilians across the province. Southerners accuse government troops of having abandoned their positions in al-Baydha and Bayhan, Shebwa and redeploying to central Shebwa. Others simply ask why government troops have lost so much ground against Houthis while receiving strong support from the Coalition to Restore Legitimacy.

While the conflict in Shebwa is exacerbated by threats posed by Houthis, a number of other drivers are rooted in local rivalries. Six years after the liberation of southern provinces from Houthi forces, and nearly two years since the signing of the Riyadh Agreement between the legitimate government of President Abdo Rabbo Mansour Hadi and the STC, tension simmers between tribal actors, military commanders, and political figures among al-Islah party and the STC. Unraveling the complex web of alliances and intersecting interests is a mounting task, with tribes represented among leadership on both sides, patronage dividing clans and the war economy sustaining partnerships across religious and political ideological lines.

The conflict in the south has also drawn in foreign, regional powers. This has excited competition to extract their patronage between al-Islah oriented central and western Shebwa tribes, the Awaliq, Balharith, and Bani Hilal, and those along the coast which are generally STC-aligned. This has flowed into the traditional mix of territorial disputes and inter-tribal positioning for local influence. These tensions have also been aggravated by years of defeat of government troops at the hands of Houthi forces, which have intensified the stress on fragile relations between leading political actors across the south.

Much of the blame for economic and military failures across southern territories fall on al-Islah. This is largely due to the number of military commanders leading government forces across fronts in al-Baydha and Marib, as well as officials in charge of the economic committee and oil industry around president Hadi. Furthermore, the conflict between the STC and al-Islah is exacerbated by claims that although the party’s leadership is hosted by Riyadh, a highly influential wing of the Muslim Brotherhood affiliate party maintains close relations with Qatar, for funding in humanitarian operations, patronage for tribal leaders and to disrupt the flow of LNG through Belhaf. Qatar is often mentioned for its role as mediator between a faction of al-Islah, mostly present in Taiz, and Houthis.

Renewed tensions between al-Islah and the STC go far beyond control over territory in southern Yemen or oil resources. The stakes are high for al-Islah, as the pillar of Hadi’s internationally recognized government, as the party aims to dominate Yemen’s political scene and shape Yemen’s vision of peace in either a unitary state or a divided Yemen. For the STC and its allies, al-Islah represents an existential threat across southern territories, most of all as a competitor shaping the final outcome of the war against Houthis.

Perceptions among a growing number of Yemenis are that a two-state solution is no longer a policy goal held by regional powers, but outcome fix to accommodate both Houthi and al-Islah ambitions. For ordinary Yemenis there is no other explanation, beyond the perceived accommodation of Houthi and al-Islah ambitions, for the abysmal performance by government troops across northern battle fronts, where Houthis have gained territory across three provinces since June 2018. On the other hand, southerners see government weakness and military defeats as a benefit for al-Islah and their interests through the southern provinces. Al-Islah officials inside and outside Yemen aim to leverage the party’s position as signatory to the 2011 Gulf Initiative, with the help of affiliates such as Vice President Ali Muhsin and other officials, to advance their legitimacy as natural successors to power, even if it is only in half the recognized Republic of Yemen.

The al-Islah party has vigorously protected its sphere of influence in Shebwa during the past six years of war. Al-Islah party officials, with support from the Shebwa governor, have used patronage through financial incentives or jobs, distribution of humanitarian aid provided by allies Qatar and Turkey. In the case of the armed forces, al-Islah has expanded its influence as consequence of heavy losses among tribal leaders and the government’s officer corps in battles against Houthis. In Marib, for example, deaths among government military officers have allowed the al-Islah party to fill ranking positions with its loyalists. This approach very much appears to have been approved by Vice President Ali Muhsin, Chief of Staff Gen. Sagheer bin Aziz and Minister of Defense Mohammed Ali al-Maqdashi, with the unintended consequence of weakening military and socio-political relations with tribes throughout Marib. The Houthis exploited this weakness by cultivating disenfranchised tribal elements and signing treaties of non-aggression permitting Houthi forces passage to battle fronts.

In Shebwa, governor Adio, deputy governor Mohsen al-Ajj, and al-Islah leader Ahmed Mohsen Aboud are seen as vital sources of support for military and security officials working to expand al-Islah’s sphere of influence. One method to extend influence is through al-Islah’s patronage of military positions with surprisingly many made at high level in al-Islah controlled areas. Recently, leaked documents from local military offices exposed appointments of teachers and professors loyal to al-Islah to key positions in military units.

Some of the military officers who reportedly rose through the ranks as al-Islah loyalists include Saleh Laksam (Commander of 163rd Brigade), Mahdi Mushafir al-Qumaishi (Commander of 2nd Mountain Infantry Brigade), and Mohammed Suneid (21st brigade War Staff) previously were educators in Shebwa.

For the STC, the imminent fall of Marib City to Houthi forces is a root cause of deteriorating security in areas like Shebwa. The fall of Marib City represents a huge lose to al-Islah, considering Marib served as the party’s main refuge since its expulsion from Sana’a in September 2014. The importance of Marib became evident since Ali Muhsin was appointed Vice President in April 2016, and made Marib City his center of gravity and a base for the legitimate government in northern Yemen. The desert city grew rapidly in early 2016 as a refuge for internally displaced persons (IDPs) escaping the Houthi grip. Its economy benefited from arrival of humanitarian aid agencies and activity fueled by the number of government officials who moved into the city. Growth, however, stopped by mid-2020 when the Houthis escalated military confrontations from the Sana’a-Marib border in the west towards the east and Marib city.

For its part, Shebwa became an island of stability and growth a year after the signing of the 2019 Riyadh Agreement. By late 2020, governor Adio emerged as a local leader focused on development. The image of economic development was directly linked to a withdrawal from Marib City by government forces and their arrival in Shebwa as the Houthis closed in. Civilians escaping from neighboring provinces, troop withdrawals and increased flow of humanitarian aid have all contributed to a steady pace of growth over the past two years. This mirage presented to the international community veiled over conditions across rural areas in the southern crescent of the province. Economic growth had no impact beyond the center around the capital Ataq. Opposition to governor Adio’s approach preceded the amassing of government troops this year. Protests against unemployment, rising inflation and currency devaluation have been persistent over the past two years. Often resulting in a heavy-handed approach by government security forces against protesters, demonstrations began targeting the governor, al-Islah and president Hadi following use of live munitions against unarmed protesters and kidnapping of pro-STC officials or their children.

Aside from the urgency to establish a new center of gravity for al-Islah in Shebwa, there is also the competition over control of natural resources. The rivalry between the STC and al-Islah is further exacerbated by the lack of access to oil revenue by southerners who complain of unbalanced distribution of fuel and revenue among the population of the south. This is a persisting complaint by southerners who point to monopolies in hands of northerner economic actors over the past three decades.

Often, when government officials point to economic growth in Shebwa they credit oil revenue, but data has been quite unreliable as industry reports put oil exports around 15,000b/d, while others show a peak in February 2021 with about 88,000 b/d. Southern media have pointed to increasing activity at Qana port, near Yemen’s third most important port at Bir Ali along the Gulf of Aden. Critics of Hadi’s government regard activity at Qana as smuggling, and recent incidents targeting oil tankers in the area also raise concerns over security around the facilities. The fight over oil rich territory and revenue will continue to drive the wider conflict and threaten continuity of Hadi’s government, as well as the UN-sponsor peace track.

As lines of conflict form and reform—sometimes with a strategy but mostly in immediate response to events—the territory of Yemen whether seen as north or south is becoming a greater challenge to allocate a political identity lasting significant period of time conducive to any efforts to establish a lasting peace.

The range of empowered and capable participants in ceaseless fight against adversaries, fight over resources and fight to accrue standing and power, minimally at the regional level, or access to stable financial sources looks set to remain or grow for as long as military equipment continues to flow, men are replaced and the prospect for power and betterment is occasionally realized.

As the drain on manpower, production and government authority remains open, Yemen will find less and less valuable victories to win by armed conflict. Regional powers can hardly not look to their own sovereign defense without involving themselves materially or politically in the near seven years of civil war, but paradoxically prolong it and feed an increasingly chaotic state of Yemen.