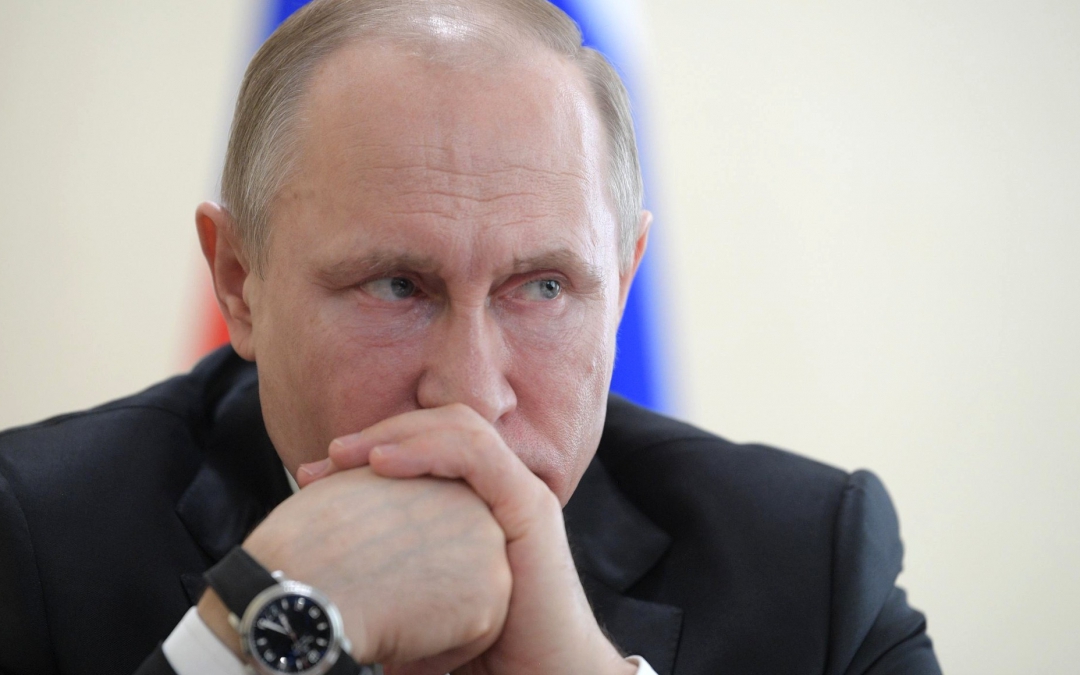 In barely three years, Vladimir Putin has moved Russia from  being a relatively minor regional player to becoming a significant military power in the Middle East. He has used the war in Syria to achieve a remarkable victory, one that the West in general and US President Donald Trump in particular have failed to grasp.

Consider that the initial Russian military intervention into the Syrian conflict in September 2015 was in large part to ensure that their naval base at Tartus, their only overseas base, did not fall to rebel forces. Indeed at that stage, Tartus was not even considered by the Russians to be a fully operational base but rather a technical support facility for their warships operating in the Mediterranean.

By 2017, the Russians had signed a deal with Syrian president Bashir Al Assad, that allows for a significant upgrade of Tartus to enable 11 warships to dock at one time, including nuclear vessels.  Even more importantly it grants full sovereignty of the base to Russia. It was a 49 year deal and the Syrian government, with little or no choice in the matter, agreed it on a free of charge basis.

The deal is reminiscent of one which the Americans signed with Cuba at the conclusion of the Spanish-American war that secured Guantanamo as a naval base. That deal, signed in 1903, has no fixed expiration date. But unlike the Tartus agreement, it does, in theory at least, leave sovereignty with the Cubans.

In addition to the naval base, Russia has systematically built a sophisticated and integrated air defense network in Syria. As the Washington-based Institute for the Study of War (ISW) notes “Russia has finished an advanced anti-access/area denial (A2AD) network in Syria that combines its own air defense and electronic warfare systems with modernized equipment formerly commanded by Syria.” 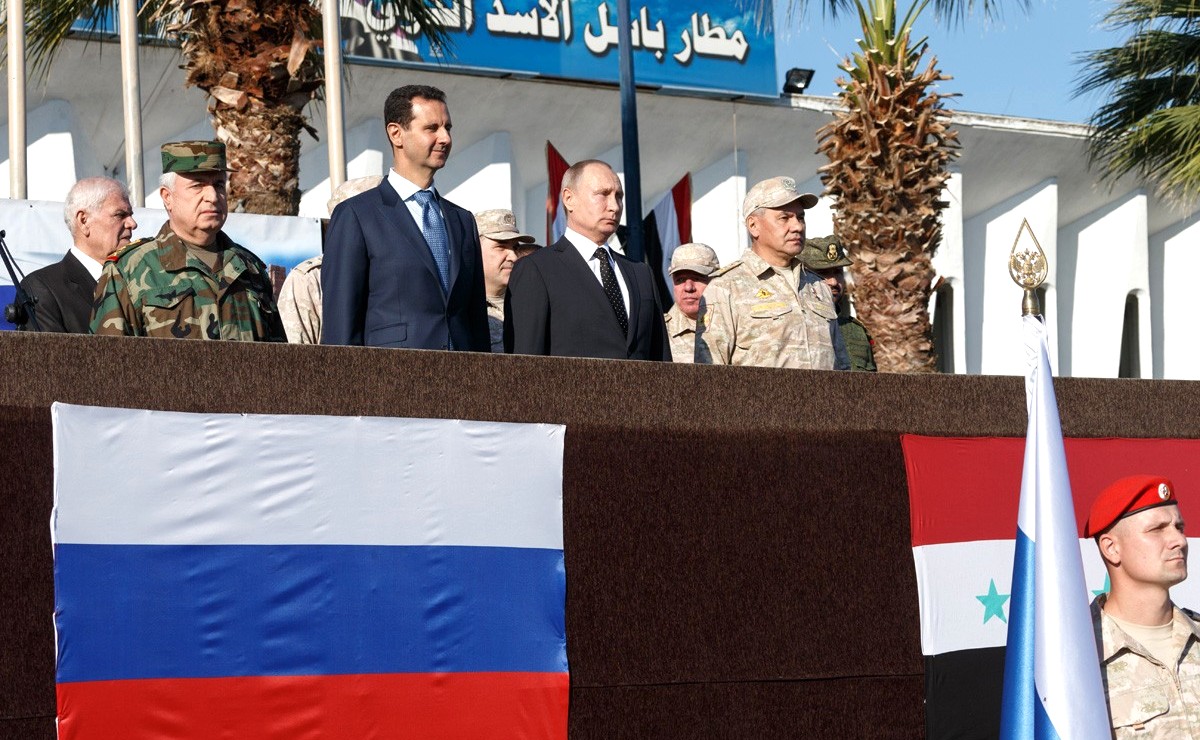 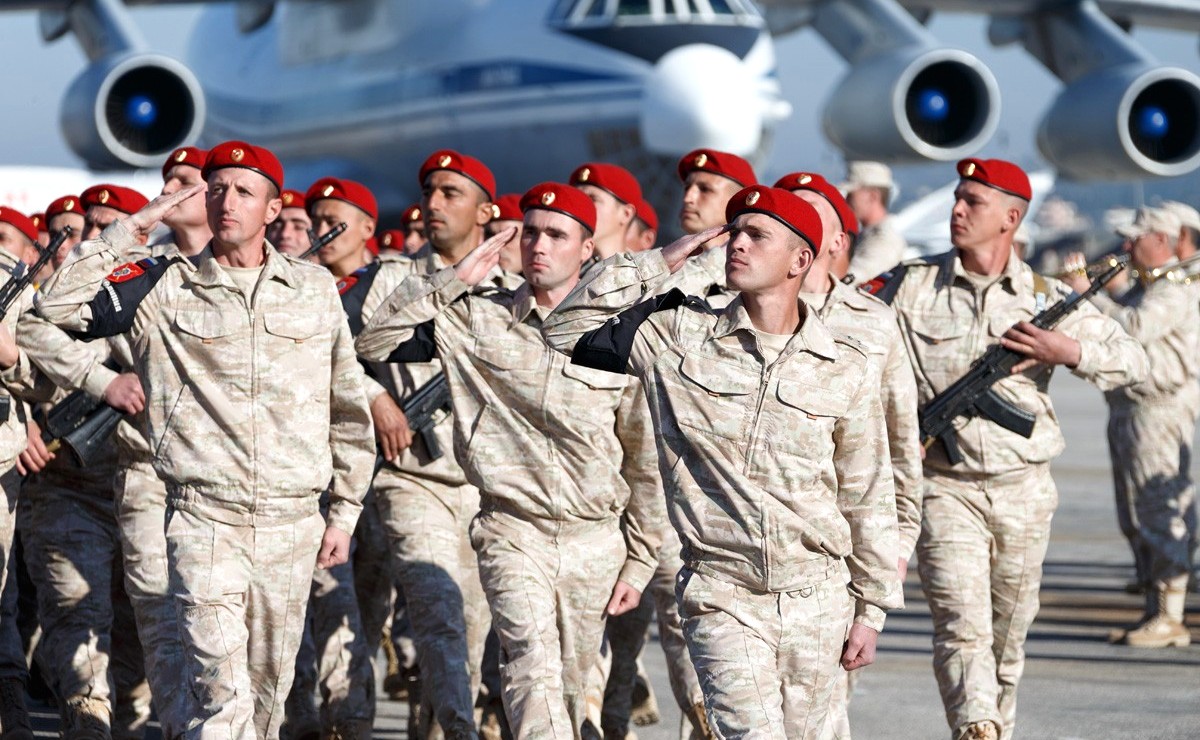 At the end of 2017, Moscow said it had decided to turn the Hmeimim Airbase into a component of its permanent military contingent stationed in Syria. Photo credit: The Kremlin 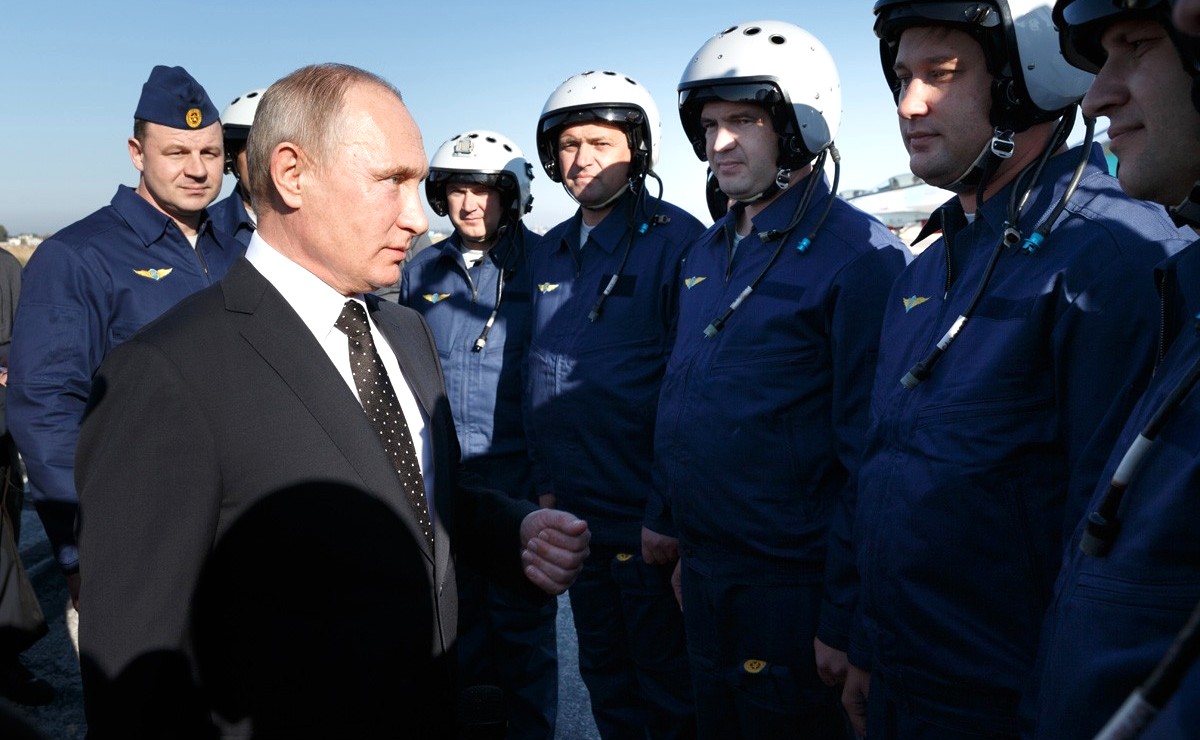 The structure and personnel strength of Hmeimim Airbase was approved by Russian President Putin.
Photo credit: The Kremlin

The key phrase here is “formerly commanded.” The Russians, in response to the shooting down of one of their military aircraft in September 2018 by Syrian Air Defense Forces, have taken control of the missile defense system. Though they claim that this is only a temporary measure while the Syrians are trained up, ISW judges the claim to be “likely untrue.”

The  defense systems being deployed include the S-300 with a  maximum range of  300 kilometres and the S-400, nicknamed “the growler” and considered by military experts to be beyond compare, with one calling it “the most capable and lethal long-range air defense missile system on the planet”.  The S-400 has a range of 400 kilometres and is capable of engaging virtually any aerial target at  very high altitude, from ballistic missiles to stealth fighter jets to unmanned aerial vehicles.

Furthermore the Russians are using the Syrian theatre to test new electronic warfare systems.  ISW notes that among the weapons being deployed are unmanned aerial vehicles used to jam mobile phones and computer tablets within a 100 kilometre radius and the Krasukha-4 “capable of suppressing satellite navigation, communications networks, airborne early warning systems and ground based radars at ranges up to 300 kilometres.”

Both the S-400 and the Krasukha-4 are deployed at Hmeimim Airbase near the Mediterranean coastal city of Latakia. The airbase was built at speed in 2015 and at the peak of the war was carrying out 70 sorties a day. As with Tartus, the base comes free of charge to the Russians. However, the agreement is for an indefinite period of time.

Among the clauses, all of them extremely favourable to Russia, is this one: “The Syrian Arab Republic assumes responsibility for settling all claims that could be put forward by third parties as a result of damage caused by the activities of the Russian air group and its personnel.” It is a virtual carte blanche clause.

The price that Bashir Al Assad has paid to hold on to power ought now to be abundantly clear.  The Syrians have effectively signed over their air and naval sovereignty to Vladimir Putin to do with as he determines.

It is against this backdrop that President Trump abruptly announced, without consulting US allies, that he was pulling  American ground troops out of Syria.  In doing so, he went against the advice of all his senior advisors, including his staunch allies the National Security Advisor John Bolton and the Secretary of State Mike Pompeo.

His Secretary of Defense  Jim Mattis quit over the decision. In his letter of resignation he wrote: “It is clear that China and Russia, for example, want to shape a world consistent with their authoritarian model – gaining veto authority over other nations’ economic, diplomatic, and security decisions – to promote their own interests at the expense of their neighbours, America and our allies.”

Vladimir Putin, on the other hand, could scarcely conceal his delight: “I don’t think they (US troops) are needed… if the U.S. has decided to withdraw, that’s good.” Good certainly for Russia. As the world’s greatest super power backs ignominiously out of Syria, Russia can anticipate even greater economic, political and diplomatic gains backed up as it now is by a powerful military presence built literally under the nose of America.

The Trump decision is the icing on the cake of Putin’s  strategic intervention in the Syrian conflict. It is proving a masterful stroke, one that is well constructed, skilfully managed and ruthlessly pragmatic, all qualities singularly lacking in the Donald Trump presidency.