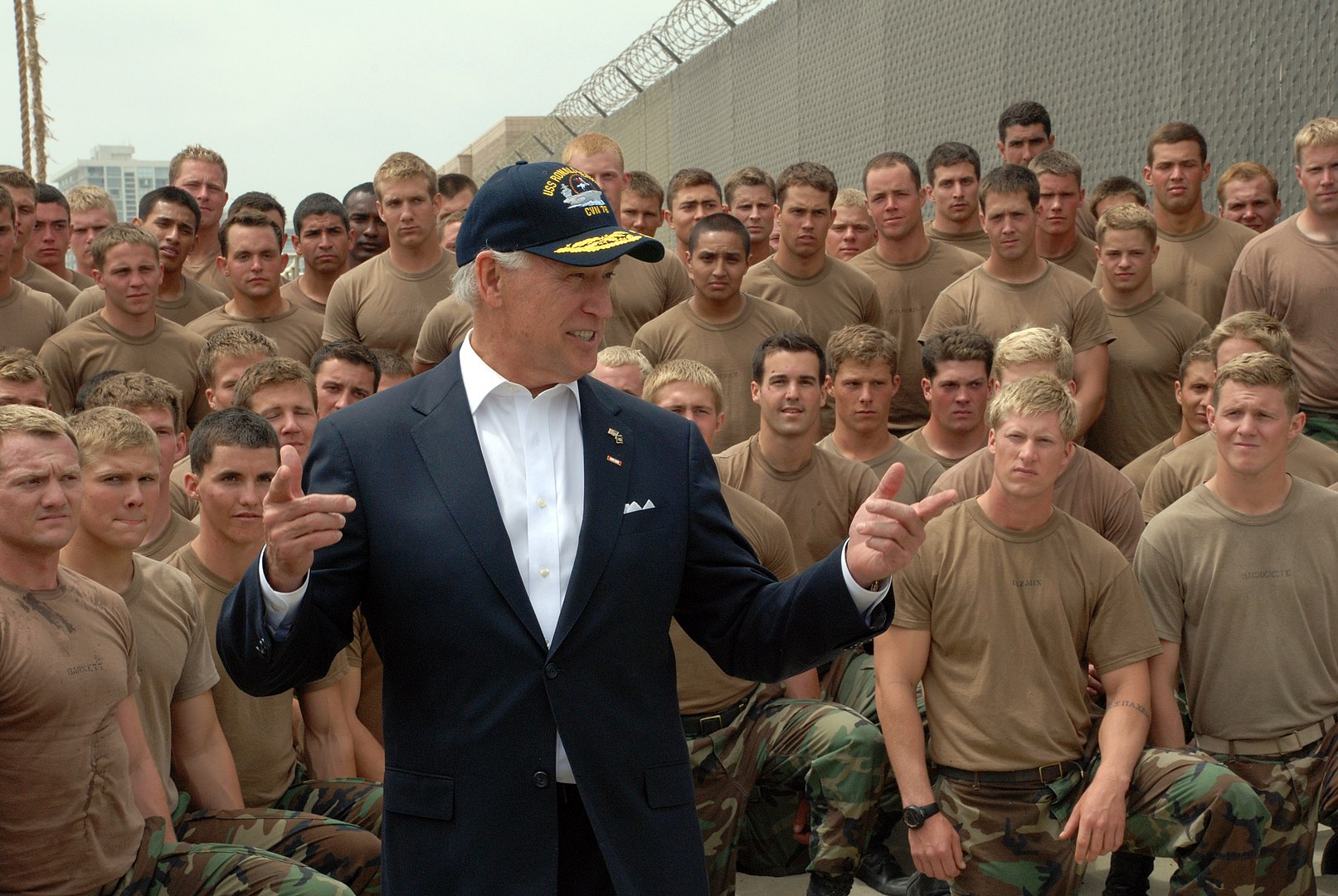 Biden’s presidency: Implications for Turkey and the Gulf

Joe Biden’s win in the 2020 US presidential election came at a time the Middle East is much more fractured than ever. The familiar bipolar geopolitical landscape marked by the Iranian-Saudi rivalry is long gone. To be sure, this rivalry has not subsided, and it probably will not in the foreseeable future. The two sides will continue to make moves and countermoves to undermine the other’s sphere of influence across the region. Yet it is no longer possible to understand the Middle East with reference to the Iranian-Saudi rivalry alone. This is because in the last seven years, a new bipolar division has formed the Middle East’s geopolitical landscape. This is between Saudi Arabia, the United Arab Emirates (UAE), Egypt, and Bahrain on one side and the Turkish-Qatari alliance on the other.

As Saudi Arabia and Iran have now done for decades, the two sides of this new rivalry are in a vicious race to expand their own spheres of influence while seeking to undermine their rivals in places as diverse as Libya, the Horn of Africa, the Caucasus, and of course, in Syria. This new axial division also plays itself out in the decades-old Palestinian-Israel conflict. This Middle Eastern drama has now changed almost beyond recognition in the last four years largely due to President Donald Trump’s administration. Saudi Arabia and its allies have been courting Israel. The UAE and Bahrain have even normalized their relations with Tel Aviv. Turkey and Qatar, on the other hand, have arguably emerged to become the Palestinians’ most vocal supporters within the Sunni Muslim world.

The Biden presidency will bring a number of changes to the scene. First and foremost, it is highly likely that the 46th American president will go softer on Iran than Trump and as such will certainly disappoint Saudi Arabia, the UAE, and of course Israel. In the most nightmarish scenario for the Saudis, Emiratis, and Israelis, Biden might even try to re-initiate negotiations with Iran and undo all the gains that Riyadh, Abu Dhabi, and Tel Aviv have achieved under the Trump presidency.

Concerning the other axis that now divides the Middle East, the future picture is less clear. Saudi Arabia, the UAE, and Israel have all developed extremely cordial relations with Trump and invested heavily in his winning a second term. To a certain extent, this was understandable. Biden was the Vice President under Barack Obama, Trump’s predecessor in presidency, and could be held responsible for the US’s wavering attitude towards Iran during the Obama administration. The Saudis, the Emiratis, and the Israelis are therefore justifiably concerned that Biden might simply pursue Obama’s Iran policies at the expense of their security and geopolitical interests. Thus, they will perceive the new US administration to be intentionally or unintentionally help Iran and expand its maneuvering capability in the region.

Will Biden hold a grudge against and develop any bad feeling towards Saudi Arabia and its allies for their cordial relations with Trump and positions on his winning the second term? It is highly unlikely. Biden is a seasoned politician and a long-serving statesman. Saudi Arabia, the UAE, and Israel are simply long-standing allies of the US and all together have the most powerful lobby in Washington DC. Furthermore, Saudi Arabia and the UAE are critical oil producers and as such pivotal actors for the current and future stability of the energy market. In addition, Saudi Arabia and the UAE also happen to be the Middle East’s largest arms importers. All in all, even though Biden might not totally cater to their expectations for Iran, he will for sure not risk totally alienating these two countries (plus Israel) as well.

On the other side of the Middle East’s new axis, Qatar should be relieved by Biden’s win. It was under the Trump administration when the Saudi-UAE axis imposed a total blockade on the gas-rich emirate with a green light from Trump—at least initially. With two tweets shortly after the siege of Qatar began, Trump took credit for the blockade and hinted that Qatar was a sponsor of terrorism—an accusation Saudi Arabia and the UAE had been making all along. Qatar certainly hopes to successfully persuade the Biden administration to pressure Riyadh and Abu Dhabi to end the blockade and thus bring an end to the Qatar crisis. It is yet to be seen, however, whether Joe Biden will or can realize it. However, Joe Biden’s win does not mean a total win for the Turkey-Qatar alliance. This is because the future of Turkey-US relations looks much more uncertain than Washington’s partnerships with Saudi Arabia or the UAE.

Like Saudi Arabia and the UAE, Turkey has also developed quite cordial and extremely personalized relations with President Trump. Judging from the pro-government Turkish media’s open and enthusiastic support for Trump before and throughout the 2020 election season, Ankara also seemed to have been invested in a second Trump term. This was also understandable. Turkey-US relations have systematically deteriorated since the summer of 2013 as the Obama administration failed to provide any meaningful support to Turkey in a succession of domestic and regional developments, ranging from the deepening civil war in Syria to the bloody military coup attempt in Turkey.

In the latter case, Turkey even directly accused the US of direct involvement. To Ankara’s dismay, the US has also extended direct military aid to and even trained the People’s Protection Units (YPG) in Northern Syria in its fight against the Islamic State. Yet, Turkey sees the YPG as the Syrian branch of the Kurdistan Workers’ Party (PKK). This organization has been behind hundreds of terrorist attacks inside Turkey since the 1980s and killed and wounded tens of thousands of Turkish citizens. The gravity of the situation the YPG posed to Turkey can be assessed by the fact that Turkey has undertaken three military incursions into Northern Syria to eradicate the YPG’s presence in its southern border: Operation Euphrates Shield in 2016, Operation Olive Branch in 2018, Operation Peace Spring in 2019, and Operation Spring Shield in 2020.

It is no exaggeration to argue that if Trump were not in the Oval Office from 2017-2021, Turkey-US relations would have hit rock bottom and even totally collapsed. Given the pervasive anti-Erdogan and anti-Turkey sentiments in Washington, which almost everybody shares irrespective of the party affiliation, Trump has literally saved Turkey-US relations by for example not blocking Turkey’s incursions into Northern Syria or not implementing CAATSA sanctions imposed by the Congress on Turkey for its acquisition of S-400s from Russia or not imposing any fines on Turkey’s state-owned bank, Halkbank, for undermining US-imposed sanctions on Iran.

In a meeting with New York Times editors in December 2019, Biden called Erdogan “an autocrat” and stated that the Turkish president “has to pay a price.” Biden suggested, for example, supporting all opposition groups in Turkey so that Erdogan could be defeated. “We can support those elements of the Turkish leadership that still exist and get more from them and embolden them to be able to take on and defeat Erdogan. Not by a coup, but by the electoral process. He got blown out. He got blown out in Istanbul, he got blown out in his party.”

Considering Biden’s past with the Obama administration and his recent statements about Erdogan, which drew harsh criticisms from Ankara, the future of Turkey-US relations is highly uncertain. However, given Biden’s experience as a statesman, it is also uncertain whether Biden will follow his own words and take any punitive action against Turkey. Fearing the potential consequences, such as pushing Turkey closer to Russia, he most likely will not take drastic steps against the second most powerful military force in NATO which sits on the alliance’s eastern plank. Yet, we can also expect that Turkey-US relations will not improve during Biden’s presidency.

More importantly, the Biden administration faces serious challenges at home, chiefly the global COVID-19 pandemic and major economic problems. All in all, therefore, Biden will prioritize domestic problems and leave the Middle East’s geopolitical landscape as it is: deeply fractured by ongoing rivalries among Saudi Arabia, Iran, and Turkey. Although some changes can be expected—for better or for worse—it is unclear how much will change in the Middle East.