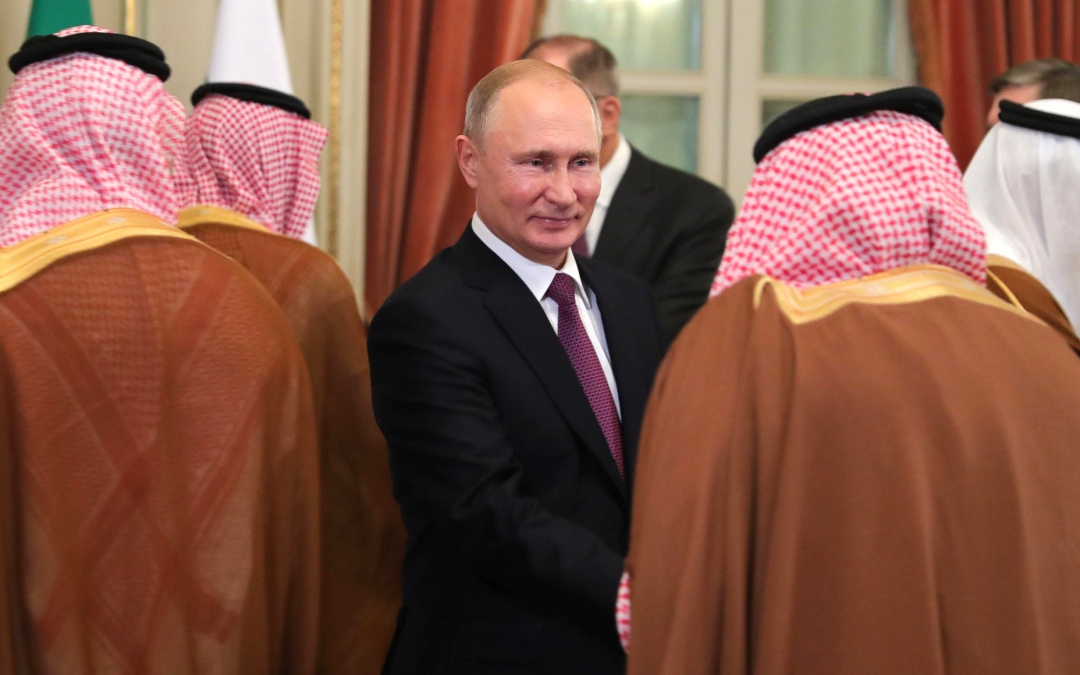 By Theodore Karasik and Tristan Ober

The West has grown reluctant to intervene in ongoing crises in the Middle East and North Africa. At the same time, several Arab states are increasingly determined to flex their muscles with the aim of establishing a regional order that advances their interests.

The United Arab Emirates’ current campaign across North Africa is a case in point. Abu Dhabi has become the capital for meetings regarding many of the Arab countries engulfed in transitions and civil wars. But as the cases of Libya, Syria and Yemen have shown, it is questionable to what extent the UAE and/or other Arab states will be able to form a united front on contentious regional issues and whether increased Arab involvement in military crises may lead to disagreements, rather than coordinated interventions.

Stepping up to the plate

Although the European Union is on the doorstep of the military struggle that is currently unfolding across the Mediterranean Sea, it is split between backing the Libyan National Army (LNA), which enjoys French support, and the Government of National Accord (GNA), which appears to enjoy broader support from within the EU. On April 5, the UK, France, Italy and the UAE issued a joint statement condemning “military posturing and threats of unilateral action” that “risk propelling Libya back toward chaos” during a “sensitive moment in [its] transition,” emphasizing that “there is no military solution to the Libya conflict.”

Yet shortly after this, there was a telephone conversation between US President Donald Trump and Field Marshal Khalifa Haftar. Trump praised General Haftar, who leads the LNA and is a former resident of Virginia with dual Libyan-American citizenship. The US has actively blocked a British-backed UN Security Council resolution on the cessation of violence in Libya. With an indecisive EU and an incoherent US foreign policy, Arab countries cannot count on Western states to lead in Libya. From the perspective of the regional governments, they hold the key to determining the outcome of the Libyan crisis.

Although the EU lacks any coherent foreign policy as a regional bloc, the Arab states do too. The UAE, Saudi Arabia and Egypt, for example, are actively aiding Haftar’s LNA, while Qatar has put its eggs in the GNA’s basket. Qatar and Turkey are still delivering supplies to allies by both air and sea in Tripoli and Misrata. Doha has been critical of the Arab states supporting Haftar, claiming that the UAE wants to create a regime mirroring its own image in Libya. Added to this, the Twitter fighting between serious Gulf scholars and other figures is vicious.

The division that exists in the Arab world — between the countries imposing an embargo on Qatar, the Qataris themselves and those caught in the middle — appears to persist in the countries’ regional foreign policies. The question is whether Arab states can bridge the divide between them in order to form coherent responses to ongoing crises in the region, or if they will only end up adding fuel to the raging fires.

Although divided, Arab states did manage to form a military coalition in March 2015 to combat the Houthi rebellion in Yemen. The US-backed coalition, which included Saudi Arabia, Bahrain, the UAE, Qatar, Kuwait, Sudan, Morocco and Jordan, cooperated to aid the internationally-recognized government of Yemen in its fight against the Iranian-backed Houthi rebels. What was supposed to be a display of Arab ability to restore order in the region, however, quickly turned into a fragmented coalition with differing interpretations of the strategies and tactics required to put a halt to the violence.

Not only has the coalition failed to effectively end the violence in Yemen over the past four years, but it also lost several of its members as the conflict progressed. The embargo of Qatar since 2017 by a number of the coalition countries, for instance, caused Doha to pull out of Yemen. While unrelated, Rabat similarly suspended its participation in February 2019 after Saudi media outlet Al Arabiya called into question the sovereignty of Morocco over the Western Sahara.

In addition, the remaining coalition members have shown little unity, often bickering among themselves over military contributions and the ongoing peace process in Yemen. Saudi Arabia, for example, would have liked to see a more active contribution from coalition partners such as Kuwait and Bahrain, who have only contributed to a limited extent. This type of squabbling must be recognized as part of the Gulf landscape between the various countries, which is having a deep social-psychological impact on the citizenry that is likely to last generations.

The experience in Yemen does not bode well for the prospects of Arab interventions in the region, as the coalition lacks the military structure required to facilitate a coordinated campaign. The fact that Saudi Arabia and the UAE carry out different types of missions, assisting various actors and using proxies to shape Yemen’s future is an important determinant of the outcome of power struggles facing the region.

While there have been attempts by the US to promote cooperation between Arab countries through the formation of the Middle East Strategic Alliance (MESA), also referred to as the “Arab NATO,” these attempts have been mostly difficult due to the divisions among its prospective members.

Given the complex security environment, an event may force a quick overcoming of disagreements. In the meantime, without some form of unified command, it remains to be seen as to whether Arab states will be able to learn from their experiences in Yemen and properly address future crises in the region. The UAE and Egypt are focusing their energy on Arab states in Africa.

Their biggest security concerns are Sudan and Libya and the nexus between these two countries as General Haftar’s campaign to take Tripoli by force continues. It is also likely that a lack of unity among Arab states will cause them to support different factions within conflicts, potentially causing violence in the region to escalate, as currently appears to be the case in Libya.

Russia to the rescue?

Unlike Western powers, Russia seems to have both the means and the willingness to intervene when its interests are at stake. If Moscow’s interests and those of Arab states align more closely in the future, Russia may prove to be the most reliable military partner for governments in the Middle East and North Africa.

Although Yemen is arguably an example of a failed Arab military intervention, Syria is perhaps the most notable example of what happens when Arab countries do not engage in direct military intervention but instead opt for sponsoring proxies. Under the Obama administration, the US took decisive action in Syria to turn the tide against President Bashar al-Assad. Yet with a growing number of extremist groups gaining power in the country — most notably the Islamic State — Russia intervened in September 2015 and used its hard power to fundamentally alter the course of the crisis.

This was a turning point in the Middle East’s geopolitical history, with Moscow proving capable of creating facts on the ground through a military campaign that was risky due to the complex nature of the conflict. Although some Gulf states at first objected to the Kremlin’s actions in the Syrian government’s defense, these monarchies had no ability to counter the Russians in Syria in a manner that could influence the outcome of the war in their favor.

Despite Russia and many Sunni-ruled Arab states being on opposing sides in the Syrian conflict, the Gulf monarchies are now looking to Moscow as a power that can impose order in ways that Western and Arab states cannot. For example, when visiting Moscow in April, Kuwait’s Deputy Foreign Minister Khaled al-Jarallah asked for Russia’s aid in bringing the Yemeni conflict to an end. Although he did not mention military measures, he welcomed Russia’s influence as both a UN Security Council member and a superpower in solving some of the region’s challenges.

The Arabian Peninsula and Russia already have a fairly broad spectrum of cooperation, ranging from energy to space flight. In other words, a more integrated approach to regional security would not be farfetched at all. Amid the political situation in Brussels and Washington, the Gulf states see Russia in a unique light at this juncture of regional Arab division.

Given how the Kremlin is using its military aircraft and naval craft in more aggressive ways in other regions — such as the Baltics or Venezuela — it is increasingly likely that Russia will position its military in other parts of the Middle East. The optics of such a move will send a strong message that Russia is back in the Middle East and Africa, and this time with permission from Gulf states.

Dr. Theodore Karasik and Tristan Ober
Dr. Theodore Karasik is a senior advisor to Gulf State Analytics and examines religious-political issues across the Middle East, North Africa and Eurasia. Tristan Ober is currently an MSSc student in peace and conflict studies at Uppsala University, Sweden. After his traineeship with the Dutch Embassy in Kuwait, he now interns with GSA.