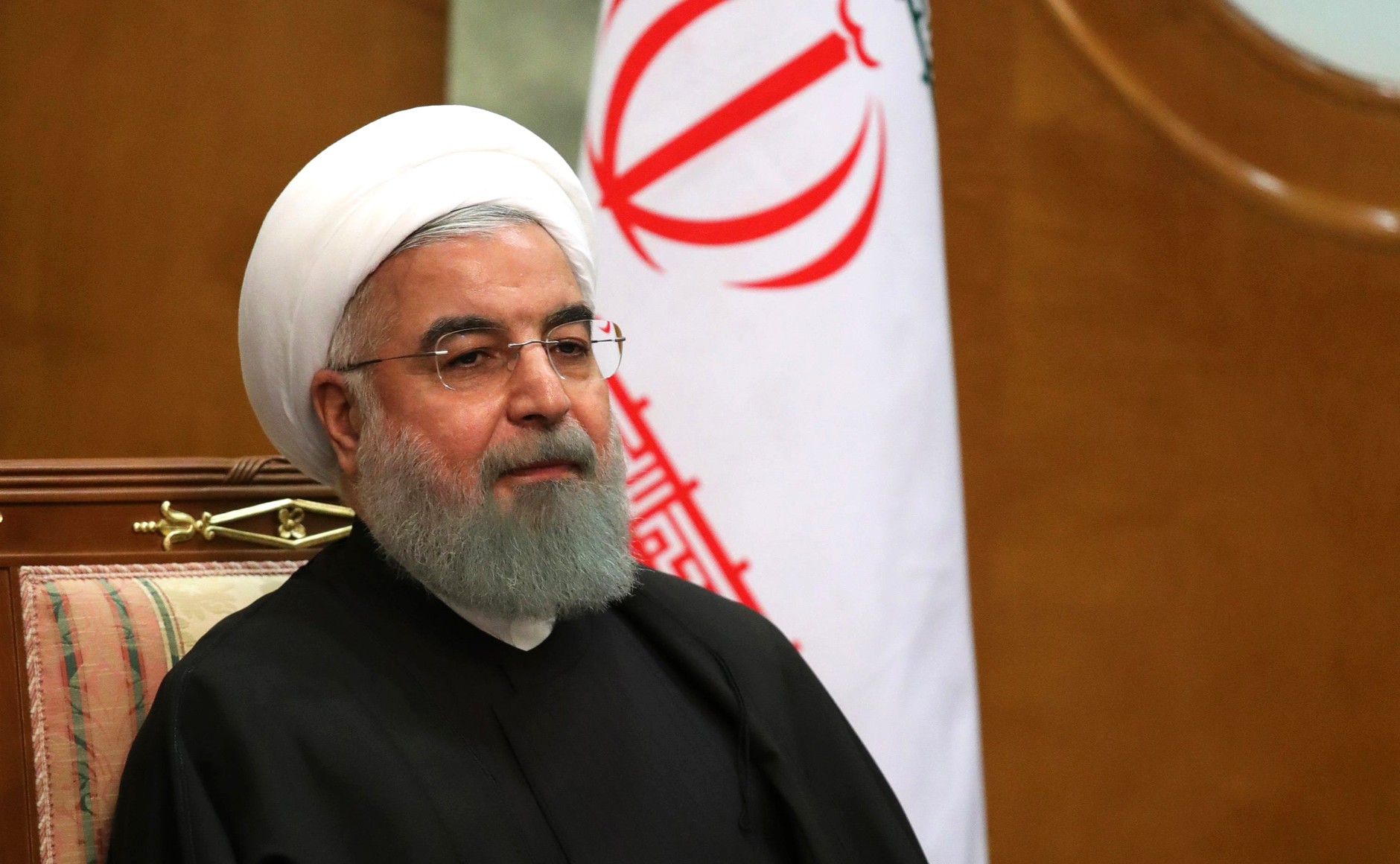 Does Iran want to be removed from the FATF blacklist?

When Hassan Rouhani was elected President of the Islamic Republic of Iran in 2013, he was given a mandate to set the Iranian economy on the road to recovery. Since then, he has attempted to crack down on corruption and break up industrial monopolies. His administration has also worked to secure the lifting of international sanctions under the Joint Comprehensive Plan of Action (JCPOA), and to bring Iran’s banking policies up to international standards so that Iran could be removed from the Financial Action Task Force’s (FATF) blacklist of “Non-Compliant Countries or Territories” (NCCTs).

The FATF is a global watchdog founded in 1989 by the G7 countries – Canada, France, Germany, Italy, Japan, the United Kingdom, and the United States – to combat money laundering and the financing of terrorism. The FATF rates countries based on their compliance with a series of standards and practices designed to ensure that its public and private entities are not involved with illicit activities. To land a favorable rating, countries and territories must ratify specific bills and conventions required by the FATF and prove compliance by cooperating with international law enforcement efforts to investigate suspicious activities. Iran’s blacklisting by the FATF therefore effectively deters potential international economic partners from doing business with Iran because it exposes them to considerable liabilities. For example, if Iran is suspected of violating anti-money laundering or terror financing laws, companies doing business with Iranian entities can be subject to criminal investigations to determine whether they were aware of, complicit with, or involved in such illicit activities.

The signing of the JCPOA in 2016 was a significant step toward Rouhani’s goals of economic recovery and global reintegration. Not only did it begin the process of lifting international sanctions related to Iran’s nuclear weapons program, but it also came with the temporary removal of Iran from the FATF’s blacklist, pending its willingness to achieve compliance with the FATF’s anti-money laundering and anti-terrorism financing protocols. For Iran to come into FATF compliance, it would need to ratify and implement two bills having to do with money laundering and the financing of terrorism, and two conventions on money laundering (Palermo) and terrorism financing (CFT).

However, an unintended consequence of Iran’s time on the FATF’s blacklist, from 2008 to 2016, as well as the sanctions leveled against it, which predate the JCPOA by decades, is that Iran’s “resistance economy,” in addition to preaching self-reliance in the face of international isolation, has further entrenched itself in the black market. As Iran has become increasingly adept at circumventing economic sanctions, it has also become increasingly dependent upon such illicit methods to sustain whatever economic activity it can muster. Since compliance with the FATF requires prying the Iranian economy away from the methods it established and upon which it continues to rely, the Rouhani administration has struggled to convince those of Iran’s ruling class that have benefited from and built their power and influence around these practices to give them up.

In 2018 and 2019, Iran partially satisfied the requirement to pass the FATF’s requisite laws, but has not yet ratified the Palermo and CFT conventions. Therefore, after a series of extensions, it was put back on the blacklist in February 2020. Despite considerable support for such ratification within the Iranian government, including by the Rouhani administration, staunch political opposition by the Guardian Council, the Expediency Council, the Assembly of Experts, within the Majles, and by Supreme Leader Ayatollah Ali Khamenei, has prevented the remaining measures from passing.

Support for the FATF provisions

The Rouhani administration argues that ratifying the FATF conventions would open up the Iranian economy to the world. In contrast, failure to ratify would result in self-imposed economic sanctions on Iranian citizens and private businesses. Iranian economist Mahmoud Jamsaz bolsters this argument, explaining that ratification of the FATF conventions would greatly reduce the risk of international entities doing business with Iran, particularly those based in the European Union (EU). He adds that ratification of FATF provisions would also enable a fund to be set up in Europe to facilitate international commerce and allow Iran to receive money owed to it.

Adopting FATF laws has the added benefit of reducing Iran’s cost of doing business. Former Majles member Ali Ebrahimi points out that sanctions and blacklist status have forced Iranian businesses to operate in the black market, which is more expensive and less efficient than operating in the white market. Therefore, in effect, ratification of the FATF conventions would prevent Iran’s economic situation from getting worse than it already is.

Additionally, intertwining Iran’s economy with the global economy would secure Iran’s fate to more stable economies. Countries with strong economic ties to Iran would be less inclined to heed calls by the United States to implement economic sanctions; as a result, complying with FATF laws would effectively shield Iran from the threat of such actions.

The effects of FATF blacklist status go beyond economic issues. Crucially, Iran’s place on the blacklist has further complicated its access to Covid-19 vaccines. When the Supreme Leader declared in January that Iran would not import American and European vaccines, this was in part due to the fact that Iran lacks the equipment to store and transport vaccines like Pfizer’s, which must be kept at -negative seventy degrees Centigrade. However, being on the FATF blacklist also cost Iran the ability to participate in the World Health Organization’s (WHO) Covax Program.

Nonetheless, opposition to the FATF is widespread in the Iranian government, and includes the Supreme Leader as well as members of the Guardians Council and the Expediency Council, which are filled with his loyalists.

Opposition to the FATF provisions

Despite officially leaving the FATF bills up to the Majles to decide, Supreme Leader Khamenei has repeatedly accused the FATF of being an American and European tool used in their ongoing efforts to subjugate Iran. To impede the adoption of FATF laws and conventions, he increased the required majority vote to pass the remaining two bills in the Expediency Council from a simple majority to a two-thirds majority in 2019. Khamenei’s allies on the Expediency Council helped flesh out arguments in opposition. For example, one such member, Gholamreza Mesbahi-Moghadam, said that the country may lose its import and export revenues if it ratifies the FATF-related bills. In the short-term, this is true. Since Iran’s economy has been operating so heavily in the black market, shutting down those operations before opening them back up in the legal channels would cause significant economic shock if it were to take place before sanctions related to the JCPOA were lifted.

Considering the opposition to pass the FATF stipulations, it should be presumed that, were they to be passed by the requisite counsels, significant effort would be made to undermine them and prevent compliance with them. It is important to note that, although opponents would not state it publicly, their primary reason for opposition to the FATF is because corruption, money laundering, and support for groups designated as terrorist organizations by the EU and the US, including Palestinian Islamic Jihad (PIJ) and Hezbollah, are the modus operandi of the Islamic Revolutionary Guard Corps (IRGC) and its supporters in the government, including Khamenei. In fact, crippling groups like the IRGC, PIJ, and Hezbollah is precisely the goal of the FATF. Therefore, how could Khameieni and his cohorts in the Majles and on the various oversight counsels possibly be expected to comply with the FATF when it would force them to relinquish some of their most effective methods and sources of power and influence?

Ultimately, the most vocal and effective opposition to the ratification of FATF standards comes from the corrupt entities in Iran that benefit the most from non-compliance. Unless opponents no longer need to rely on corruption, money laundering, and financing of designated terrorist organizations in order to secure their own stability and influence, they will not consider foregoing their power and influence by ratifying and complying with the FATF. Furthermore, since the position and influence of FATF opponents in the government have increased over the past couple years, it has become less and less likely that Iran will secure its removal from the blacklist.

Instead of ratifying and complying with the FATF, Iran will continue working with countries that are willing to do business despite Iran’s refusal to accede to international standards for banking regulations. These include China, which is one of the world’s largest markets, and countries that fall under Chinese influence, such as Malaysia and Indonesia. Interestingly, even China and Russia, who are among Iran’s largest trading partners, have encouraged it to ratify the FATF bills in order to make trade easier and more economically efficient, and warned that failing to do so would further complicate their trade relations. In fact, China chaired the FATF in February 2020 when Iran was blacklisted.

Iran will also continue to push for commerce with allies that lie within its own sphere of influence, including Iraq, Lebanon, and Syria, and rely on regional markets such as Turkey, Pakistan, and India. It will maintain limited business ties with Europe through its current roundabout channels.

However, for Iran to be removed from the FATF’s blacklist, the regime would need to experience a fundamental change. Specifically, the government would either need to end up in the hands of pragmatic conservatives like Rouhani, which will depend in large part upon who eventually succeeds Khamenei as Supreme Leader, or the current power holders would need to change the methods and ideologies through which they operate. Either way, practically speaking, FATF compliance in Iran is at least several years away.