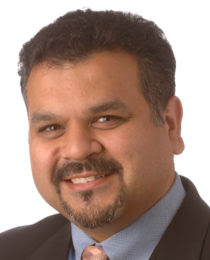 Dr. Qamar-ul Huda is an adjunct professor at Georgetown University. He co-founded the Center for Global Policy (CGP), a nonpartisan policy think-tank focused on U.S. security and foreign policies in MENA and South Asia. Dr. Huda was Vice President of Strategy and established CGP’s Security and Violent Extremism Program where he supervised the Program’s research activities and was instrumental in interfacing with U.S. policy makers and researchers. He was a Senior Policy Advisor for the U.S. Department of State Secretary John Kerry’s Office of Policy Planning, and the Office for Religion and Global Affairs (S/RGA) where he focused on civil society, religious communities and religious leaders with U.S. foreign policy. The Bureau of Counterterrorism at the U.S. State Department recruited him to serve as a secondee as the first Director of the Department of Dialogue and Collaboration to Hedayah: The International Center of Excellence for Countering Violent Extremism (CVE) based in Abu Dhabi, United Arab Emirates.

He worked at the U.S. Institute of Peace (USIP) as a senior program officer, researcher, and resident expert on religion focused on conflict resolution, peacebuilding research, religious peacebuilding and field training to civil society members. He supervised and managed the development of the field of conflict resolution and mediation studies in religious and public schools in South Asia, Southeast Asia, and various parts of the Middle East. Dr. Huda served as director of the countering violent extremism project at USIP where he designed and developed numerous online training and in-the-field courses for USIP’s Academy of Conflict Analysis and Conflict Transformation. His area focus on South Asia’s relations with Gulf states examines multilateral relations, commerce, national and regional security, geopolitics, countering violent extremism policies, and ongoing political and economic development. His editorials have been published in The Washington Post and the Boston Globe. He has been interviewed on CNN, BBC, MSNBC, PBS Newshour, NPR, and Voice of America and has been quoted in The New York Times, The Atlantic Monthly, and The Wall Street Journal, among many others. Dr. Huda earned his doctorate from University of California, Los Angeles (UCLA) in political and intellectual history, his Master of Arts in history of Asia and the Middle East. He earned his Bachelor of Arts (honors) from Colgate University in International Relations and Philosophy and Religion.