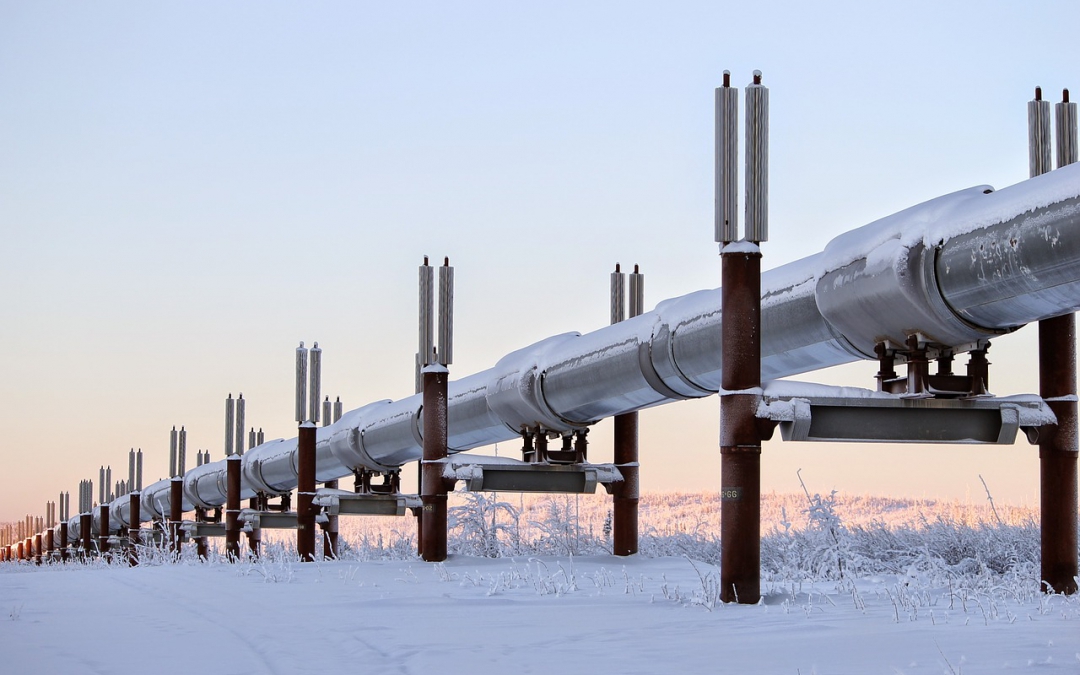 The signing of a strategic partnership agreement between Russia and the UAE is the latest example of the increasingly tight relationships developing between the Gulf states and Moscow. Increasing activity between the Gulf states’ sovereign wealth funds and Russia is an important indicator of enhanced ties between South and North. Sovereign transactions are mixing with energy politics – including state-owned energy companies involved in oil and gas.

Both the UAE and Qatar are deepening their involvement in major energy investments in Russia with measurable financial exchange. Saudi Arabia’s Public Investment Fund (PIF) is also part of the sovereign nexus between Russia and the Gulf that is growing, based on a slightly different strategy.

The partnership of Abu Dhabi’s global investor Mubadala with the Russian Direct Investment Fund (RDIF) is part of emerging long-term strategic relations between the UAE and Russia. Mubadala has been seeking such a detail with Russia since 2014.

It is important not to underestimate this relationship, especially in the arena of politics and energy. The Abu Dhabi government’s acquisition of 40 percent of a Gazprom subsidiary is a second example in two years of Arabian Gulf nations using their sovereign wealth funds to strengthen cooperation with Russian oil companies.

Mubadala’s investment in Gazpromneft-Vostok, which operates oil fields in the southwestern Siberian regions of Omsk and Tomsk, is significant because of the UAE’s interest in other related investments ‒ including UAE flights to this part of the Russian Federation.

The Abu Dhabi investment vehicle, which two months before absorbed the Abu Dhabi Investment Council, bought the shares from Gazpromneft and RFID. No public statement was given regarding the actual value of the deal.

Importantly, Mubadala previously took part in a consortium with Gazprom Neft, RDIF, and Gazprombank in a bid for a license for the Nazymsky block, but lost out to Rosneft. The fund was also linked to a bid for the Erginsky block, which also went to Rosneft. These tensions among Russian energy companies are part of the risk that the Gulf states seem to understand quite well.

Another recent Gulf state investment in a Russian oil company was the Qatar Investment Authority (QIA) and Glencore’s purchase of Rosneft shares in 2016.

As with Gazprom, the Russian government is the majority owner of Rosneft. Qatar’s recent financial coup, whereby the QIA increased its stake in the Russian energy company after China’s CEFC defaulted on its agreement, gives Doha a solid entry into the Russia-China energy space that includes, in some scenarios, Tehran.

Meanwhile, RFID has expressed interest in acquiring shares of the Saudi oil giant Aramco ‒ regardless of the format in which the public offering occurs, whether in London or Tokyo.

Understanding the similarities between the Rosneft and Gazpromneft transactions, and why the Gulf states invest in Russia, requires exploration.

The Middle East and North Africa (MENA) region is the focus of an increasingly assertive Russian energy diplomacy effort. The sanctions that the West slapped on Russia after the country’s invasion of Crimea, in addition to Russia’s support for the rebellion in eastern Ukraine and its meddling in the 2016 U.S. election, have cut off Western investment to Russian oil companies.

Russian state-owned oil and gas companies, the most important source of the Kremlin’s revenue, have pivoted to the Gulf to find another source of money and to stabilize global oil prices.

This pivot means that Moscow is challenging the tradition of the region being in the US’s geopolitical orbit. Russia has also gone into the region to do an end run around the sanctions the West imposed on Rosneft and Gazpromneft. The pivot shows, too, that Russia has set aside its differences with other Middle Eastern petroleum powers arising from the Syrian civil war.

Russia is collaborating with Saudi Arabia-led OPEC to stabilize and then increase oil prices, work that has strengthened its relations with both Saudi Arabia and the gas power of Qatar.

A tangible result of this energy diplomacy has been the reigning Saudi and Qatari rulers’ first-ever visits to Russia, followed by pledges and framework agreements on joint oil and gas projects.

UAE’s Crown Prince Mohammed bin Zayed (MBZ) has also visited Russia several times over the past few years and his personal relationship with Russian President Vladimir Putin is a major factor in the transactional relationships seen today especially in the wake of MBZ’s visit to Moscow with his key financial advisor, Khaldoon Mubarak.

The diplomatic standoff between Qatar and the other Gulf states has made those states more willing to use sovereign wealth funds to do energy deals with Moscow. The Kremlin is amenable to agreements as long as their oil majors behave.

Furthermore, the Gulf dispute involves allegations that Qatar has supported Islamic extremists and has been too cozy with Iran, the archenemy of Saudi Arabia. The Kremlin finds it can effectively leverage the tribal aspects and play all sides through diplomacy, arms sales, and information campaigns.

The acceleration of Gulf sovereign wealth behavior is also tied to President Donald Trump’s decision to pull the United States out of the Iran nuclear deal. This move has precipitated another wave of uncertainty across the Middle East and made Gulf states more willing to deal with Moscow.

Both Abu Dhabi and Qatar have opted to use their sovereign wealth funds, rather than their state-owned oil and gas companies, to do deals with the Russian oil sector. This development appears to signal their preference that the deals have the imprimatur of official government policy.

In both cases, the deals were signed with state-owned enterprises run by confidantes of Russian President Vladimir Putin ‒ Igor Sechin of Rosneft, Aleksandr Miller of Gazpromneft, and Kirill Dmitriev of the Russian Direct Investment Fund.

Lastly, Saudi Arabia’s PIF is eager to get more involved in the Russian energy market. Aramco is looking seriously at many projects across Siberia and the Russian North. Last October, Russia and Saudi Arabia signed an agreement to create an investment energy fund worth $1 billion between PIF, Saudi Aramco and RDIF.

The document was signed during King Salman’s visit to Moscow. Although no actual monies have yet been exchanged, the vehicle is in place for activation from the Kingdom’s side.

Because Qatar is a gas rather than oil power, its sovereign wealth fund’s decision to acquire Rosneft shares was unexpected.

Because Saudi Arabia and Qatar have been at odds, a possible motive for Qatar’s Rosneft acquisition could be to help Saudi Aramco’s biggest competitor in the Chinese market. In fact, Rosneft passed Saudi Aramco last year to become China’s largest crude supplier.

Qatar helped Rosneft again this year when the Chinese oil company CEFC’s agreement to acquire part of the Qatar-Glencore stake in Rosneft ran aground. The announcement of the CEFC acquisition last fall had signaled that a closer energy alliance between Russia and China was in the offing.

But not only is CEFC debt-ridden, it has also been under fire in China and overseas due to allegations that it has accepted multimillion-dollar bribes. Consequently, it was not a good time for CEFC to complete the Rosneft acquisition. To help Rosneft a second time, the Qatar-Glencore consortium agreed to hold on to all of the shares it had acquired in the company during 2016.

The United Arab Emirates is OPEC’s sixth-largest oil producer and the cartel’s second-largest combined oil and gas producer. In spite of this, the UAE has had to import oil from the United States to comply with voluntary production cuts engineered by Saudi Arabia-led OPEC and Russia, in what has become known as the OPEC+ deal.

With prospects grim for new domestic oil discoveries, and with a pledge to double its refining capacity, the UAE is looking overseas for new petroleum supplies, partly to help it increase its crude sales to China. Many of the oil fields that Gazpromneft operates deliver crude to the Far East, mainly to China and Japan. This makes Russia a natural partner for deals that would help the UAE supply more oil to China.

The role of the United States

The United States sees a number of motivations behind Moscow’s growing energy collaboration with Gulf states.

One is the advantage to Russia of securing non-Western financial resources to weaken the impact of the sanctions that the U.S. and EU have imposed on Russian petroleum companies. Another is Russia’s hope that the intensification of the Kremlin’s relations with Gulf states will undermine the U.S.’s long-standing partnership with countries in the region.

So far, however, Washington has failed to dissuade Gulf states from cooperating with Russia. There are two key reasons:

• The United States’ credibility with its traditional European and Middle Eastern partners has been undermined due to its unilateral, inconsistent foreign policy, especially toward the Middle East. The fact that the U.S. has reversed its stance toward Iran twice in five years has made the Gulf particularly concerned about Washington’s foreign policy reliability in the near and medium term.

• The United States benefits from a continuing partnership with the Gulf states to maintain peace and stability in the region and to solve the Syrian and Yemen crises. To prevent oil prices from soaring, the U.S. also needs supplies from both the Gulf and Russia. Otherwise, there will be supply gaps stemming from sanctions that have cut off Venezuelan supplies and upcoming cuts of Iranian supplies again.

But there is one silver lining in this story.  Russia’s Lukoil has announced its intent to honor the U.S. sanctions and to pull out of Iran. That move, for a U.S. audience, was also intended for Gulf ears. Moscow is seen by the Gulf states as the only power capable of pushing Iran out of Syria. The political dividend is evident.

Overall, to continue maintaining a strong hand in the Gulf, the United States needs to encourage its oil and gas companies to conclude long-term supply contracts with Gulf states as the emerging global audit of Iran’s economic and shipping ties continues.

Given that the Gulf crisis has no end in sight, the competition of Gulf states racing toward Russia ‒ and Moscow seeking stronger sovereign economic ties with the Arabian Peninsula ‒ is giving the advantage to Moscow.