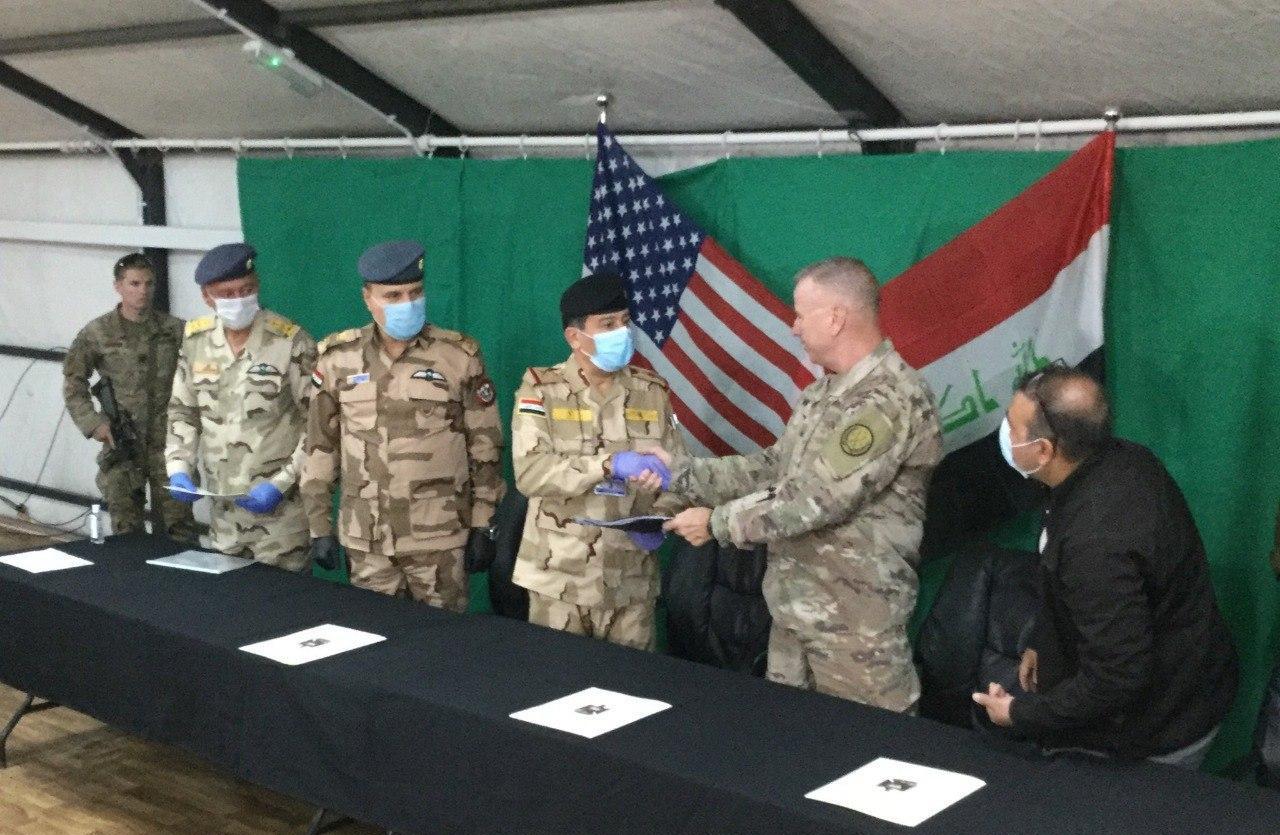 In late March, the US-led coalition, operating under the auspices of Operation Inherent Resolve, announced that it was relocating its most of its personnel and equipment out of Iraq. By early April, the coalition already completed the transfer of four major bases hosting US-led troops back to Iraqi security forces.

This represents the most significant US drawdown since January when the Iraqi parliament called for the expulsion of all foreign troops from the country. It also confirms that Baghdad will have to confront formidable security challenges, such as the Islamic State (IS) group’s resurrection attempts and US-Iran confrontation inside Iraq, increasingly on its own. Iraq’s new prime minister, Mustafa al-Kadhimi, who appears to have secured the country’s top job, will face the aforementioned challenges in a context characterized by the spread of the coronavirus and the economic blow to state revenue from low oil prices.

Despite losing control over large swaths of territory in both Iraq and Syria and the killing of most of its foreign fighters, IS continues to rely, for its ongoing covert operations, on a considerable number of Iraqi affiliates. Anbari tribesmen and Baathist loyalists have constituted the bulk of its force throughout the Islamic State’s existence. It is therefore no surprise that Iraq is the country that continues to suffer the most from the group’s activities.

Most recently, the terrorist organization has been preparing to take advantage of Iraq’s preoccupation with the coronavirus pandemic and the US-led coalition’s suspension of its military operations. The withdrawal of coalition forces could further facilitate the Islamic State’s plans. The Qayyarah West airfield in northern Iraq and the al-Taqaddum Air Base in the country’s al-Anbar province — which were both handed over by Washington to Iraqi forces — played a crucial role in the coalition’s efforts to provide air cover and logistical and technological support to Baghdad’s forces in the fight against IS.

In recent months, IS militants have already increased the number of attacks in the region extending between the provinces of Kirkuk, Saladin and Diyala. By targeting this specific region, IS hopes to exploit and infiltrate void areas between the places controlled by Baghdad and those controlled by Iraq’s Kurdistan Regional Government. Even more worryingly, the Islamic State is attempting to re-extort payments from local residents to provide its fighters with financial compensation.

In this context, the Hamrin Mountains in Diyala province and desert areas in al-Anbar —territories that are difficult to access and control — continue to provide shelter to IS militants. The withdrawal of the coalition’s technological surveillance assets is likely to consolidate the group’s ability to engage in hit-and-run tactics using remote areas as safe havens.

On April 13, in response to the Islamic State’s increasing offensives, Iraq’s security forces launched a military operation against the terror group in Kirkuk province. This is Baghdad’s first major test on the ground since the coalition reduced its anti-IS efforts. Crucially, the battle experience gained by Iraq’s army and the Shia Popular Mobilization Units (PMU) during their 2015-17 pushback against IS and their superior conventional forces are sufficient to prevent the re-establishment of a territorial caliphate inside Iraq.

However, Baghdad’s ongoing security crackdown against IS will inevitably suffer from the absence of the US-led coalition’s technology and from the end of those training programs that have been key to prepare local forces to counter the organization’s guerrilla tactics.

The other major security threat faced by Iraq in the coming months is the risk that the military confrontation between the US on one side and Iran and its local proxies on the other escalates inside Iraq. As recently as May 6, Katyusha-type rockets targeted a military complex used by US troops near Baghdad International Airport. In March, the US Air Force struck five weapons storage facilities belonging to Kataib Hezbollah (KH), an Iranian proxy militia incorporated into Iraq’s security forces as part of the PMU framework. This followed KH-perpetrated rocket attacks on the Taji military base — north of Baghdad — which killed three members of the US-led coalition.

The US assassination of the top Iranian general, Qasem Soleimani, and Kataib Hezbollah’s commander, Abu Mahdi al-Muhandis, in January exponentially increased Baghdad’s fears that its territory could be used as a battleground for a larger US-Iran military confrontation. The March incidents and the passing of the deadline issued by KH for all US forces to leave Iraq confirm that such fears are justified, especially if Iran continues to use its proxies as pressure for a complete US withdrawal and Washington continues to rely on military force to curb Tehran’s influence in Iraq.

The nature and priorities of the PMU represent a security issue in itself for Baghdad as Iraq’s government continues its struggle to establish full control over important PMU militias whose senior leaders maintain close links with Iran’s leadership. The country’s new prime minister, Kadhimi, seems the ideal candidate to ease Tehran-Washington tensions.

As chief of Iraq’s national intelligence, Kadhimi was able to develop a strong professional relationship with the intelligence communities in both the United States and Iran. In addition, following the resignation of former Iraqi Prime Minister Adel Abdul-Mahdi — considered as closer to Tehran — and the failure of the more Washington-friendly candidate, Adnan al-Zurfi, to form a government, both the US and Iran are more likely to accept a compromise candidate such as Kadhimi.

Considering the two major security challenges Baghdad faces following the beginning of the US-led coalition withdrawal out of Iraq, the Islamic State’s resurrection is likely to be the most challenging in the short term. The terror group has already been able to increase its activities as a result of the coalition’s reduced counterinsurgency efforts, and the prospect of a further withdrawal of US-led forces is a boost to the morale of local IS affiliates.

While in the short term both the US and Iran appear to be willing to give Kadhimi a chance as a compromise candidate, both countries will continue to seek to limit each other’s influence in Baghdad. Moreover, in the medium to long term, even a more significant relocation of US military forces out of Iraq does not exclude another US-Iran military escalation inside Iraq.

Antonino Occhiuto
Antonino Occhiuto's main areas of research and specialization are the relations between EU and Gulf Cooperation Council (GCC) member states, internal political dynamics in the GCC, Yemen and security in the Gulf.