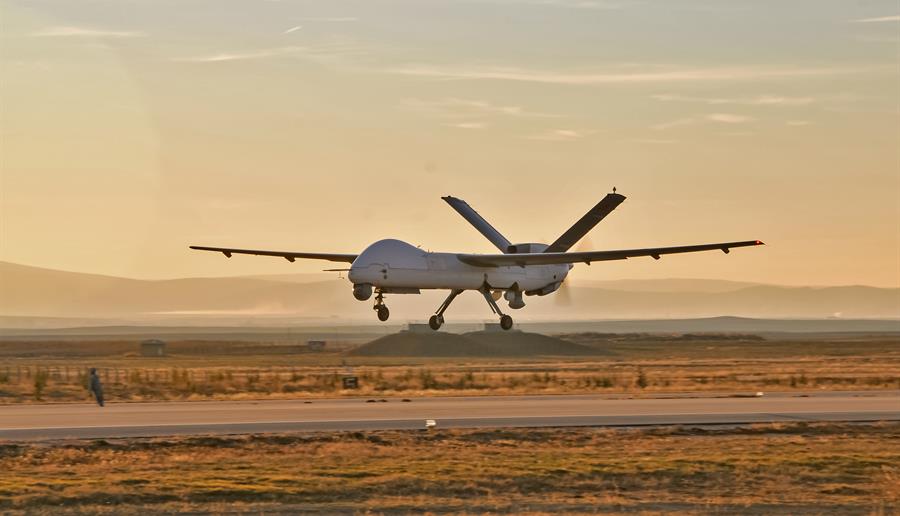 Is Turkey becoming a drone superpower?

Turkish drones are acquiring popularity and becoming a sought-after commodity on the global arms market.

Wars and armed conflicts change the course of history and drive technological progress. This is particularly true when it comes to the development of unmanned aerial vehicles (UAVs) and their combat use. Following 9/11 and Washington’s declaration of war on international terrorism, reliance on UAVs for intelligence gathering and reconnaissance reached a qualitatively new level.

The gamechanger occurred in February 2002, when an American remotely piloted aircraft (RPA) Predator performed its first killing mission. From this point on, possession over unmanned aerial combat vehicles (UCAVs) became a top priority and a matter of prestige for all technologically-advanced countries and their armies. Now, Turkey has joined this elite club.

As a result of the arms embargo imposed on Turkey in 1975 over Cyprus, Ankara initiated an ambitious program of import substitution, which led to the emergence of ASELSAN, a defense company. Subsequently, new large players emerged, including HAVELSAN (1982), Roketsan (1988), and TAI (2005). Facing multiple security-related threats posed by non-state actors engaging in non-linear war, Turkish armed forces required rapid modernization, including new means of intelligence gathering, recognizance and military operations — UCAVs. Turkey’s first step in this direction was pinned on reliance on import.

However, the “decade of disappointments” — purchases of American drones in 1996 and Israeli machines in 2006 turned out to be a disaster — prompted Ankara to pursue an import-substitution strategy. In many ways, adequacy of this move was preordained by the US decision to introduce an export ban on killer drones, which invigorated Turkey and pushed Ankara even harder toward an import substitution strategy. Ultimately, Turkey succeeded.

As noted by the president of ASELSAN Defense Industries, İsmail Demir, “I don’t want to be sarcastic, but I would like to thank [the U.S. government] for any of the projects that was not approved by the U.S. because it forced us to develop our own systems.“

By 2018, Turkey had achieved visible progress in the realm of UCAVs used by the Turkish armed forces in military operations. Toward the end of 2019, the country reportedly became “the world’s second-largest user of lethal drones” and “the first nation to use drones able to find, track, and kill targets without human intervention.” At this point, the Bayraktar TB2 performed its first killing mission in 2016, becoming Turkey’s first indigenous armed UAV system.

Between 2016 and 2019, the UCAV was successfully used in scopes of Operation Euphrates Shield, Operation Olive Branch, Operation Peace Spring as well as in various counterinsurgency operations against the Kurdish rebels in eastern Turkey and northeastern Iraq. However, it was in early 2020 when Turkey reached a new milestone in its use of UCAVs.

Turkish President Recep Erdogan went on to state that 10 Russian Pantsir medium-range surface-to-air missile and anti-aircraft artillery systems were destroyed. The Russian Defense Ministry immediately shrugged off this claim. Although the accurate figure remains a matter of intense debate, the fact that the rapid advance of the SAA was halted and the frontline was stabilized are not debatable points. This brief operation demonstrated three important points.

First, Turkey has the intent to test capabilities of its UCAVs forces in a massive and coordinated manner. Second, Ankara is ready to use killer drones against Syria’s armed forces. Third, the Anka-S UCAV had its military debut.

Undoubtedly, heavy losses suffered by the SAA, even though the actual losses might be somewhat lower than claimed by the Turkish side, should be attributed to the use of UCAVs — the Bayraktar TB2 and the Anka-S. Yet different observers and military experts make diverging assessments of this success.

According to the director of Security and Defence Studies Program at the EDAM think tank, Can Kasapoglu, Turkey’s use of killer drones became a “tactical game-changer.” A Turkish defense analyst Bahri Mert Demirel has argued that “for the first time in the world, drones were used as the primary element in air strikes … The use of drones in this manner has put forward a new military doctrine not only in Turkey but also in the world’s literature on warfare.”

Another defense analyst, Arda Mevlutoglu, stated that “Turkey’s use of drones in this operation is unprecedented in modern military history … This provides high precision long-range strikes, enabling Turkey to bypass the Idlib airspace yet managing to inflict heavy casualties to Syrian Arab Army targets.”

Russian military experts maintained a much more critical view. Specifically, they have claimed that Turkish “temporary success” was a tactical victory premised on the element of surprise. Arguably, once the SAA became used to this new reality, Turkish armed forces started losing UCAVs one by one. Other Russian experts maintained a more balanced viewpoint. Having recognized the imperfection of Turkish drones, it was argued that for the Syrians “confronting UAVs turned out to be an exceptionally hard task.”

Furthermore, it was contended that this task would have been far more difficult if Syrian (de-facto Russian) anti-aircraft artillery systems such as Pantsir and/or Buk had faced a swarm attack. Indeed, as confirmed by a renowned US drone expert Samuel Bendett, the Turkish side did not carry out a swam attack, whereas the “Russians are yet to deal with sophisticated drone attacks in Syria.”

Western sources acknowledged the undisputed success of Turkish UCAVs, yet underscored some of the drawbacks, which became evident during Operation Spring Shield. The main limitations highlighted in one analysis included: armament-related aspects; relatively high albeit tolerable level of losses in a short period of time; relatively low cruising speed, rendering Turkish UCAVs (primarily, the Bayraktar TB2) vulnerable to surface-to-air missiles (SAM); limited operational reach; and virtual absence (concerning both the Anka-S and the Bayraktar) of means of active/passive defense from air-to-air attack or SAMs.

In 2018, Erdogan set a strategic goal to be achieved by the Turkish defense industry. By 2023 — the Turkish Republic’s 100th anniversary — Turkey must enter the top ten global defense industry exporters. Undoubtedly, UAVs/UCAVs should become one of the factors securing this goal, and operations in Syria and Libya are to become the main marketing tool.

In effect, Turkish drones are already acquiring popularity and becoming a sought-after commodity on the global arms market. In 2017, Turkey sold six Bayraktar TB2s to Qatar, and Indonesia has also expressed interest in acquiring these machines. Subsequently, Ukraine signed a $69-million contract for another six Bayraktar TB2s. On top of that, Tunisia purchased six Anka-S drones, three ground control stations and an unspecified level of technology transfer — a contract reportedly worth $240 million.

At this juncture, however, one element must be clarified. The effectiveness of Turkish drones may differ depending on the operational environment. For instance, in Tunisia, where drones are to be used against poorly-trained and non-tech savvy local radicals in conditions of open terrain, the Anka-S is expected to be successful.

Meanwhile, in Ukraine the situation could be totally different. Between 2014 and 2019, Russia used advanced means of electronic warfare, such as the R-330Zh Zhitel, the Tirada-2, the RB-341В “Leer-3,” the RB-301B “Borisoglebsk-2,” the R-934UM, among others, via Moscow’s proxies. Given combat-proven effectiveness of these pieces, as well as some of the limitations of Turkish drones exposed during Spring Shield Operation, Turkish UCAVs might be less effective in Ukraine.

Beyond any doubt, the period between 2018 and early 2020 demonstrated how Turkey is becoming a drone (super)power. Further steps will lead toward (partial) elimination of some deficiencies observed in Syria, which will elevate Turkish UCAVs to a qualitatively new level. In military terms, Turkey has demonstrated its ability to successfully conduct high-tech military operations with the use of most up to date means of military confrontation.

On the other hand, successful use of drones has become a symbol of national pride and Turkey’s moral and psychological victory. That said, the results of the recent operation should be critically reviewed by the Turkish side. Seemingly impressive as they are, the victory was primarily secured due to a combination of visible technological superiority, the element of surprise and very limited engagement of the Russian side with its advanced means of electronic warfare.