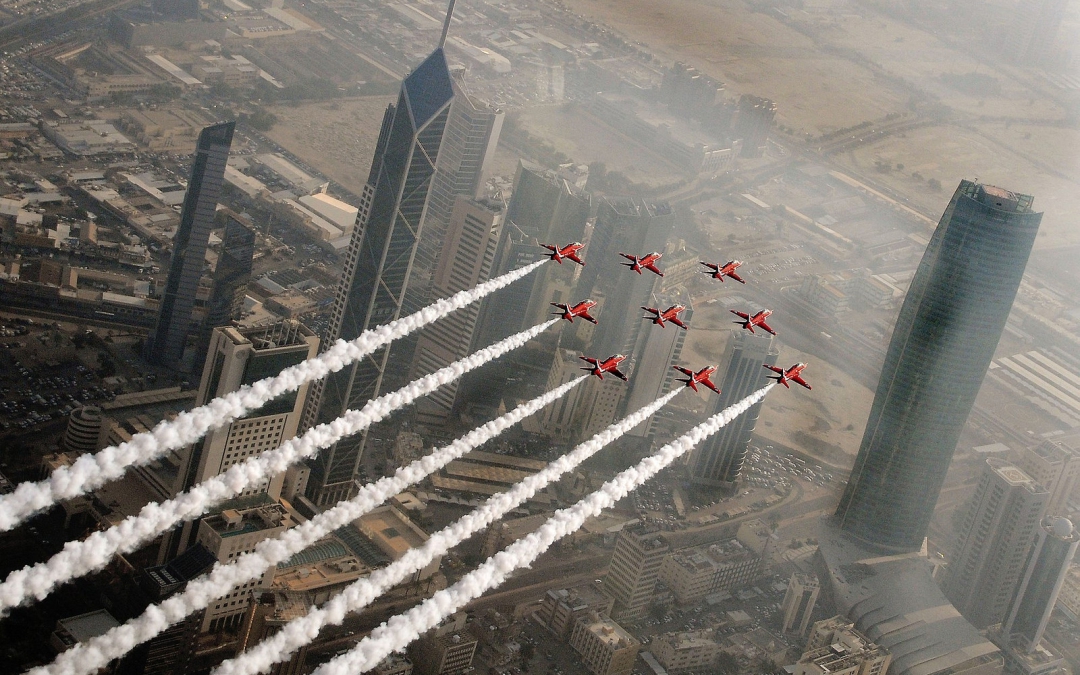 Much like other GCC Countries, Kuwait has set its sights on becoming a global economic powerhouse. The “New Kuwait” plan aims to improve the country in all aspects, including its global position, infrastructure, human capital, healthcare, economy, public administration, and sustainability. Kuwait has targeted 2035 as the ideal completion year for most of its larger projects, five years later than Saudi’s Vision 2030 plan. Kuwait, however, has already made a successful start and has nearly completed some of its outlined short term goals.

The country has identified four key strategies in its plan for a diversified economy: developing a tourism sector, creating an environment for private sector growth, attracting investors, and supporting the knowledge economy.

In sum, Kuwait hopes to invest both in physical and human capital as well as the private sector to become a center of prosperity and a leader in economic diversification. The country has already identified preliminary economic objectives as well as longer term projects that will work in tandem to potentially increase GDP and the overall quality of life in the country.

In the short run, the country has been actively tracking progress on economic projects that fall under these strategies. The projects have estimated completion dates ranging from 2018 to 2020 and lay the groundwork for medium- and long-run success.

To improve the standard of living and develop a tourism sector, the public and private sectors of Kuwait have partnered to develop a Recreational Service Centre. This mall will include shops, restaurants, cinemas, and sport activities. Recently, property developer Tamdeen broke ground on the waterfront “New Pulse of Kuwait” project.

The project is divided into two phases. The first prioritizes the shopping district and a five-star hotel. The center should serve as an attraction, but may have more domestic than international success. In order to attract international tourism, Kuwait may have to go the same route as the UAE and Saudi Arabia, with their entertainment/technology destination plans.

In order to create an environment for successful private sector growth, the country hopes to develop and support the real estate system. Though progress has not been documented so far on this project goal, the target date for completion is 2019. Already, the Q1 real estate profits have grown by 33 percent. (This growth, however, has been attributed to the repayment of lawsuit provisions.)

If Kuwait is successful in attracting investment and top talent pools, the real estate market will have to adjust as such. Trends in the demand for real estate projects should be examined carefully as the country moves forward with “New Kuwait”.

One project aimed at attracting investors, the construction of the Al-Zour oil refinery, will be wrapping up next year. This refinery will produce clean fuel, as well as kerosene and diesel, and will create an estimated 1,500 jobs for citizens. Partnerships for oil and gas development include American-based Honeywell.

The country will likely transition to sustainable energy development while still supporting the current infrastructure in place for oil and natural gas. Depending on the balance of current fuel technologies and investment in sustainable energy, Kuwait might fall behind other countries investing in the same when it comes to comprehensive sustainability plans.

The country has already developed international partnerships to help with development, and the current and future plans provide many opportunities for international investment and trade. By 2020, Kuwait’s construction sector will have an estimated value of $15.5 billion. As development continues into 2030, investors should look to the successes currently underway to serve as indicators for future larger investment opportunities. Kuwait is committed to investing in human capital and providing youth with resources to become productive and competitive members of society. The groundwork has already been laid for national education standards and comprehensive administrative standards. Kuwait also looks to improve higher education retention rates and specialization.

The Minister of Education and Higher Education, Hamed Al-Azemi, has been focusing on scholarship, private university development, and US partnerships to develop the education sector. There seems to be a balance between investing in the country’s own universities and sending exchange students to foreign universities.

The end goal for Kuwait is to foster an environment where young students can graduate and enter a competitive and productive workforce, bolstering the country in global economic competition. This plan will see the most success if other key contributing factors to Kuwait’s economy improve as well. In order to attract the best talent pool, Kuwait will have to present a competitive market for quality of life and growth.

Overall, Kuwait’s strategy of defining and actively tracking goals and projects has already proven to be a success. The resources allocated to Kuwait’s Vision 2035 show investment dedicated to a diversified and prosperous economy. The country has taken a comprehensive approach to development, both identifying underlying and overlying factors that could lead to the success of the economy.

Already there has been clear evidence of short-run success, which will later contribute to the larger goal of a “New Kuwait”. Compared to neighboring countries, Kuwait is holding its own in the race to 2030-2035.