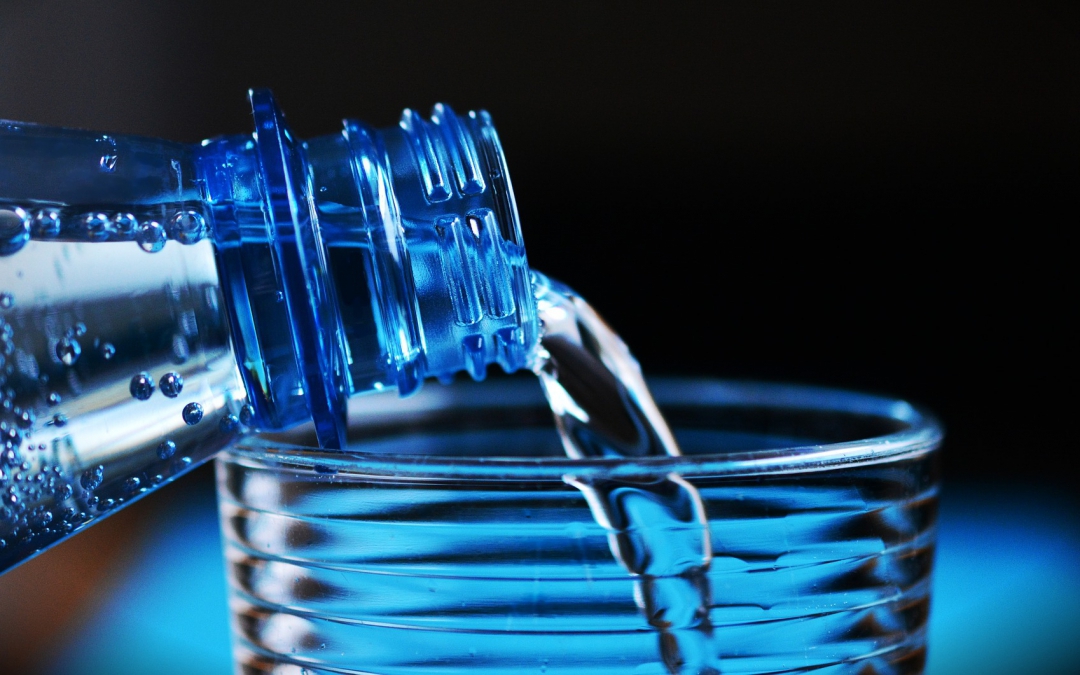 With the ambitious goal of achieving 100 percent usage of treated wastewater by 2025, the Kingdom of Saudi Arabia (KSA) may soon become the third largest water reclamation and reuse market in the world, after China and the U.S.

Saudi Arabia’s municipal wastewater treatment and reuse sector is currently valued at a market size of $4.69 billion. Because of its size and growth potential, it is important for companies (as well as private investors) to have a good understanding of this industry.

Desalination alone does not solve all the problems.

Though the production costs of desalination have steadily decreased, environmental and transportation costs must also be taken into consideration. Riyadh, the largest water consumer among all cities in the country, receives its desalinated water from a facility in Jubail, over 400 kilometers away. It is costly to pump water over long distances, and leakages occur regularly.

All factors considered, the real cost for the Saudi Arabian government to obtain one cubic meter of desalinated water runs about $6.00, while the full cost to repurpose treated wastewater is less than $2.97 per cubic meter. Thus, water reclamation and reuse offers KSA a cheaper way to meet the kingdom’s ever-growing water demand.

A case study has shown that water savings through reuse and conservation in the natural gas and crude oil sectors alone may help conserve up to 222 million cubic meters of freshwater annually, which is equal to about one-third of the country’s total industrial water demand in 2009.

Comparison between sources of water supply in Saudi Arabia, 2018 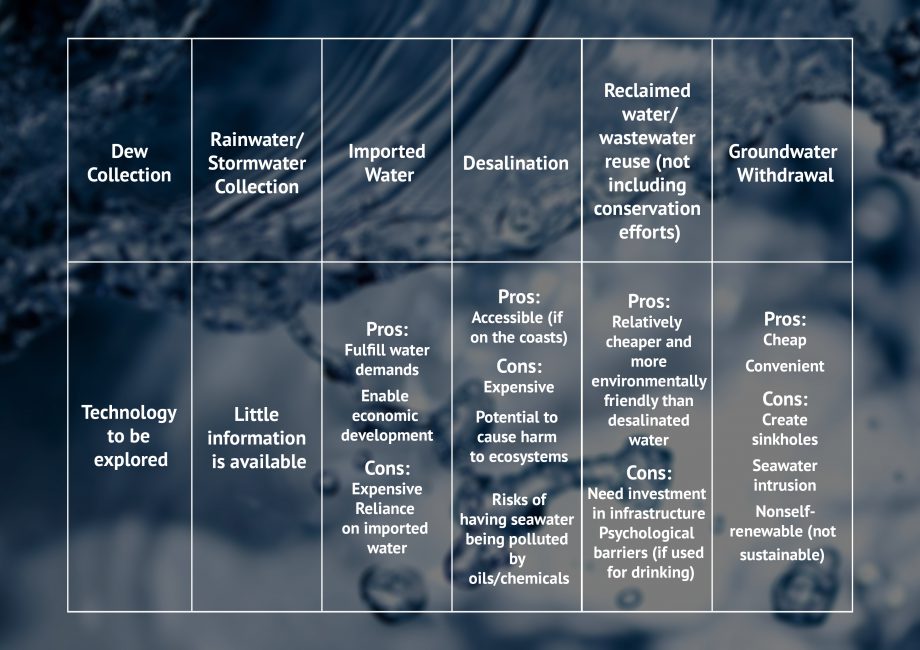 Aside from the low production cost and the benefits of water conservation, there are other advantages to greywater recovery and sewage recycling programs. Using recycled domestic sewage in irrigation reduces the need for chemical fertilizers, and pumping the recycled (treated) sewage into ground aquifers helps prevent seawater intrusion. Tailoring water quality to a specific usage also helps to conserve energy.

However, the existing wastewater collecting and treatment infrastructure in the kingdom is insufficient. The sewage produced in main Saudi cities in 2014 exceeded the capacity of treatment plants by 250 million cubic meters, and the consequence of the system overload is that inefficient treatment of sewage poses hazards to public health.

To solve this problem, the Saudi Ministry for Water and Electricity has estimated that the sewage sector will require an investment of $53 billion over the next 15 years.

Recognizing the importance and the potential of wastewater treatment and reclamation during the 2000s, the Saudi Arabian government established the legal framework for industry standards and created organizations such as the National Water Company (NWC).

The passage of the Saudi Water Act (2010) and the Treated Sewage Effluent (TSE) Initiative provided the kingdom’s agricultural as well as industrial customers large volumes of treated wastewater and created “a financially sustainable long-term market for treated sewage effluent”.

Private investment also has an important role to play in the water sector. Looking forward, the NWC has a plan for $23 billion worth of wastewater treatment and reuse-related capital improvement projects over the next 20 years.

The NWC is actively seeking public-private partnership, and the company is currently in the process of developing a business plan for privatization of wastewater treatment and reuse infrastructure, which presents potential investment opportunities for global investors.

In sum, modern water reclamation systems are expensive and require large down payments; however, they yield substantial benefits in the long run. During the coming months, we can anticipate more policies in favor of water reclamation and more money invested in the sector.

(During 2016, the global water and wastewater treatment market was valued at $478.15 billion. Across all sectors, recycled water production has the potential to grow at a compounding annual rate of 22 percent. By 2024, the global wastewater recovery systems market may surpass $50 billion.)