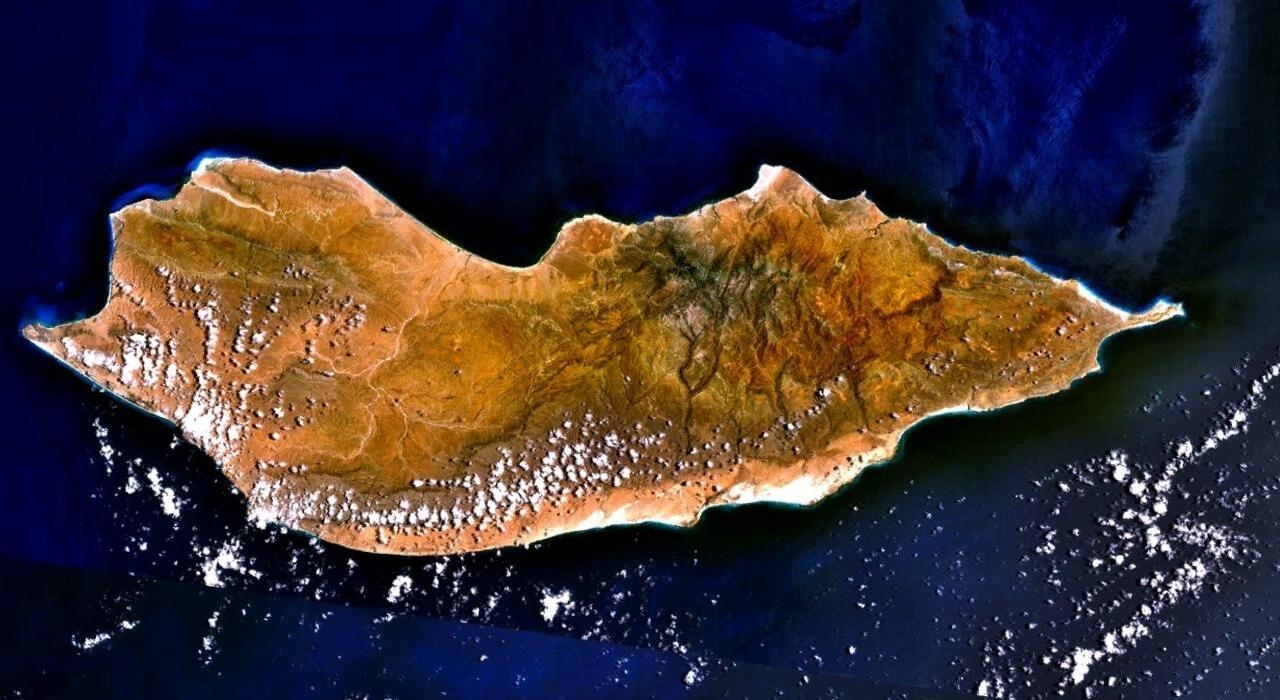 By Ali Mahmoud and Fernando Carvajal

As the battle for the city of Marib rages on, the fight over control of Socotra island once again threatens to divide the Arab Coalition supporting President Abdrabbuh Mansur Hadi and de-rail the Riyadh Agreement. Renewed tensions on the Gulf of Aden archipelago are rooted in the political conflict between southern elements and the Sunni Islamist party al-Islah, far beyond the headline-grabbing narratives of a UAE ‘takeover’. Southerners, led by the Southern Transitional Council (STC), primarily aim at eliminating access to southern territory for al-Islah as the city of Marib is likely to fall to Houthi rebels.

The Island of Socotra, seen as a strategic territory along the Gulf of Aden path into Bab al-Mandab and a platform onto the Horn of Africa, has been highly coveted by maritime powers. A reding of the British Archives of Yemen points to initial plans by the British navy to survey Socotra for a potential seaport before landing in Aden in 1839. Reportedly, weather patterns prevented the establishment of a port on Socotra, which also dismissed any pans for the Soviets to establish a port during the period of the People’s Democratic Republic of Yemen (PDRY) between 1967 and 1989. Moscow opted early on for al-Anad base in Lajh province near Aden, their largest air base in the region. Since the turn of the century, Yemenis would share rumors that the US was interested in building a base on Socotra, reportedly Saleh had agreed to sell the territory. Finally, current views on UAE regional ambitions place the Emirati government as the most recent power interested in establishing a launching base on Socotra. The island was administered by the British through the bin Afrar Sultanate of Mahra and Socotra, then from Aden during the period of the PDRY, as part of Hadhramawt since unification, and now as its own province since December 2013 by order of President Hadi.

STC rival media outlets have mostly fueled these claims of a UAE grab. The main island in the archipelago has been dismissed as potential military base for nearly two centuries, and current weather patterns render air access to Socotra unavailable for over four months out the year. The UAE, among others, knows the obstacles as the Gulf government has been at the forefront of relief following devastating storms.  “The UAE has been leading the reconstruction process in Socotra following devastating cyclones, such as Chapala, Megh, and Mekunu, just in the last five years”, said Soqotra resident Saeed bin Majed.

In early 2018, the conflict between the STC and Prime Minister Ahmed Bin Dagher sparked clashes in Aden. Eventually the conflict spilled onto Socotra. Protests broke out on the island, pinning supporters of the STC and hose supporting the government of Bin Dagher, in a battle over which flag should fly on Socotra. While Saudi Arabia mediated a ceasefire in Aden, the stand-off remained in Socotra, until PM Bin Dagher was replaced in October 2018, in what appeared as a concession to both the STC and the UAE. The STC eventually shifted their focus to Ramzi Mahroos, governor of Socotra appointed by president Hadi, who is identified with the Yemeni Socialist Party (YSP) but his relations with the Islah leadership surfaced as a primary reason for opposition to his government.

The fight for Socotra is primarily an extension of efforts by the STC to remove all vestiges of elements affiliated with al-Islah from southern territories. It is framed as protection of the south from legacy political actors with a long history of antagonizing the southern population and sustaining the presence of terrorist elements across southern provinces. Not only do southerners vividly recall the role of al-Islah during the war of 1994, but more recently Adenis remind al-Islah of the heavy-handed suppression of peaceful protests by Governor Waheed Rasheed between 2012 and mid-2014. Furthermore, this perception of al-Islah was reinforced by evidence of tactics used by al-Islah officials in Aden. For example, in July 2013 a high-ranking official in charge of the National Dialogue admitted Aden security officials were purposefully detaining young Hirak activists in cells shared with Ansar al-Sharia members, exposing the young Hirakis to radicalization and recruitment by known terrorists.

A conflict with legacies

Nearly six years since the liberation of Aden,  and four years since the establishment of the STC, southern elements continue to see an existential conflict with legacy actors, primarily with al-Islah. The opposition to the role of the Sunni Islamists within the Legitimate Government is at the root of their resistance aiming to restructure the center of power on the ground and not just in the political sphere.

Since 2017, elements of Hirak have attempted to draw a wedge between president Hadi and al-Islah, to no avail. Corruption, smuggling of oil and unpaid salaries across southern provinces have been at the center of accusations by STC against Ahmed Bin Dagher, current PM Maeen Abd al-Malek, members of the president’s inner circle and affiliates of al-Islah within the National Army. STC narrative of opposition and resistance remains rooted on the marginalization, if not complete expulsion, of legacy northern political forces like al-Islah from the south. Having pushed back the Houthi-Saleh forces in May 2015 from southern provinces of Abyan, Aden and Lahj, southern forces shifted their focus to the Sunni Islamist party al-Islah, a partner of president Abdo Rabbo Mansour Hadi, whose leadership is hosted in Riyadh. The partnership, or alliance to balance the political forces with the UAE was born out of the initial aim to expel Houthi-Saleh forces, and later expanded to wider shared interests when southern provinces became the area of responsibility for the UAE within the Saudi-led Coalition to Restore Legitimacy.

The relationship between the UAE and Yemen’s south is not new. Primarily sustained through migrants from southern provinces, many owning small businesses across the Emirates and some even serving in the armed forces. In 2015, some of these expats facilitated contact between the UAE military and members of the resistance fighting Houthis, helping to direct financial and military assistance leading to the liberation of Aden. In the case of Socotra, Sheikh Ghanim al-Zahki says about 30 percent of Socotra’s population reside in the UAE, most of them living in Ajman, among them, Socotri students studying at the expense of the UAE government. “There are historic ties between Socotra and the UAE, such ties date back to the sixties”, said al-Zahki, a prominent tribal figure in Socotra.

Like the situation on the mainland, the lack of development and the political spilling onto the island since the spark of the Arabi Spring in 2011, relations between Socotris and the UAE were facilitated and strengthened via delivery of aid. “The UAE, through Khalifa Foundation, has provided life-saving aid for residents on the Island monthly and have rehabilitated the main roads damaged by the last cyclones. The Khalifa Foundation has provided free cooking gas, opened new schools and pay salaries for 470 in-contract-teachers in public schools”. Also, the foundation has built around 480 residential blocks for families who lost their homes during cyclones, rehabilitated Socotra airport, constructed and equipped Khalifa bin Zayed hospital, according to a local official.

These ties between the UAE and the people of Socotra undoubtedly facilitated support for the STC, as an extension of Hirak and opposition to the role of al-Islah on the island. While the governor appointed by president Hadi was able to rally support against the alleged incursion of UAE military on the island, local residents view “former governor Ramzi Mahroos and the former minister of Fishery, Fahd Saleem Kafayin Rafoon, [as] the Islah top leaders in Soqotra, along with Eisa Muslim”, according to a local resident.

As pro-Hadi government forces continue to lose ground to Houthis in Marib, the potential fall of the provincial capital could deeply impact the geography of the conflict. While the conventional view on Houthi ambitions in Marib centers on territorial gains and control of the refinery and power station, the fall of Marib city would dislodge elements of al-Islah from northern territories. Southerners believe pro-Hadi forces and political allies would only have areas in the south as refuge.

For six years all eyes have been on the war against Houthi rebels, while other conflicts linger on the margins. The battle fronts in Hodeida and Taiz pinned Houthis against forces previously allied with former president Ali Abdullah Saleh and al-Islah, respectively. The stalemate in Taiz created a stronghold for forces affiliated with al-Islah, and it is unlikely these forces will make any gains against Houthis or create space for affiliates to regroup after Marib. Southerners realize that a withdrawal from Marib means pro-Hadi forces will regroup in northern Hadramawt or northern Shebwa.

Since 2018, the conflict between the STC and al-Islah has expanded from clashes in Aden to Abyan, Hadharamawt, Shebwa and Socotra. In Aden, cooperation between pro-STC Security Belt forces and the UAE focused on counter terrorism, which expanded into Shebwa prior to UAE withdrawal from Yemen in July 2019. The shared interests to dislodge terrorist elements from the STC core (Abyan, Aden, Lahj) strengthened the relationship and secured further political support for the STC up to the signing of the Riyadh Agreement, recognizing the STC as the legitimate representative of southern peoples.

By strengthening their position in Socotra since 2019, the STC aim to deprive al-Islah of vital territory for refuge if Marib falls to Houthis. As government forces are pushed east and south by Houthis, president Hadi once again faces a new challenge, and his dependence on al-Islah is again at risk. At the same time, the relationship between the UAE and Saudi Arabia is tested over the role of al-Islah. The emergence of new elements aligned with AQAP, highlighted by Houthis, southern security forces and US officials, has reinforced STC views on emerging threats along southern provinces. Western Hadhramawt is seen as ripe for a safe haven for terrorist elements, and the STC believe control of Socotra also deprives such actors of further territory in southern Yemen.

Ali Mahmood and Fernando Carvajal
Ali Mahmood is a Aden-based freelance journalist who covers the war in Yemen. Fernando Carvajal is a PhD candidate in Arab and Islamic Studies at the University of Exeter in the United Kingdom. He has over 14 years of experience conducting field work in Yemen and is a specialist in Yemeni politics and tribal relations.