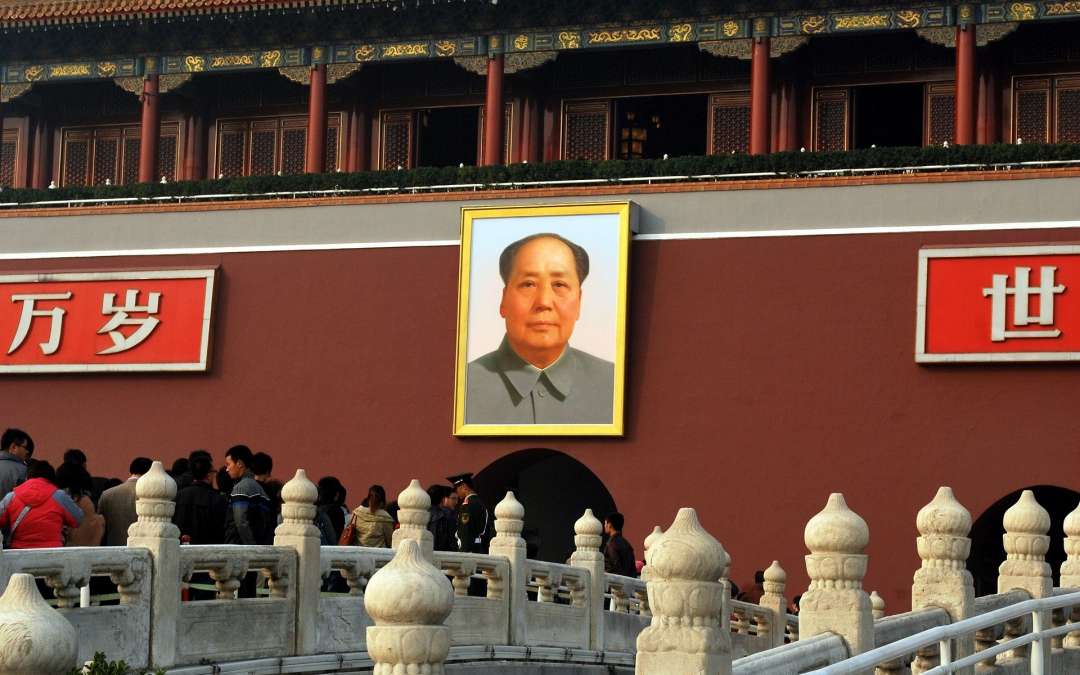 The Gulf’s balance between the US and China

Although the United States has a much longer history in the Persian Gulf than China, Beijing is moving fast to pull the wealthy region into its economic sphere of influence.

The Belt and Road Initiative (BRI), China’s investment strategy for international development, has allowed Chinese officials to cement relationships with Qatar, Saudi Arabia, the United Arab Emirates (UAE), and other American allies in the Gulf by bankrolling the construction of planned cities, ports, and special economic zones. For their part, the region’s monarchies are balancing American might with Chinese capital.

Chinese firms have spent several years pursuing lucrative opportunities in the Gulf. Since 2017, a Chinese consortium has been putting $10.7 billion toward transforming an obscure Omani fishing village into the Special Economic Zone Authority of Duqm (SEZAD). Over in Abu Dhabi, meanwhile, a Chinese state-owned enterprise invested almost three hundred million dollars in a new terminal at Khalifa Port last December, a month after China reached a similar deal with Hamad Port in Qatar.

Even the Gulf’s smallest monarchies are working to strengthen their ties to investors in Beijing. China and Kuwait have devoted $82.2 billion to Madinat al-Hareer, a Kuwaiti planned community that Chinese officials envision as a Middle Eastern BRI waystation. Last year, Bahrain moved to dispatch a delegation to Shenzhen to conclude several deals with Chinese technology companies.

Little suggests that the Gulf’s regional powers are reconsidering the primacy of their alliance with the US, but businessmen and policymakers from Manama to Muscat recognize the Chinese ability to employ economic resources that none of China’s Western peers can match. In addition to China buying over three-quarters of the fossil fuels that Oman exports, the Sultanate and Saudi Arabia trade more with China than with any other country, speaking to the ties underpinning BRI projects such as SEZAD.

In a few cases, the relationship between Chinese investors and their Arab counterparts has turned reciprocal. In February, Saudi Aramco devoted $10 billion to a refinery near the Chinese city of Panjin, following a 2017 plan for a $20 billion Chinese–Saudi investment fund.

Qatar preceded Saudi Arabia by several years, establishing its own $10 billion investment fund for projects in China back in 2014. Only one year later, two Qatari companies bought 49 percent of a Chinese business involved in the petrochemical industry. Qatar Airways, the Qatari flag carrier as well as a state-owned enterprise, purchased five percent of China Southern Airlines earlier this year.

As the Gulf begins weaning itself off the petroleum industry, pursuing investments from and in China has become an attractive approach to diversification for all Gulf Cooperation Council (GCC) member-states. Chinese investors also come without the baggage inhibiting many of their American and European counterparts.

China’s lack of history in the Middle East has enabled the East Asian world power to avoid the stumbling blocks that have hindered other players active in the region. Whereas Britain, France, Russia, and the US have taken sides in some of the Middle East’s most contentious conflicts—gaining allies and enemies alike—Chinese foreign policy prioritizes non-interventionism.

By more or less ignoring ongoing proxy wars in Libya, Syria, and Yemen, this hands-off diplomacy has helped Beijing incorporate some of the Gulf’s bitterest rivals—from Iran and Saudi Arabia to Qatar and the UAE—into the BRI.

Even as Western companies reconsider their involvement with Saudi Arabia after Saudi agents killed Jamal Khashoggi in Turkey, China, which has its own pattern of silencing critics, just promotes the continuation of business with the Saudi government.

In return for foreign direct investment, China demands that potential economic partners respect its claim to Taiwan, a nonissue in the Gulf, and refrain from criticizing the escalating Chinese persecution of Uighurs, a Muslim minority group that Chinese authorities have forced into concentration camps by the thousands, prevented from praying, and subjected to racial profiling and mass surveillance.

GCC states have so far heeded China’s wishes on the Uighurs, illustrated by Saudi Crown Prince Mohammad bin Salman expressing support for the crackdown in a February meeting with Chinese President Xi Jinping. Nonetheless, Turkey, another important Chinese partner, has restarted its condemnation of Beijing for the Uighurs’ conditions.

Beyond tensions over its treatment of Muslims, China will have to contend with a pair of East Asian competitors in the Gulf. Japan, Qatar’s largest partner in international trade, and South Korea, to which Kuwait exports the greatest share of its goods, are outcompeting China on several fronts. India, another longtime Chinese rival, is also making its presence felt in the Gulf. As new players in the Middle East, India, Japan, and South Korea enjoy many of the advantages that have empowered China.

The inroads made by China and other Asian powers point to a wider trend in the Gulf: though Qatar, Saudi Arabia, the UAE, and their neighbors will likely rely on American military protection for years to come, all GCC monarchies believe that their economic future lies outside the Western world.

As a comprehensive offer of foreign direct investment, the BRI represents an enticing alternative to Western financial assistance even if it fails to replace American military aid. Whether China can sustain this promise will determine how long Chinese officials maintain the GCC sheikdoms’ economic allegiance.