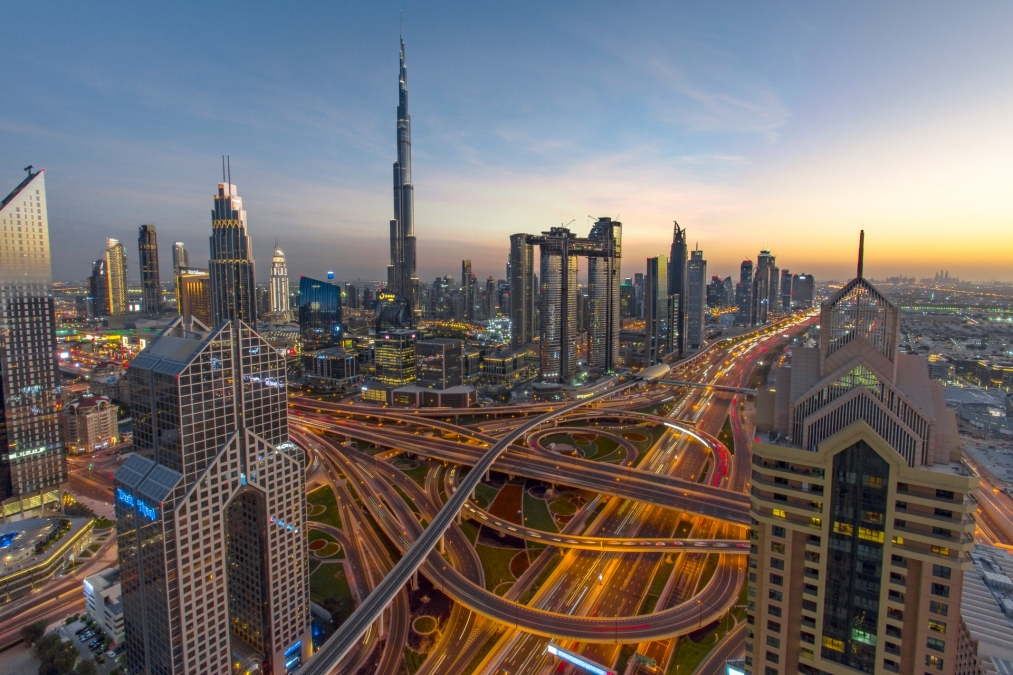 By Giorgio Cafiero and Kristian Alexander

Last year, 2019, was the “Year of Tolerance” in the United Arab Emirates (UAE). In the Emirates, the official narrative was, as one author in The National wrote, about “the country’s dedication to welcoming people of all backgrounds and beliefs and its role in encouraging peace and stability in the Middle East and beyond.” The event which perhaps most highlighted Abu Dhabi’s efforts to showcase “tolerance” as a pillar of the UAE’s foreign policy came on February 3, 2019, when Pope Francis arrived in the Gulf state, marking a pontiff’s first-ever visit to the Arabian Peninsula.

Promoting the concept of the UAE as a state which stands for “tolerance” (as defined by the Emirati leadership) will continue to be a foreign policy strategy for Abu Dhabi. In a war of narratives, the UAE will use this idea in ideational battles with the country’s geopolitical and ideological foes from the Muslim Brotherhood to the Islamic Republic of Iran.

Indeed, the religious diversity of Dubai, where mosques, churches, and synagogues exist, exemplifies the ‘tolerance’ of the UAE which the country’s leadership hails. At a time in which the UAE is working to build bridges with Israel while pushing back against the forces of political Islam, the idea of interfaith dialogue between Muslims, Jews, Christians, and members of other faiths will be how the Emiratis frame their outreach to Tel Aviv.

With different communities across the Arab region remaining strongly opposed to Arab states normalizing relations with Israel, it will be important for the Emiratis to have official narratives that justify improved ties with the Jewish State. Promoting both ‘tolerance’ as well as the idea of allying with Israel to counter political Islam and Iranian influence will be key.

Yet as the UAE continues appropriating the concept of “tolerance,” there needs to be a nuanced look at what this idea means within an Emirati context and what limitations the UAE places on “tolerance.” As many scholars and analysts have observed, in the UAE this idea is very “top-down” imposed. For example, some critics have wondered why in a country that hails tolerance is there no freedom for citizens to establish their own political parties for advocating their own ideas? Why is there no freedom of speech or expression in the Emirates, if the country’s foundation rests upon “tolerance”?

Unquestionably, a nuanced analysis of the idea of “tolerance,” particularly in terms of how the UAE applies and implements it in Abu Dhabi’s foreign policy, is necessary. Thus, narratives about the UAE being a liberal country that is defined by its diversity, openness, equality, harmony, respect, and multiculturalism need to be scrutinized and understood outside of traditional western understandings of these terms

The UAE was ranked number one on the regional tolerance index in 2016 and came in third in the world, according to the tolerance index commissioned by the International Institute for Management Development. While it is unclear, how “tolerance” was exactly quantified and specifically measured, generally speaking, social tolerance refers “to the extent of recognition and acceptance of differences, willingness to grant equal rights, and refraining from openly intolerant attitudes.”

The Global Social Tolerance Index, based on the World Values Survey, incorporates gender, minority, immigrant, and religion tolerance dimensions. Ultimately, like with most other concepts, “tolerance” is a multidimensional construct and requires a multi-factor analysis that allows for a more fine-grained/tuned approach to its various aspects.

For the Emiratis, “tolerance” is a soft-power tool used to advance the UAE’s national interests in the greater Middle East. Yet this “soft-power” strategy complements “hard-power” tactics that Abu Dhabi employs, most notably in war-torn areas from Libya to Yemen. While the UAE works to advance its goals in these conflicts, the small state and soft-power dynamics of Emirati foreign policy are aimed to strengthen the UAE’s reputation as a progressive state that helps the Arab region counter-extremism, terrorism, and other threats to civilization and modernity.

Among the Gulf Cooperation Council (GCC) member-states, namely Saudi Arabia and Qatar, the UAE’s brand of “tolerance” is about Emirati uniqueness. As the only Gulf state with a “Ministry of Tolerance,” Abu Dhabi is seeking to establish a model for the Arab world that further enhances the UAE’s regional position as an actor with a progressive reputation. Devising narratives to add moral weight to the blockade of Doha will remain extremely important to officials in Abu Dhabi, particularly with respect to efforts aimed at selling the UAE’s firmly anti-Qatar positions to western audiences.

The UAE has for many years sought to protect and expand foreign direct investment and relax sponsorship rules, especially through the creation of so-called economic free zones in which companies do not have to adhere to federal law. This image is further strengthened by the fact that it has three major airports, two international airlines, and two major ports. At the same time, the UAE has also branded itself by emphasizing luxury tourism and its supportive infrastructural development.

The country’s reputation as a tax-free haven, its business-friendly environment, adoption of the latest technology and the pro-investment approach of the government have also helped to boost its economic growth.

As a result, the UAE wants to be viewed internationally as a safe destination for foreign investments and a signiﬁcant proportion of gross national product (GNP) now comes from non-oil sectors. Several studies have indicated that more tolerant countries tend to attract more net migrants, have a greater concentration of talented workers, higher levels of economic development, and are thus more competitive.

Lastly, when discussing “tolerance” as part of Abu Dhabi’s foreign policy, nationalism is a factor that must not be overlooked. The UAE has been at the forefront of promoting “positive patriotism.” The goal is to instill a strong sense of nationalism and loyalty to the nation by practicing commitment to citizenship obligations.

In the UAE, the notion of national identity is intrinsically linked to the late Shaikh Zayed Bin Sultan Al Nahyan, the charismatic founding father and driving force behind the formation of the UAE. He personifies much of what many Emiratis uphold or strive for. His virtues and persona and his frequent utterances about “tolerance” have become the benchmark and ideal for what it means to be an upstanding/model citizen of the UAE.

The discourse on “tolerance” is meant to generate social cohesion and state legitimacy. It is part of a national education program, in particular, geared toward young Emiratis, socializing them into the principles of the state and encouraging them to practice “tolerance” via volunteer associations.

When 2019 was wrapping up last month, the UAE cabinet emphasized that the initiatives and activities which began in the “Year of Tolerance” would continue in 2020 and beyond. This is because “tolerance” is an “intrinsic part of Emirate heritage established by the country’s founding fathers.” With Expo Dubai 2020 coming up, the Emiratis are continuing to use such tools of cultural diplomacy while simultaneously asserting the UAE’s power militarily in hotspots such as Libya.

Although it remains to be seen how many other Arab states follow its lead in terms of using “tolerance” to strengthen their geopolitical and diplomatic positions in the world, the UAE’s embrace of this idea has become an institutionalized aspect of Emirati foreign policy.

Giorgio Cafiero and Kristian Alexander
Giorgio Cafiero is the CEO and founder of Gulf State Analytics, a geopolitical risk consultancy based in Washington, DC. His research interests include geopolitical and security trends in the Arabian Peninsula and the broader Middle East. Dr. Kristian Alexander is an adviser at GSA. He is also an Assistant Professor at the College of Humanities and Social Sciences, Zayed University, Abu Dhabi, UAE.