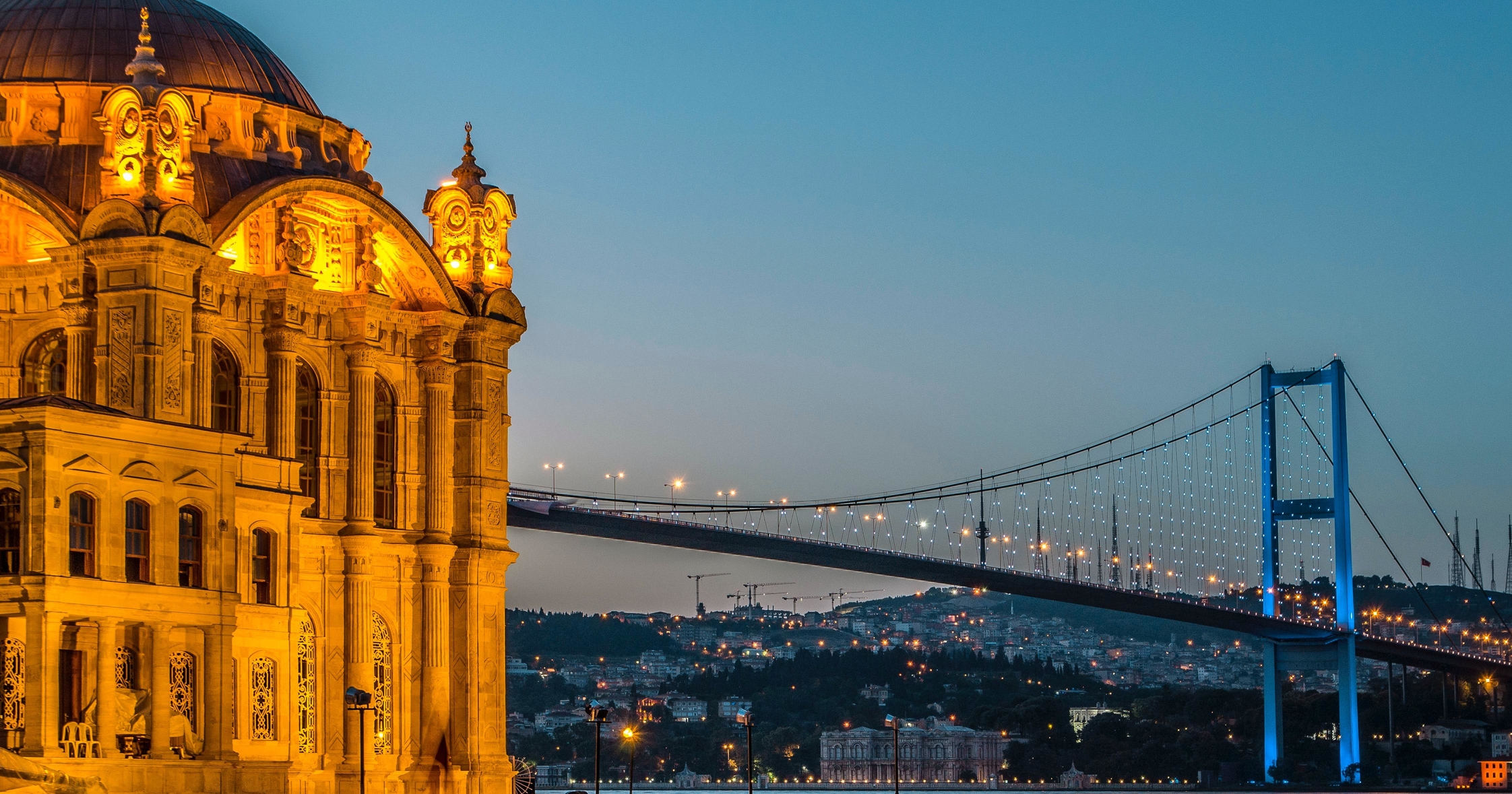 Turkey: Between the EU and GCC

Historically, while referring to Turkey’s geopolitical importance, the metaphor of the bridge explains its position between East and West. Bernard Lewis quotes Field Marshal Sir William Slim as saying: “Turkey is the only European country in the Middle East (and) the only Middle Eastern country in Europe.”

Turkey’s position at the crossroads between Europe and the Middle East has provided the country with several geopolitical opportunities and constraints. Consequently, this has led to ebbs and flows in its relations with two regional blocs; namely the Gulf Cooperation Council (GCC) and the European Union (EU).

While analyzing Turkey’s relations with these two regional blocs, it is important to acknowledge that the member countries within these two blocs have different foreign policies and pursue different relations with Ankara. This article analyzes Turkey’s role in the enhancement of GCC-EU/NATO ties.

Heydays of Turkey’s relations with the EU and GCC

The early 2000s were the heydays of Turkey’s relations with both the EU and GCC. Developments in the international and domestic spheres have largely contributed to the improvement of Ankara’s relations with these blocs, while the same factors have also led to a GCC-EU closeness with Turkey playing a crucial role in this regard. Scholars often refer to the 2002-2005 period as the “Golden Age of Europeanization” in which the EU called to initiate accession negotiations with Turkey in 2004.

Europe’s historic offer to Ankara that put the country on the track to membership in the EU received great attention from the Arab world that during then-Prime Minister Recep Tayyip Erdoğan’s press briefing over the event, there were 200 representatives of the Arab media, in addition to the Turkish delegation and media.

In order to boost its links with the Gulf, the same year, Turkey, a NATO member having the second largest army within the alliance after the US, played a significant role in the establishment of the strategic dialogue between NATO and four out of six GCC states: Bahrain, Kuwait, Qatar, and the United Arab Emirates (UAE).

Ankara was instrumental in launching a NATO initiative, known as the Istanbul Cooperation Initiative (ICI), which aimed to develop cooperation in the field of security with the Middle East. With this initiative, Turkey actively supported the partnership between NATO and the GCC. A year later, in 2005, in a significant step for economic relations, then Turkish President Abdullah Gül and Secretary-General of the GCC, Abdul Rahman Bin Hamad Al-Attiyah, inked a framework agreement to launch talks for a free trade agreement between Turkey and the GCC in Manama.

Again in 2005, another significant development happened that deepened Turkey’s relations with the GCC. For the first time in its history, the Organization of Islamic Cooperation (OIC) elected its secretary-general by a democratic vote. The members of the organization elected Ekmeleddin İhsanoğlu, a Turkish academic and diplomat, after an election between three candidates rather than negotiating behind closed doors. GCC countries had strongly supported his candidacy as the first Turkish diplomat to occupy the post.

Turkey, a country with a secular constitution, had tried in the past to take over the OIC presidency but failed. The election of a Turk as the ninth secretary-general of the OIC, the second-largest intergovernmental organization after the United Nations, was an indication of Turkey’s increasing prestige in the Middle East.

Turkey becoming the first non-Gulf country acquiring the status of a strategic partner within the GCC in 2008 after signing an MoU with the regional bloc further proved this point. The economic cooperation between Turkey and the GCC was first raised at a meeting of the regional bloc in June 2004 and further developed with the signing of an economic cooperation deal in May 2005.

However, the MoU of 2008 was the milestone in Turkish-GCC relations. Several factors have played a role in Turkey becoming a strategic partner of the Gulf. First and foremost was the change of leadership in Turkey to one that was keen to develop relations with the Gulf. The second was the economic development that the new ruling party achieved within a decade.

The third was Turkey’s close ties with the West, its membership in NATO and membership accession to the EU. Overlapping with these considerations were external dimensions such as instability in Iraq, Iran’s nuclear threat, international terrorism, and the security of the region.

The perception toward Turkey developed so positive that then Secretary-General of the Arab League Amr Moussa, in the last Arab summit before the Arab uprisings held in March 2010 in Libya, proposed to expand the Arab League with the inclusion of Turkey. However, Moussa’s “Arab neighboring policy” was postponed to the next summit and was never realized after the region was shocked with the wave of “Arab Spring” uprisings that started a few months later.

GCC closes ranks with the EU/NATO, Turkey gets out of the picture

The old cliché of “Turkey serves as a bridge” was aimed to be realized in reality when in 2009 during the First Joint Ministerial Meeting of the GCC-Turkey High-Level Strategic Dialogue held in Istanbul, sides have agreed to establish a railway that would connect the Gulf region to Europe via Turkey.

GCC states, which highly appreciated Turkey’s EU membership process, considered a European Turkey as a model for developing their own relations with the EU. For example, in an interview for Arab News in 2004, the British ambassador to Saudi Arabia underscored that calls for reform in the Gulf are worthwhile and that Turkey is a good model.

However, while Turkey cozied up to the GCC, the gap between Turkey and the EU had widened at the same time. In 2008, when Turkey became GCC’s strategic partner, the same year, despite early positivity, the Turkish-EU accession process stalled mainly due to the Cyprus issue. Although the EU Commission proposed a positive agenda for Turkey’s accession process in 2011, the process soon reached a standstill due to enlargement and crisis fatigue in European countries.

The onset of Arab uprisings and the subsequent developments have forced Turkey’s relationship with the EU and the GCC into a complicated one while bringing the GCC closer to the EU and NATO.

The developments regarding the Syria, Egypt, Gulf, Libya, and most recently the eastern Mediterranean have kept Turkey with some EU (France and Greece) and GCC (Saudi Arabia and the UAE) states on a collision course, while same regional developments paved the way for the closer relations between the France/Greece and Saudi/UAE camps, at the expense of the Turkey/Qatar axis. The underlying causes of the deepening GCC-EU ties at the expense of Turkey have deeper roots based on regional, international, and, of course, domestic levels that are needed to examine.

At the regional level, the ouster of years-long regimes in the region with uprisings became a litmus test for Turkey-EU and Turkey-GCC relations. While Turkey felt apart from the EU due to the refugee and Kurdish issues, it clashed with the Saudi-led GCC bloc due to the Muslim Brotherhood issue. At the international level, the US policies have significantly affected both Turkey’s relations with the two blocs, as well as GCC-EU relations in general.

Washington’s reaction to the Arab uprisings, particularly in Syria and Egypt have led GCC states to question the US commitment to guarantee their security. Although President Donald Trump is a more welcome partner when it comes to dealing with Iran, but his contradictory policies have created mistrust in GCC countries which in turn have started to see EU members as more reliable international partners. Last year, the EU opened the headquarters of its mission in Kuwait.

The delegation is the third EU mission to the GCC, as there are two delegations in Saudi Arabia and the UAE. In 2017, NATO has opened its first regional center in the Gulf region in Kuwait as a result of ICI. The ambassadors representing the North Atlantic Council and GCC’s four ICI partners also came together in Kuwait last December.

While for Turkey, Ankara’s disappointment with its western allies—both the EU and the US—due to Arab uprisings exacerbated further following the July 2016 coup attempt. This led Turkey shifting its attention to Russia and Iran through the Astana peace process and eventually led the purchase of the S400 despite NATO’s frustration.

Turkish-EU estrangement is also due to developments in the latter itself, particularly the rise of right-wing populism. While Turkish-American relations, which went through one of its toughest eras due to several issues, was most importantly due to Washington’s support for PKK-linked entities in Syria.

On the domestic level, Erdogan’s increased consolidation of the political sphere since 2016, the rise of right-wing populism in the EU, assertive leaderships of the Saudi-led GCC bloc (MbS and MbZ), have all become the driving forces in shaping Turkey’s relations with the two regional blocs; as well bringing together the anti-Turkey actors within the GCC and EU closer.

In a nutshell, the developments of the early 2000s paved the way for Turkey to play a significant role in enhancing GCC-EU/NATO ties as Ankara enjoyed its heydays with West and the Middle East. The era in the post-Arab uprisings has limited Turkey’s role, as the two regional blocs found common grounds to get closer, which one of them being a shared anti-Turkish sentiment.