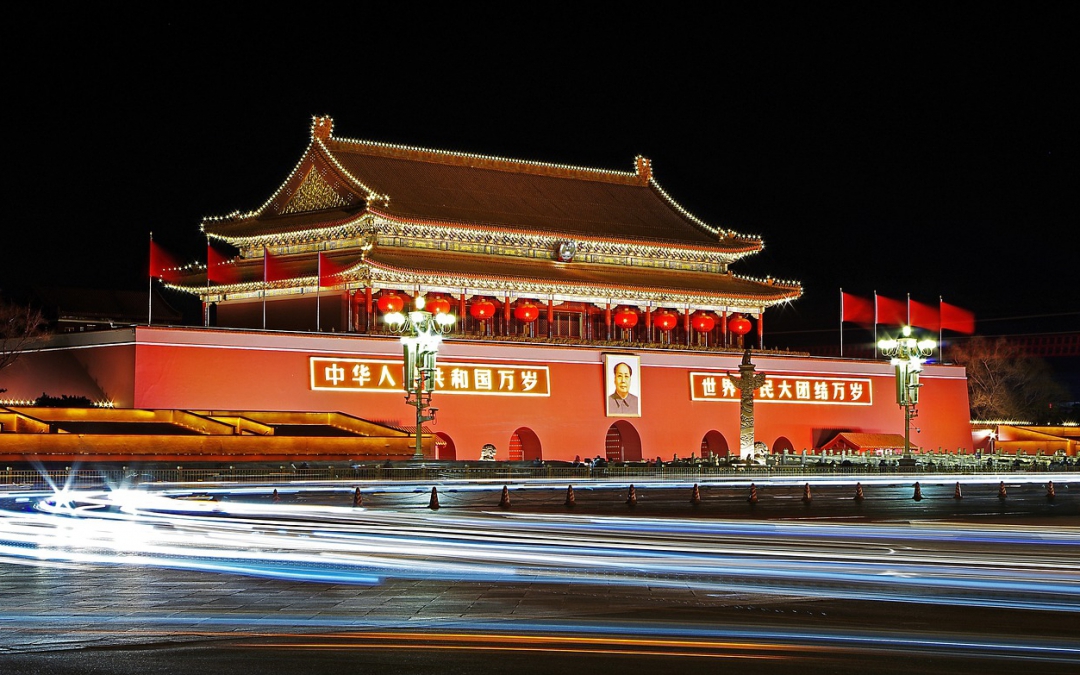 China’s expanding role in the Gulf during recent years has prompted much analysis, from both inside and outside the PRC. While these studies have enriched our understanding to a certain extent, they often fail to provide a sufficiently nuanced interpretation. A more comprehensive approach is necessary.

The existing literature on China-GCC relations frequently lacks sufficient attention to history. China’s expanding foothold in the Gulf is too frequently seen as a clean and uncompromising break with the past. Only a few studies provide context, and that is often not broad enough.

Most examinations of China’s ties with the Gulf countries are based on the orthodox theorizations within the study of IR – realism and neo-liberalism – that regard the world as static and rational. As a result, China’s role in the Gulf is usually considered the historical outcome of its geopolitical and geo-economic interests, without sufficient attention paid to how those interests come about.

Zhao Daoijong and Michal Meidan argue that China’s increasing activities in the Gulf are influenced by its growing demand for energy. Although this factor is undoubtedly true, the two scholars do not investigate what circumstances led to these rising energy demands. China’s growing energy demands are rooted in Deng Xiaoping’s economic reform of 1979.

The resulting urbanization and industrialization strained limited domestic energy resources and increased demand for oil imports. Overlooking these historical trajectories significantly limits our understanding of China’s role in the region.

Moreover, most studies of Sino-GCC relations are state-centric in that they regard states as the main actors involved. Due to the innate nature of the Chinese state, the Party does play a notable role; yet today’s China has become increasingly decentralized. Fragmented state actors, quasi-market actors, and others now play a significant role in Sino-GCC dynamics.

As Su Xiaobo argues, China’s foreign policy of recent years, often regarded as a “grand strategy”, now involves multilevel, inter-agency struggles, and local imperatives. Jie Yu also contends that while the assumption that China is a static and authoritarian state, where policy is simply dictated from the top, may have been valid under Mao Zedong, it is certainly no longer the case in contemporary China.

Most studies on Sino-GCC relations, however, have been unable to move beyond “the state”. For example, Muhammad Olimat has listed in his book some examples of various infrastructure projects that “China” pursues in the Gulf, yet he does not fully investigate the specific actors behind those projects. The majority of studies usually tell stories about how “China” is pursuing energy agreements with the Gulf countries. 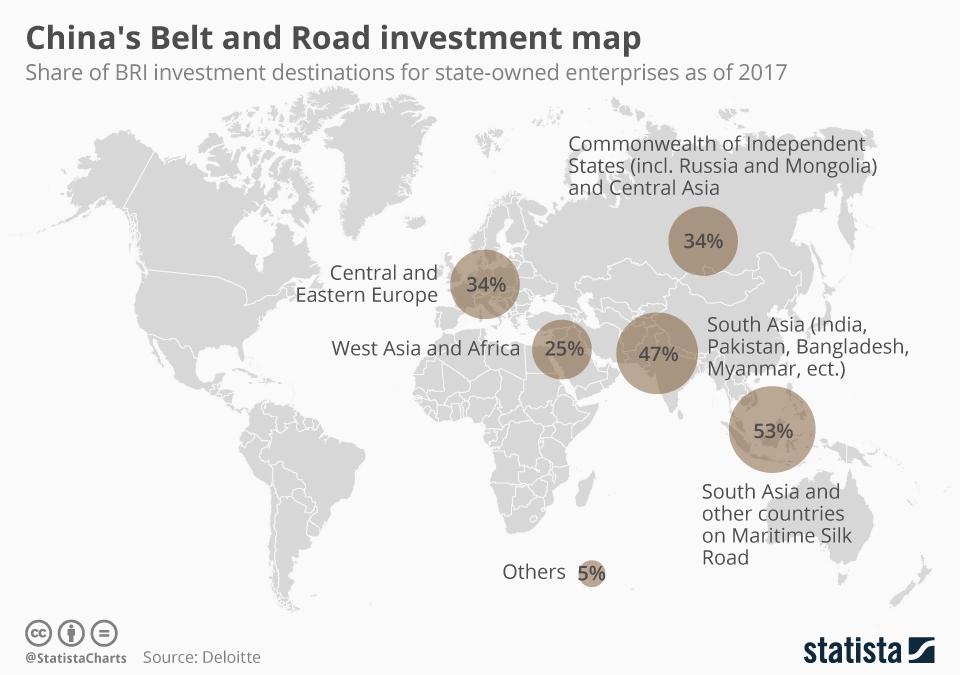 For example, recently, the Abu Dhabi National Oil Company (ADNOC) signed a two offshore concession agreements worth $1.2 billion with the CNPC. Under a 40-year deal, CNPC was granted a 10 percent interest in the Umm Shaif and Nasr concession and a 10 percent interest in the Lower Zakum concession. PetroChina paid a participation fee of almost $2 billion for both the Umm Shaif and Nasr and Lower Zakum concessions.

Not less important is in the case of the widening use of Yuan in the region, where it is often perceived that China or the Gulf countries as the main actors behind this growing phenomenon. In reality, nonetheless, such developments have also been done by specific actors.

For instance, Aramco has recently entered as one of the actors in the development through its planned IPO, which is believed to not only lock in Saudi crude oil and petroleum product exports to China but it will also provide some additional political and strategic clout in the heart of the Middle East. Neglecting these specific actors would only provide partial story.

This lack of attention prevails also in analyses of the implementation of the Belt and Road Initiative (BRI). Meanwhile, Jie astutely contends that the realization of the initiative is a function of various actors involving state and private companies, banks, and other financial institutions whose interests are not necessarily consistent with those of the CCP.

Analyses of Sino-Gulf relations need to go beyond examining “China” to include the many actors involved, their interests, and how these interests are made in line with those of the CCP.

This state-centrism leads to another problem: the ‘black-boxing’ of China, which separates China-GCC relations from a domestic context. Existing studies stress mostly the geo-political and geo-economic interests of China in the Gulf without taking into account how domestic policies dictate China’s foreign policy.

This omission is problematic because, as Dr. Henelito Sevilla argues, understanding China from an external perspective gives us only a partial view. It is logical that the way to maximize policy responses to China’s economic and geostrategic move toward the Gulf is to return to basics. It is often overlooked that the ultimate goal of the CCP is to stay in power and to keep absolute control. This requires stability and in turn necessitates that the Party-state maintain its “social contract” with the Chinese people.

Against the background of China’s economic slowdown and rebalancing, China is looking for a new engine of economic growth. Specifically, it is searching for a way to reduce the regional economic development imbalance, one of the negative implications of Deng’s reform.

China’s growing role in the Gulf resolves these domestic issues by not only securing energy resources, but also expanding trade and investments. The separation between “inside” and “outside” disables the comprehensive analyses of China-GCC relations, including how the interests to expand in the region originate and the actors involved come about. An understanding of the complex decision-making process within the CCP’s administration is essential.

The issue usually also disables us to look at the various aspects surrounding the Sino-Gulf affairs that could have implications on the latter. Most of the studies only consider China’s relations with the Gulf as phenomena that are inseparable from the surrounded developments. Meanwhile, it is important to look how developments within China and within the Gulf and wider Middle East impact the relationship between the two, such as for example the case of Xinjiang or other conflicts in the Middle East such as the Syrian Crisis.

Some analysis have, for instance, examined the impact of the Joint Comprehensive Plan of Action (JCPOA), the deal reached between Iran and other world powers to limit Tehran’s nuclear program on Sino-GCC relations and argue that it may elevate China’s position in the Gulf.

However, the separation between “inside” and “outside” pose many questions about how exactly the CCP perceives the deal and how it bridges its interests in the Gulf and its relationship with the U.S. It would be useful if an approach could be developed which would capture the impacts of various developments within China and the wider Middle East, as well as which could take into account the internal debates within China’s policy making on these developments.

Finally, most literature on China-Gulf relations suffers from a deterministic viewpoint. China is frequently portrayed as capable of doing anything it wishes without any obligation to convince those who would be impacted. China’s emerging role in the region is often seen as an effortless process that consolidates a new hegemonic rule and easily realizes its own economic interests.

It is too idealistic, in a world of intense conflict, to ignore China’s political and ideological efforts to convince the regional countries involved. The majority of studies, however, imply that this is the case. Some analyses have demonstrated how the Gulf countries have responded favorably to the growing role of China in the region. Nonetheless, they do not examine China’s efforts to make itself attractive.

The growing number of studies examining China’s soft-power resources in the Gulf fail to make clear the roles of those efforts in its political and economic expansion. In other words, the growing “soft-power” aspect of China’s growing role in the Gulf is often considered separate from China’s economic activities in the region. Meanwhile, the CCP has made efforts to equate the “China Dream” with the “Arab Dream” through elite-level state exchanges or the promotion of the BRI through the mainstream media.

These three points should serve as a wake-up call for analysts and observers interested in China-Gulf relations to deploy or develop a powerful analytical approach that will provide a comprehensive analysis of the subject. Theoretical approaches such as the neo-Gramscian perspective developed by Robert Cox, which puts a specific emphasis on history, the role of social forces, and consent-building struggles, could be considered as one option.

The applicability of this approach has been showcased by analyses which use it to examine, for example, China’s relations with the U.S. and its growing power in the world. Other alternatives could be the critical realism approach proposed by Roy Bashkar, which also pays attention to history and ideational efforts, or the recent analysis of Chinese State Transformation by Shahar Hameiri and Lee Jones. It suggests that China should no longer be seen as a unitary state, but rather one that is growingly disintegrated, decentralized, and globalized.

A variety of actors within China continue to pursue different and contradictory agendas, with outcomes reflecting disorganization and conflict, rather than confirming a grand strategy. If current approaches remain to be used, it will remain difficult to formulate a comprehensive and compelling analysis of China’s activities and their implications to the Gulf region.