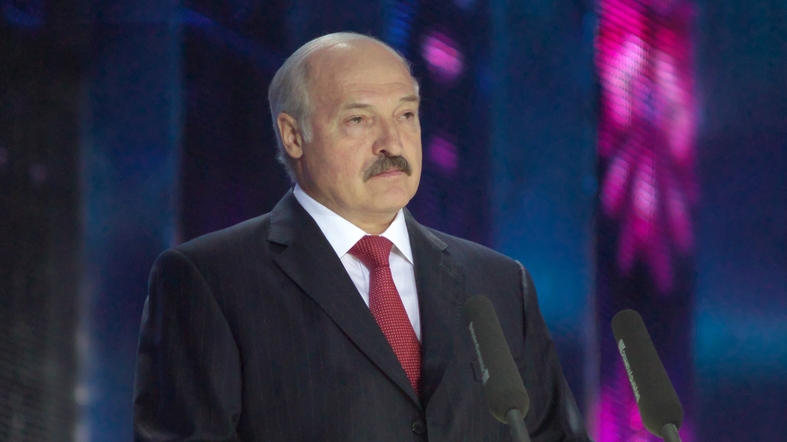 What Gulf states can learn from the Belarus crisis

By Adam Dempsey and David Erkomaishvili

It might come as a surprise that the Gulf states have more than a passing interest in events in Belarus. Beyond growing economic ties, the political drama provides valuable lessons for the region’s monarchies and their efforts to maintain standards of living for their citizens without compromising power and influence. The Belarus crisis also offers useful pointers for Gulf states in their dealings with Russia.

Over the past three decades, Belarusian domestic politics has been defined by its predictability. Despite the emergence of opposition candidates around election time, President Alexander Lukashenko’s grip on power was such that there was only one outcome. Yet, as with so much of 2020, life as Belarusians know it has been turned on its head.

While the veracity of past elections has been called into question, a mixture of political complacency and COVID-19-related turmoil has breathed new life into Belarus’ opposition movement. Beyond disputing Lukashenko’s winning margin in July’s poll, hundreds of thousands of ordinary Belarusians have taken to the streets calling for change. Mostly born after the collapse of the Soviet Union, this generation does not regard the stability offered by Lukashenko as an asset. As they see it, state control of Belarus’ economy and society is incompatible with their aspirations.

Lukashenko’s response to what has effectively become a matter of life and death for his regime has fluctuated between incoherency and heavy-handedness. The president’s disappearance from the public gaze at the start of the unrest, coupled with the disproportionate use of force against demonstrators, suggests that he did not seriously consider the possibility of mass protests. Continued police brutality and opposition candidate Svetlana Tikhanovskaya’s flight into exile make it difficult to use “external forces” as justification for the crackdown.

Much like Belarus, the Gulf states have relatively young populations, particularly Saudi Arabia, where over two-thirds of citizens are under the age of 35. Many have benefited from access to higher education systems that have grown exponentially since the early 2000s, both in terms of state and private universities. With this in mind, the region’s political elites can use the lack of meaningful opportunities for so many Belarusians to underscore the importance of their development plans and national visions.

Designed to meet the specific needs of Gulf countries, these strategies nevertheless have several objectives in common. In an effort to counter faltering prices and technological obsolescence, the region is attempting to diversify its dependence on oil and gas revenues by facilitating high-knowledge-content jobs in different industrial sectors. Doing so also requires the greater incorporation of indigenous populations into national workforces at the expense of expatriate workers.

In this respect, Kuwait’s plans to drastically reduce its migrant population offers a glimpse into the future shape of the Gulf’s workplaces. While never explicitly mentioned in strategic documents, the Gulf states anticipate that encouraging their own populations’ development will offset opportunities for the type of political dissent that’s currently gripping Belarus and which rocked Bahrain almost a decade ago.

The Gulf’s rulers have no appetite for an Arab Spring 2.0, a scenario that some warn is a distinct possibility thanks to COVID-19. Accordingly, local development opportunities will continue to be encouraged during these chastened times. When it comes to wider political participation, Kuwait will remain something of an outlier for the foreseeable future.

The Gulf states’ responses to COVID-19 also merit consideration. Once dismissed by Lukashenko as an ailment that can be treated with saunas and vodka, Belarus was among the last in Europe to enact lockdown measures. While it remains to be seen what impact ongoing protests will have on infection rates, a spike in cases could be used by Gulf states to justify their no-nonsense approaches to tackling the virus. Qatar, for example, was one of the first to completely lock down all but the most essential public services. The country’s return to normal rests on the public’s strict compliance with a four-phase reopening plan.

International reaction to the political crisis in Belarus has so far been muted, with presidents Vladimir Putin of Russia and China’s Xi Jinping leading the congratulations for Lukashenko’s re-election. For its part, the European Union’s response has been cautiously led by the likes of Lithuania and Poland. Their approach reflects two important points. First, the protests are highly internalized and not about pivoting Belarus further East or West. Second, direct support for the opposition risks a Ukraine-type scenario whereby Moscow directly intervenes to safeguard its interests.

Point two is of particular relevance to the Gulf states, whose economic ties with one of Russia’s closest allies continue to grow. Cooperation between Belarus and the United Arab Emirates is a case in point. According to government statistics, the volume of trade between both countries amounted to $121 million in 2019, up from $89.6 million the previous year. Minsk has also made overtures to Oman regarding joint manufacturing opportunities and the re-export of products to neighboring markets.

Saudi Arabia undoubtedly has the most to lose from antagonizing Russia in its own backyard. Last April, the kingdom sold 80,000 tons of crude oil to Belarus. This purchase, first of its kind, not only reflects Minsk’s determination to lessen its reliance on Russian supplies, but also happened against the backdrop of faltering demand and an oil price war between Moscow and Riyadh. Since then, both sides have brokered a fragile peace designed in part to ensure that OPEC+ members respect industry-saving production cuts.

Accordingly, the “softly, softly” approach currently being employed by the EU’s eastern flank provides a blueprint for how the Gulf states should continue to manage their responses to the Belarus crisis. Not only does it offer the best chance of maintaining economic relations irrespective of the final outcome, but it also keeps regional oil supplies in still uncharted waters at a time of great uncertainty in global markets. Antagonizing Russia with even the most tacit support for Belarus is, put simply, too risky a proposition.

Belarus’ unfolding crisis is ultimately about replacing an unmovable political leader and system that have dominated the country for decades. In a region defined by its own version of long-term political stability, a similar scenario among Gulf states is unpalatable. Fortunately, the region still has resources at its disposal to prevent this from happening and protect much-needed economic victories in new markets. While always important, the Gulf’s indigenous populations are increasingly being reconfigured as the most essential features of the region’s future prosperity and stability.

Adam Dempsey and David Erkomaishvili
Adam Dempsey is an advisor at Gulf State Analytics. Based in Switzerland, he was previously head of editorial content for ETH Zurich’s International Relations and Security Network (ISN). David Erkomaishvili is a lecturer at Metropolitan University Prague and Executive Editor at Central European Journal of International and Security Studies.