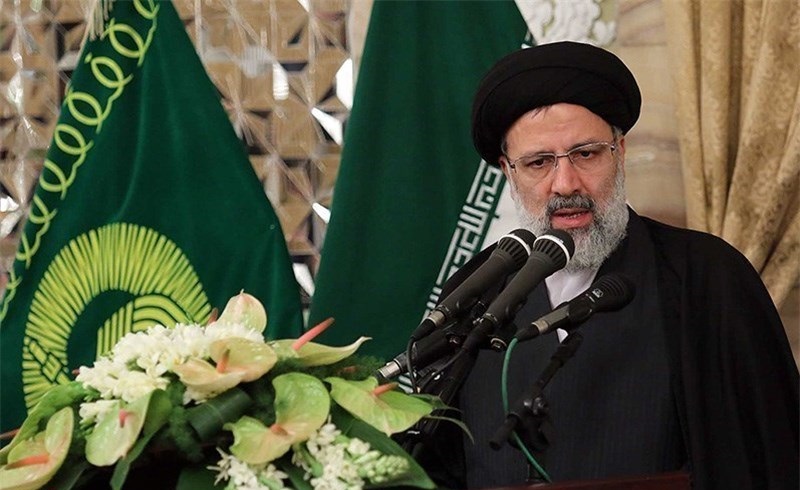 What if Raisi inherits the Iranian state?

As the Supreme Leader of Iran, Sayyid Ali Hossein Khamenei is the highest religious and political authority in the Islamic Republic. Khamenei has constructed a regime intolerant of opposition, but recent protests are beginning to undermine this edifice.

Iran is in the midst of a transformation that may see the old order disappear if action is not taken to address fundamental socio-economic problems. Thus, it is important to look at the hypothetical next Supreme Leader if the revolution is to continue.

The elderly Supreme Leader is considering his successor, who may well be Sayyid Ebrahim Raisol-Sadati Ebrahim Raisi. In 2016 Khamenei appointed Raisi head of the charitable foundation Astan Quds Razavi that manages the Imam Reza shrine in the holy city of Mashhad.

Raisi’s foundation maintains tight control over the economy of three southern provinces of Iran, where it owns companies in the lucrative energy and agriculture industries. Its real-estate portfolio is valued at $20 billion.

Raisi’s police background is as important as his status as an Iranian oligarch. Raisi spent his career in the Islamic Republic’s enforcement arm, serving as a prosecutor general. He served on the “Death Commission” that oversaw the massacre of thousands of political prisoners.

Backed by Khamenei, Raisi ran for President of Iran in the most recent election and lost; however, the Islamic Revolutionary Guard Corps paid Raisi an official visit, ultimately elevating his political status despite his having lost the election. The IRGC is among the fundamental voices in deciding Iran’s next Supreme Leader and its crucial support for Raisi would boost his favorability among Iranians.

As the next Supreme Leader, Raisi would have to contend with a troubling environment of growing internal unrest. Local protests began in late December 2017 as Iranians expressed their dissatisfaction over a 40 percent increase in the cost of basic goods. Over the next few months, these small-town demonstrations grew into a state-wide rebellion.

Protesting has become commonplace for the residents of Tehran, who chant slurs directed at government buildings and other officialdom.

Despite the lifting of sanctions under the international nuclear deal, which Iran’s citizens supported with huge celebrations after the deal was struck in 2015, working-class Iranians are still frustrated with continued low wages and high unemployment. For them, Iran’s setbacks in foreign affairs have translated into a domestic nightmare.

In Iran, the power vertical is under stress. Khamenei and other clerics are consolidating their power to maintain a strong government response in the face of increasingly agitated protestors.

Limited social and political freedom prompts demonstrators to chant slogans critical of the Islamic Republic and Palestine, not, as before, against America, Israel, or Saudi Arabia. Authorities repress citizens by restricting access to social media sites that allow demonstrators to organize.

While Iran’s urban citizens make the headlines with their political and ideological rhetoric, Iran’s rural voters and political activists spark conversations over practical issues, such as putting food on the table. The plummeting Iranian rial will especially impact these rural areas, further fomenting discontent.

In an unfortunate policy blunder, Khamenei is blaming current protests and anti-government vitriol on the West ‒ while simultaneously hoping that European nations will be able to salvage the nuclear deal (JCPOA). Domestic supporters favored the idea that Iran could come to an agreement with Western states, ultimately reducing tension between the two global regions.

Yet the Islamic Republic is facing serious and damaging sanctions from the Trump administration as a by-product of the now failed nuclear deal, which lifted sanctions on oil, trade, and the banking sector.

The US will reinstate the previous level of sanctions, straining Iran’s oil export capacity, and reversing the tide on Iran’s international economic connections up to and including penalizing American allies for conducting business with Iran.

That approach is blunt and may be extremely effective as Iran is now off balance. Deteriorating US-Iran relations will harm Iranian citizens, as Israel, backed by the United States, and Iran strike one another in retaliation for military action in Syria.

Within hours after Trump walked away from the deal, Iran launched 20 missiles toward the Golan Heights, where Israeli forces were stationed. More kinetic activity is expected.

Overall, as the next Supreme Leader, Raisi would face a plethora of international problems. The United States heads a list of foreign actors who challenge Iran’s domestic and international stance, and seek, with Israel and some Arab allies, to push Iran back within its borders. No doubt the Islamic Republic of Iran is in the midst of its own transformation.

The old order may disappear. Khamenei has likely chosen a worthy successor in Raisi if that is how the hypothetical works out based on current events. If appointed, Raisi is going to have difficulty navigating the rough seas ahead. If the country does not transform itself, Raisi could be the last Supreme Leader.