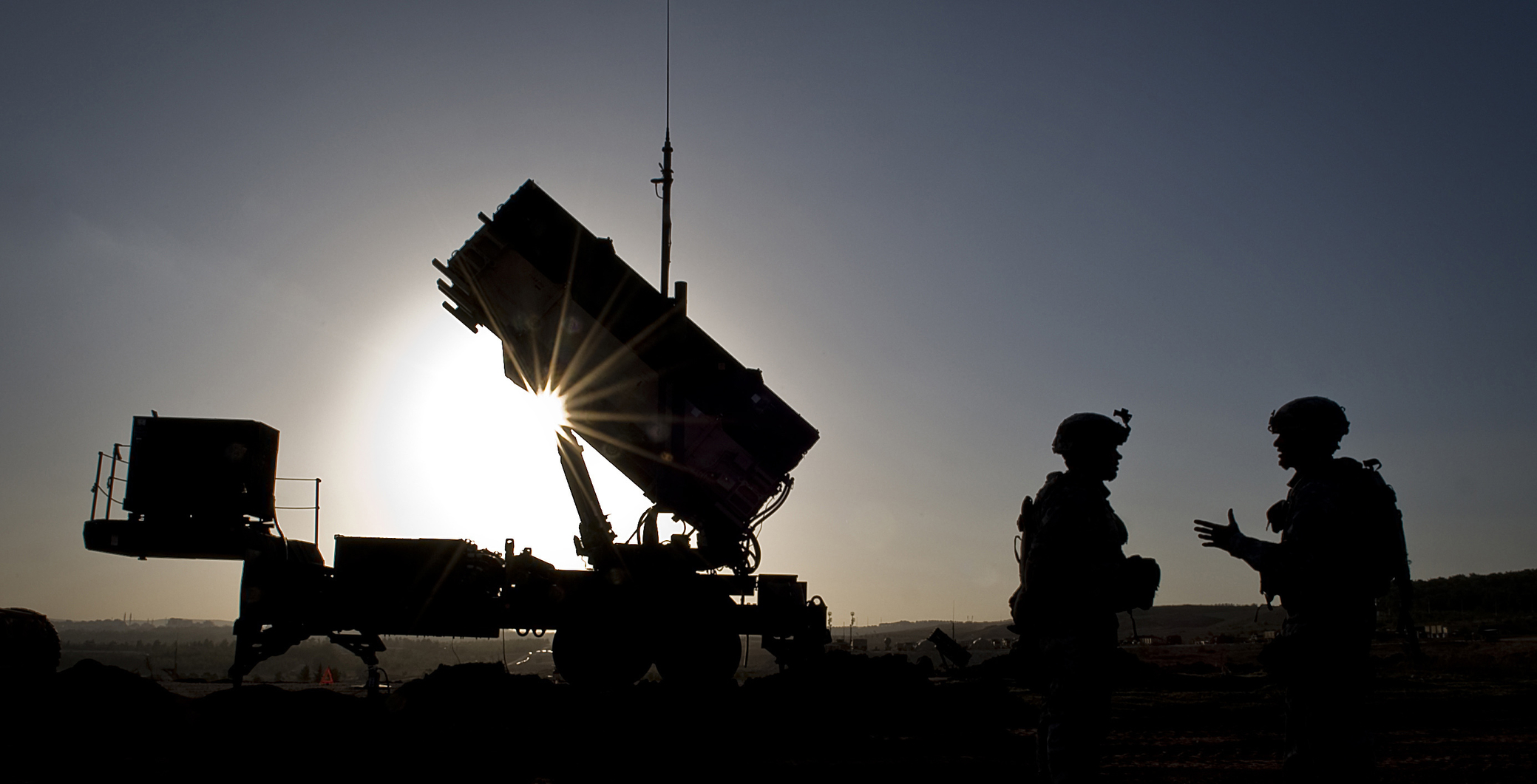 Why did the US pull two Patriot missile batteries out of Saudi Arabia?

The US decision to withdraw two Patriot missile battery systems from Saudi Arabia, along with the 300 soldiers that operated them, has led to speculation about the motive of the move. Some analysts linked it to the kingdom’s oil policy, arguing that the decision is intended to send a message to Riyadh that its role in the recent dispute over oil prices has consequences. This view, however, ignores the fact that Saudi Arabia and Russia reached an agreement to cut oil production from May.

Washington understands that saving its oil shale companies from bankruptcy does not depend only on cutting Saudi Aramco’s oil production, but on reviving the world economy that has been hit hard by the COVID-19 pandemic. The New York Times reports that 20.5 million Americans lost their jobs in the month of April alone, which amounts to 14.7% of the US workforce. This is the worst economic crisis the US has experienced since the Wall Street Crash of 1929.

There are six reasons behind the US decision to withdraw from Saudi Arabia. First, the US Army has a limited number of Patriot systems, and they must be routinely returned home for upgrades and maintenance.

Second, the US has recently started to bolster its presence in East Asia to contain Chinese influence in that region, which is expected to increase due to America’s economic troubles. The Patriots will be upgraded and dispatched to East Asia to send a clear message to Beijing about the US not allowing China to take advantage of the economic crisis. Recently, Defense Secretary Mark Esper has repeatedly condemned China’s activities in the South China Sea.

Third, the US believes that while Iran poses a real danger to its interests in the Gulf region, the sources of these risks are coming from Tehran’s proxies in Iraq. Instead, for the US, Iran is busy trying to contain the spread of the COVID-19 disease and understands Washington’s determination to defend its allies. A case in point is the US airstrike in January that killed Iranian General Qassem Soleimani on Iraqi soil. General Kenneth McKenzie, the commander of the US Central Command (CENTCOM), told Congress in March that the assassination of Soleimani had “re-established a rough form of deterrence … at the level of state-on-state attacks.”

In fact, in April, the US ordered its destroyers in the Gulf region to destroy any Iranian boats if they harass US ships. Speaking with CNBC last month, Brian Hook, the US special representative for Iran, said that the US obligation toward the security of its allies in the Gulf region has not changed despite cutting the number of troops stationed there. He added that the US increases and decreases its military presence in the Gulf “according to its evaluation of the threat” posed by external actors.

As the US believes that Iran’s main battlefield is in Iraq, it deployed two Patriot missile batteries in the country. According to The Arab Weekly, US defense and Iraqi military sources confirmed that one of the missiles arrived at the Ain al-Asad base in Iraq at the end of March and that another was on its way to Erbil, the capital of Iraq’s autonomous Kurdish region. Furthermore, the defense official clarified that the US still has two systems at its bases in Kuwait, further confirming that the US has not abandoned its allies in the Gulf.

Fourth, the US has enough of a military presence in the Arabian Peninsula to confront Iran. The US has more than 14 military bases in the Gulf region, which can be used for operations against Iran, if needed. President Trump’s move to veto the Congress decision that limits his powers to wage war against Iran indicates his persistence to keep the Iranians in check.

Further, the US maritime presence in the Gulf has not been affected. The International Alliance for the Protection of the Maritime Navigation and Insurance of the Safety of Seaways — comprising the US, the UK, Australia, Bahrain, the United Arab Emirates, Albania and Saudi Arabia — is still operational. The alliance plays the main role in safeguarding the sea trade routes in the Gulf region. These forces are further supplemented by the US decision to send the Dwight D. Eisenhower and Harry S. Truman aircraft carriers to the Gulf. The carriers are strategically located 200 miles off the coast of Oman as a deterrent against any Iranian hostility.

These carriers are supported by their own strike groups and a B-52 bomber. The US Navy announced on March 20 that the forces demonstrate “combined joint capability and interoperability to plan and conduct multi-task force operations in the U.S. Central Command area of responsibility.” This is an indication of the US promptness of moving to protect the Strait of Hormuz — a narrow shipping route in the Gulf — when needed from any Iranian aggression there.

Fifth, pulling two Patriot battery systems out of Saudi Arabia will not affect its defense against Iranian missiles targeting the kingdom. Several Western countries, including France, Britain and Greece, have sold military equipment to Saudi Arabia. Also, the withdrawn US Patriots were replaced by Saudi Arabia’s Patriot PAC-3 hit-to-kill missile, which is “designed to defeat tactical ballistic missiles, cruise missiles, and aircraft.”

There are 30 Patriot PAC-3 hit-to-kill missiles in Saudi Arabia, and in recent years, the Saudis have managed to shoot down over 300 ballistic missiles and more than 340 drones coming from Yemen’s Houthi rebels, who are backed by Iran. The kingdom has also dealt with 46 auto booby-trap boats and 153 sea mines in the southern of the Red Sea and the Strait of Bab el-Mandeb.

Therefore, coupled with the THAAD anti-ballistic missile defense system, which the US is keeping in Saudi Arabia, the kingdom’s oil fields, maritime shores and its space are well protected. “The THAAD complements the Patriots by providing a defense against ballistic missiles traveling outside Earth’s atmosphere,” the Associated Press reports. In a quest to be self-dependent, Saudi Arabia has agreed with the US to buy nine units of THAAD, two of which will arrive by early 2021.

Sixth, it should be noted that the additional US forces and their equipment, including the Patriot systems, arrived in the kingdom only after the Houthi drones attacks on Saudi Aramco oil installations in September 2019. These forces were deployed temporarily to support the Saudi military by expanding their preparedness to face threats to the country’s southern and eastern regions.

No strain in relations

There is no reason to believe that the withdrawal of the Patriot missile batteries from Saudi Arabia is a sign of strained relations between Riyadh and Washington, nor will it affect the kingdom’s defense capacity. US-Saudi relations are defined by shared needs and interests, a relationship that has endured over the last seven decades. These needs and shared interests are still in place.

As of 2015, Saudi Arabia had between 40 to 60 CSS-2 medium-range ballistic missiles with a maximum range of 2,650 kilometers, along with six legions of Patriot missiles, to defend its territory from foreign aggression. These systems are enough to face threats coming from Iran’s 50 medium-range and 100 short-range missile launchers.

The kingdom’s decision to purchase nine units of the THAAD system lies with its desire to be self-dependent. As the US military has been working to integrate its THAAD battery system with remote-controlled capabilities, it will be interesting to see if Washington’s deliveries to Saudi Arabia will have that same functionality. This would reduce the time needed for Saudi Arabia to load and launch its own missile interceptions when necessary.