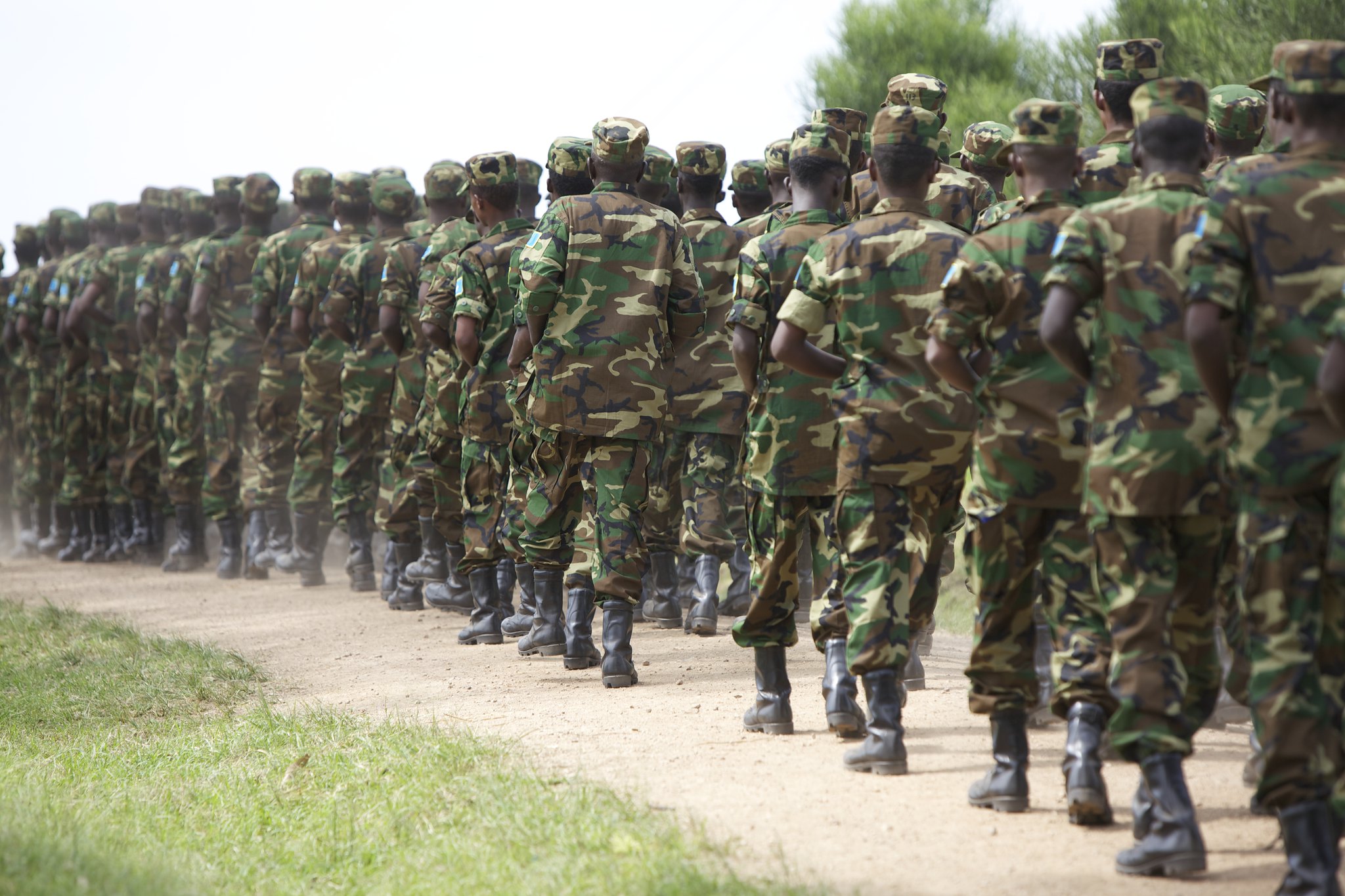 Why the UAE wants Somalia in the Yemen conflict

In late June, the United Arab Emirates (UAE) asked Somalia to enter the conflict in Yemen in return for financial incentives and the reopening of a medical facility. Somalia’s instant rejection partially resulted from the strained Mogadishu-Abu Dhabi relationship. Why did the UAE initially make the offer? The answer has more to do with longer-term strategic calculations than Somalia’s military prowess.

Well documented is the Somali National Army’s (SNA) decline from one of Africa’s most effective fighting forces into corruption and inefficiency. Efforts to breathe new life into the country’s military nevertheless took a turn for the better following the brokering of a National Security Architecture. Signed by the federal government and member states in April 2017, this outlines the size and scope of Somalia’s security forces. The agreement also adds further definition to international efforts to redevelop the SNA’s capabilities.

High-quality training provided by the United States, the African Union (AU) and others has enabled the SNA to score some notable victories over the Islamist militant group al-Shabaab, including the recapture of resource-rich Middle Juba as well as towns and villages that were out of reach for years. However, Somalia’s armed forces are by no means the finished article, with US military personnel continuing to provide intelligence and logistics for special forces operations. A recent Pentagon report also highlights limited progress with Operation Badbaado, a joint SNA-AU mission to retake Somalia’s southern provinces from al-Shabaab.

Concerns also remain over the SNA’s lack of numbers (approximately 20,000 personnel), poor quality hardware and continued susceptibility to corruption. Furthermore, despite the emergence of the National Security Architecture, forces loyal to Mogadishu are not necessarily under the same flag. Back in February, SNA troops clashed with members of the Ahlu Sunnah Wal Jamaa, a moderate Sufi militia that has also taken the fight to al-Shabaab. The skirmish prompted warnings that internal rivalries are slowing Somalia’s efforts to defeat the insurgency.

It would be naïve to assume that the UAE is oblivious to the current state of the SNA and the narrow capabilities it would bring to Yemen’s conflict. This also extends to providing humanitarian relief for Somali migrants caught in the crosshairs of the warring factions and allegedly experiencing mistreatment at the hands of their “hosts.” The UAE knows this because, prior to the Gulf crisis that erupted in mid-2017, Abu Dhabi was also a major provider of military support to Somalia.

Back in 2014, the Emirates embarked on its own program to train and mentor Somali troops. This arrangement started to unravel following Mogadishu’s refusal to take sides in the ongoing blockade of Qatar. The final nail came April 2018, after Somali security forces seized $9.6 million from a plane recently landed from the UAE. Despite Abu Dhabi’s protestations that the money was to pay the troops it was training, Mogadishu suspected the cash was to be used for more insidious purposes.

With an irksome SNA now effectively someone else’s problem, the UAE recalibrated its support for Somalia’s semi-autonomous regions. This included military and police training and the construction of an airbase at the Somaliland port of Berbera. Situated just 300 kilometers away from Yemen, the city is a strategically important location for a country heavily involved in the conflict, not to mention determined to cement its influence around the Red Sea.

However, the UAE’s relations with Somalia’s autonomous states are by no means perfect. On March 4, Abu Dhabi announced the cancellation of its construction of military bases in Somaliland. While presented as its own decision, it is speculated that Somaliland President Muse Bihi Abdi actually called time on the arrangement. Some analysts have mooted behind-the-scenes tensions over the UAE’s regional presence as a possible reason. Elsewhere, Puntland’s policymakers have expressed dissatisfaction at DP World’s lack of progress developing the Port of Bosaso. Arbitration between the federal government and a freight company is scheduled for this month.

For its part, Somalia’s President Mohamed Abdullahi Farmajo offset poor relations with the UAE by drawing closer to Qatar and Turkey. Over the past decade, Doha has reportedly invested $4 billion in the country and recently struck a deal to build a seaport at Hobyo on the Bab-el-Mandeb. While Turkey has also poured billions into Somalia, Ankara’s most significant investment comes in the shape of Camp TURKSOM, Turkey’s biggest overseas military base. Costing approximately $50 million, this Turkish facility assists in the training of SNA recruits. It also underscores Ankara’s growing influence across the Horn of Africa region.

Just as Abu Dhabi knows all about the SNA’s limitations, it also knew its request for Mogadishu to become involved in the Yemen conflict would be rebuffed. Beyond Somalia’s brotherly affinity with its neighbors across the Gulf of Aden, the aforementioned investments demonstrate the depth of its relations with two of the UAE’s biggest strategic rivals. However, this could change once the country is in a position to hold parliamentary and presidential elections.

Originally scheduled to take place on November 27, 2020, and February 8, 2021, both elections have fallen victim to COVID-19, flooding, internal security, constitutional challenges and technical issues. Once these problems resolve satisfactorily, Farmajo and his Tayo Party’s main rival will most likely be the Forum for National Parties (FNP). Formed in November 2019, the alliance unites six political parties opposed to the “blatant violation of the constitution and other laws by the current government.”

Among the politicians on the FNP ticket are two former presidents, Sharif Sheikh Ahmed and Hassan Sheikh Mohamud. Both have difficult relations with Qatar. After being elected head of Somalia’s transitional federal government in 2009, Doha urged Sharif Sheikh to negotiate with all warring factions, only for Sharif Sheikh to eventually accuse Qatar of supporting al-Shabaab. Despite funding Hassan Sheikh’s 2012 presidential bid, Doha eventually lost patience with his government, accusing it of being as ineffective as its predecessors.

Accordingly, the UAE and other blockading states seemingly have a cohesive Somali opposition movement to throw its weight behind come election time. Electoral success could result in the redrawing of Mogadishu’s relations with the Emirates at the expense of Somalia’s partnerships with Turkey and Qatar. While the FNP will fight both elections on an anti-corruption and pro-constitution platform, the potential to spin the UAE’s request to join the Yemen conflict is unmissable. By failing to support its neighbor, Somalia has deprived itself of much-needed investment and access to health care just when it needs it most.

As the Emirates Policy Center sees it, the Somali opposition’s failure to align behind one candidate will keep Famajo in power. To overcome this, the FNP might just be the political movement to offer the incumbent president a serious run for his money. If so, then the UAE might have already signaled what it wants in return for its moral and material support: at least a token SNA presence in the Yemen conflict and the normalization of ties with Abu Dhabi. Achieving both will strengthen the UAE’s influence in a region of critical strategic importance to Gulf powerhouses.