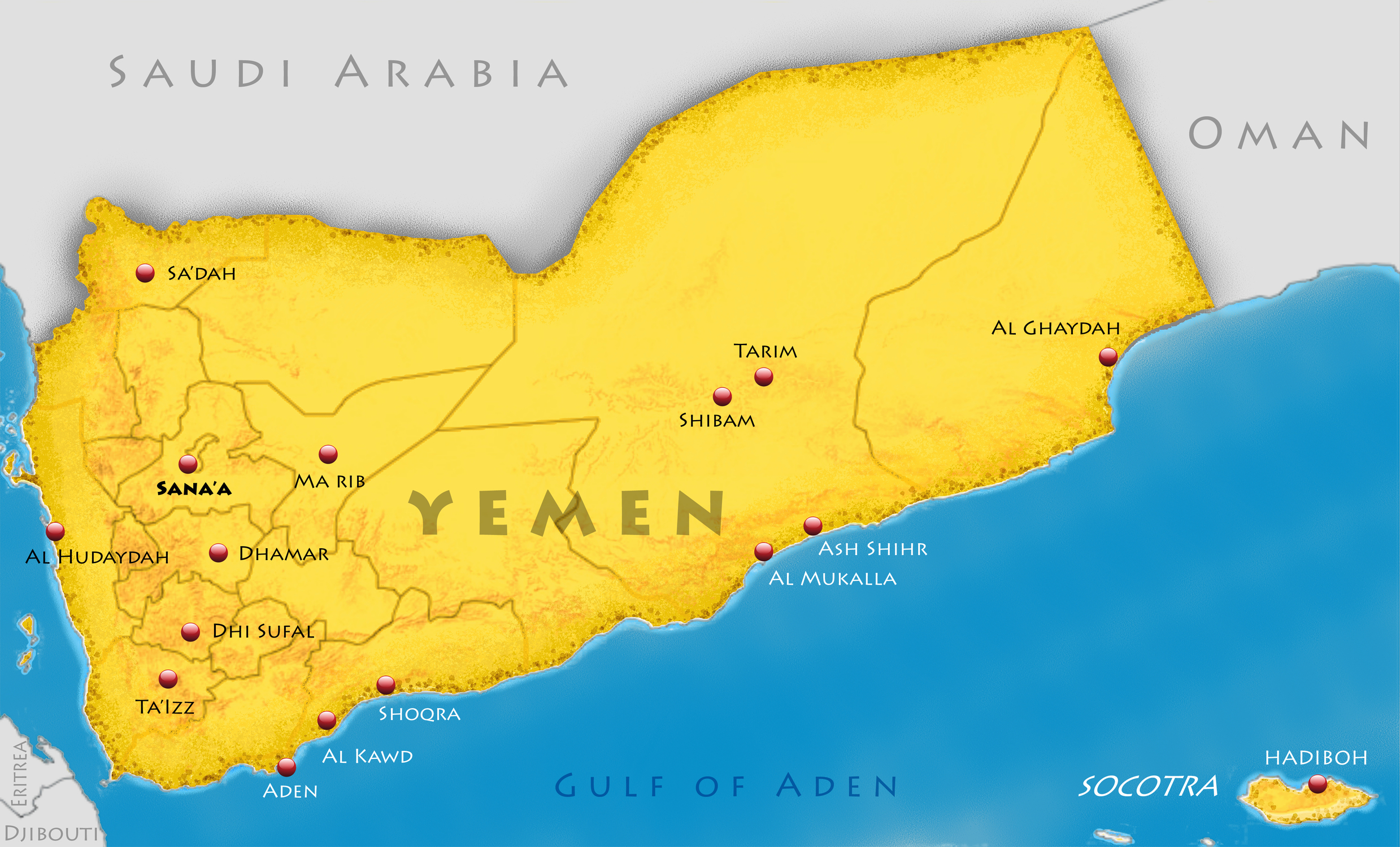 In Southern Yemen, decades-old grievances remain unaddressed. Many Southern Yemenis see themselves as the victims of exploitation at the hands of the leadership in the North. Such resentment increased following the Houthi takeover of Sana‘a in September 2014 and Ansurallah’s military incursions into the South. Failure of Yemen’s internationally-recognized government to provide peace, any semblance of law and order, or basic government services in the country’s southern governorates have contributed to growing demands for a restoration of South Yemen as an independent state, which existed from 1967 to 1990.

Consequently, since its establishment in April 2017 (25 months after the Saudi-led coalition entered Yemen), the Southern Transition Council (STC) has gained greater influence, both in terms of hard- and soft-power. It appears that the STC has enough power to significantly influence the outcome of Yemen’s Civil War to the degree whereby ignoring the group’s demands would make peace in the war-torn country even more elusive.

Having impressively fought both the Houthis and Salafist-jihadist forces—al-Qaeda in the Arabian Peninsula and Islamic State, the STC has gained stronger support from the United Arab Emirates (UAE), whose officials see the idea of a de facto independent state in southern Yemen after the dust settles in the war-torn country as serving Abu Dhabi’s geopolitical, economic, and security interests. Within the framework of combating groups that both the UAE and the US governments recognize as terrorist organizations, Washington has backed the UAE’s counter-terrorism agenda in southern Yemen, including Abu Dhabi’s support for groups operating with the STC umbrella.

Ultimately, establishing a pro-Emirati political landscape in southern Yemen is about Abu Dhabi’s strategic interests vis-à-vis Shabwa’s oil fields, the oil terminal in al-Shihr, Yemen’s sole gas liquification plant which is located in Balfaf, in addition to southern Yemen’s seaports. By establishing southern Yemen as a de facto client state run by Abu Dhabi and Dubai, the Emirati leadership sees the land as serving as a strategically-prized area from where the UAE can further extend its geo-economic clout into Africa.

The STC has received substantial criticism from voices who question Abu Dhabi’s motives, arguing that the UAE operates in southern Yemen exclusively to benefit Abu Dhabi’s unique interests, not those of local Yemenis in their country’s southern governorates. The challenge for Southern Yemenis will be to capitalize on the benefits of partnering with the Emirates without allowing the UAE to establish a potentially independent South Yemen as its client state.

Added to the equation is the UAE’s interest in empowering Yemeni forces that staunchly oppose al-Islah and share Abu Dhabi’s interests in establishing Yemen as a Muslim Brotherhood-free country in the future. While such positions have secured the STC an extremely important role in Abu Dhabi’s Yemen foreign policy, this alignment with the UAE has resulted in local Islamists such as al-Islah, factions loyal to President Abdrabbuh Mansur Hadi, and Salafist-Jihadist terror forces loathing the STC. Such actors have engaged in violent clashes with the southern separatist group.

This month’s visit that Aidarus al-Zoubaidi, the STC’s head, paid to London, where he addressed British parliamentarians, illustrated how the southern separatists are looking beyond the Arabian Peninsula for partners and seeking to use their leverage to pressure international, regional, and domestic actors into making concessions. That Zoubaidi went to Russia shortly after his United Kingdom visited underscored the STC’s interests in playing eastern and western powers off each other in a classic Cold War style. Zoubaidi has emphasized that without the UN addressing the STC’s grievances, the southern separatist force will take matters into its own hands in order to defend their territory.

Yet the UN-led process has not included the STC, which Hadi’s government would consider unacceptable given its aim to maintain north-south unity. Nonetheless, the STC is telling outside power brokers that if the group’s demands are ignored, no UN-sponsored peace plan has a chance at success. Realistically, the STC is powerful enough on the ground to play a spoiler role should it find that any peace settlement fails to address Southern Yemenis’ demands.

The regional geopolitical ramifications of the STC’s assertion of power are complicated. That Hadi’s government and the STC are both allied and working with the Arab coalition has been contradictory. Further to that point, this dynamic of conflicting interests within the coalition has created a source of contest between the two dominant powers in the Arab bloc fighting against the Houthis: Abu Dhabi and Riyadh. While the Saudis have been fighting in defense of Hadi’s legitimacy, Hadi’s government is on unfriendly terms with Crown Prince Mohammed bin Zayed, the UAE’s de facto ruler, whom Hadi has accused of acting like an occupier in Yemen.

Moving forward, the question of Southern Yemenis’ separatist ambitions will likely further divide Arab Gulf monarchies, with Oman also objecting to the division of the post-1990 Yemeni nation-state. Against the backdrop of the UAE’s support for southern separatists and the militarization of southern Yemen alarming the Sultanate’s leadership, Saudi Arabia is seeking to check Muscat’s influence in Yemeni land that once belonged to the People’s Democratic Republic of Yemen.

To put it mildly, Saudi Arabia’s conduct in al-Mahra unsettles Omani officials. As Yemenis of al-Mahra are deeply linked by family, ethnicity, tribe, language, religion, and culture to Omani Sunnis across the border in Dhofar, the planning of Saudi-sponsored Islamic projects, including a religious center in Qashan raise the possibility of local population in al-Mahra embracing more radical Salafist thinking. This development does not settle well with Oman, especially at a time in which officials in Muscat are preparing for sources of instability in the south that could fuel greater problems in the post-Qaboos period.

Doubtless, at a time in which Gulf Cooperation Council member-states are increasingly divided over a host of regional security issues from the blockade of Qatar to the Syrian civil war and crisis in Yemen, the future of al-Mahra and the rest of Southern Yemen will continue to fuel friction between Abu Dhabi, Riyadh, and Muscat.

The prospects of a new independent state emerging in the South will give a host of local, regional, and foreign actors high stakes in fending off risks that such a development would pose while others—mainly the STC and their backers in the Emirates—seek to take advantage of new realities in which the breakup of the unified Yemen born in 1990 may serve to shift geopolitical fault lines even further in the chaotic Middle East.

Unquestionably, with most of Yemen’s oil wealth located in southern territories, the restoration of an independent South Yemen would naturally be at the expense of the northerners’ access to the nation’s hydrocarbon resource wealth. That said, this factor is driving more in the South to favor independence from the north, viewing such a break from the rest of the country as a valuable opportunity to achieve greater human development in the post-conflict period by using the oil wealth to make major investments without having the oil revenue allocated throughout the entire country, including to communities seen as hostile to the southerners’ basic interests.

As a failed state marred by four-and-a-half years of civil war between the Saudi- and Western-backed Hadi government and Tehran-sponsored Houthi rebels, the future of Yemen’s territorial integrity is in question. The question of southern independence which threatens to reverse the unification of 1990 cannot be ignored by those seeking to resolve this conflict. The simmering issues that have driven many in southern Yemenis, mainly backed by Abu Dhabi, to assert their influence and play their cards to advance the agenda or restoring South Yemen remain unresolved, suggesting that southern separatism will continue to serve as one of the civil war’s major undercurrents.