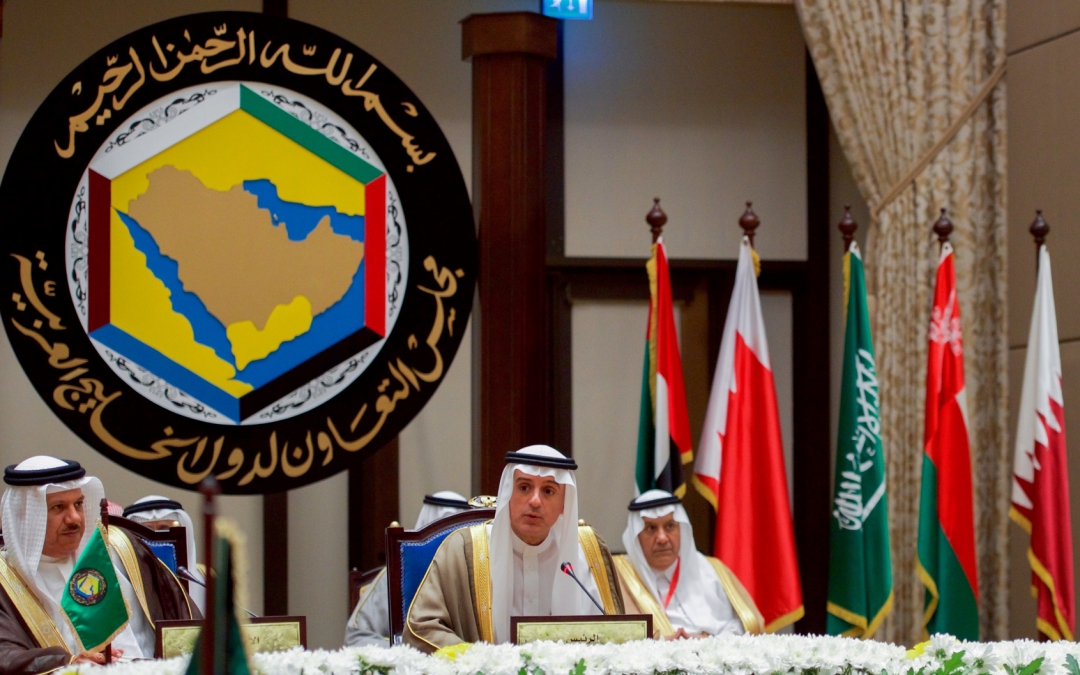 In 2019, Yemen’s relationship with the GCC has come to a crossroads. On the one hand, Bahrain, Saudi Arabia, and the United Arab Emirates (UAE) have supported Yemen in its battle with the Houthis for four years, bringing the four countries closer than ever. On the other, the rest of the sub-regional institution’s member-states—Kuwait, Oman, and Qatar—are still pursuing their own foreign policies in Yemen, and the GCC has grown more divided than ever before.

“Geopolitically and demographically, Yemen is of strategic importance to the security of the Gulf states,” said Abdulsalam Mohammad, chairman of the Abaad Studies and Research Center. “However, they have not attended to economic development in Yemen, nor have they attempted to integrate Yemen into the GCC. Only with the 2015 international crisis did Yemenis feel the embrace of the Gulf, yet the UAE has pursued its own interests at the expense of Yemen’s stability. Some Yemenis still believe that Saudi Arabia could support Yemeni efforts to join the GCC at the end of the war.”

Though Saudi Arabia remains the highest-profile supporter of Yemen’s internationally recognized government, policymakers in Riyadh have had to compete with other GCC member states, such as Qatar and the UAE. Qatari officials are building their relationship with the Yemeni Congregation for Reform (Islah), and Emirati generals have managed to pull much of Yemen into their sphere of influence by backing a constellation of militias.

“Saudi Arabia used to be Yemen’s largest benefactor,” said Ammar al-Ashwal, a Beirut-based Yemeni analyst and author. “Today-—after four years of war—the Saudi role in Yemen has declined, replaced by the influence of the UAE in the south and southwest. Qatar, meanwhile, is achieving its policy in Yemen through its allies in al-Islah, and Oman has been active in the eastern regions. For its part, Bahrain just follows Saudi policy. Kuwait is the only Gulf state not involved in Yemen.”

In addition to the Gulf states’ contradictory objectives in Yemen, the clearest obstacle to Yemen’s accession to the GCC has come from Saudi Arabia and the UAE’s hostility toward Qatar. An Emirati- and Saudi-imposed boycott of Qatar launched in mid-2017 led officials in Doha to order a Qatari withdrawal from the military alliance underpinning Yemen’s campaign against the Houthis, splitting the GCC.

“The Emirati–Saudi dispute with Qatar caused a clear shift in the course of the war, beginning with the departure of Qatar from the Saudi-led alliance in Yemen,” observed al-Ashwal. “The beneficiary was the Houthis. They soon found supporters in the Qatari state-owned media.”

Several Yemeni factions aligned with Saudi Arabia and the UAE have accused Qatar of funding the Houthis, and al-Jazeera, part of Qatar’s state media, has grown far more critical of Emirati and Saudi involvement in Yemen since the start of the diplomatic row. The ongoing cold war between Qatar and its opponents in the GCC has even impacted al-Islah, a prominent member of the anti-Houthi coalition.

“The tension between Qatar and GCC countries had a big effect on the GCC,” said Dr. Faisal al-Hodaifi, a professor of political science at Hudaydah University, “but Qatar’s participation in the Saudi-led coalition was not so significant that its withdrawal made a particular impact on Yemen.”

Battlegrounds such as Libya, where Qatar and the UAE have bet on rival governments, represent more obvious flashpoints in the dispute undermining the GCC. Nonetheless, Yemen has chosen a side: in 2017, the Arabian Peninsula’s poorest country followed Saudi Arabia and the UAE’s lead by cutting ties with Qatar.

Since then, Yemeni leaders’ attempts to associate Qatar with the Houthis indicate that Yemen sees its relationship with Saudi Arabia and the UAE as key to its national interests. Even so, factionalism within the GCC will likely diminish the dim prospect of Yemen becoming a member state.

“If there is a further split in the GCC in the future, Yemen will likely choose any alliance with Saudi Arabia—especially if the war in Yemen has concluded,” predicted Mohammad.

The GCC has done its best to play a role in ending the conflict in Yemen. GCC Secretary General Abdullatif bin Rashid al-Zayani expressed support for the country’s then-faltering peace process in 2018. Without internal unity, though, the regional organization will lack the diplomatic coherence exercised by established intermediaries between the conflict’s parties, from Oman to the United Nations.

Meanwhile, Saudi Arabia and the UAE’s feud with Qatar precludes the consensus required for the GCC to accept any new member states, including Yemen. For now, little suggests that the GCC will expand.

“So far, there has been nothing to indicate that a political, cultural, or economic rapprochement between Yemen and the Gulf states could contribute to Yemen—now or in the future—becoming a member state of this fractious GCC assembly,” concluded al-Hodaifi.

When Saleh enjoyed close ties to Saudi King Abdullah bin Abdulaziz before Saleh’s downfall in 2011, some analysts viewed his goal of Yemen participating in the GCC as possible if not probable. Even as late as 2014 and 2015, observers of the Gulf were wondering whether Yemen might still find its way into the GCC at a later date.

Nevertheless, those hopes look all but dashed today. Still-simmering rivalries among the Gulf countries have left the regional organization more or less defunct. For its part, Yemen has far less diplomatic capital now than it held prior to the Houthi takeover of Sana‘a.

“If Yemen did not become a member state of the GCC during the reign of Saleh and King Abdullah, who came closer than any of their predecessors by reaching several important agreements,” reflected al-Ashwal, “it is difficult, if not impossible, to imagine Yemen doing so in the future.”

Photo credit: US Department of State